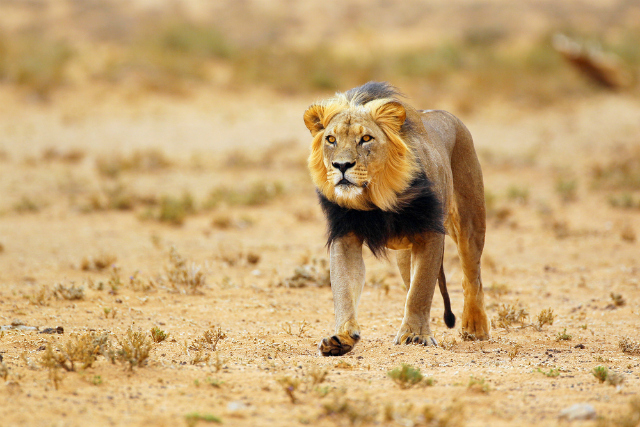 Africa’s first multi-national park, the Kgalgadi is a magical place lodged between Botswana and South Africa in the Kalahari Desert. It is famed for its predator population — more than 1,100 strong — which includes prides of black-maned lions. 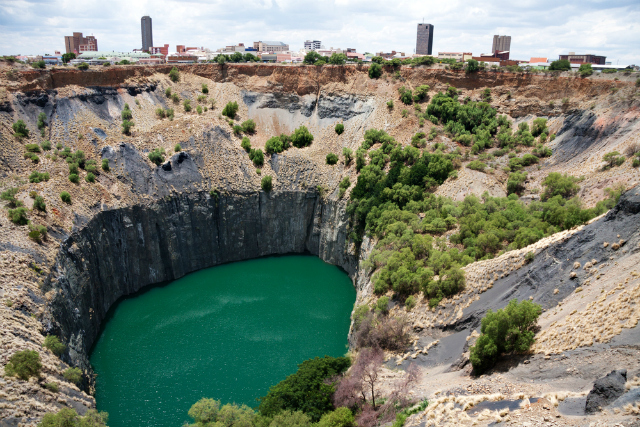 The only real city in the Northern Cape, Kimberley is a former diamond-mining town that feels trapped in time — it’s as if the clock stopped when the mine did, a century ago. Home to DeBeers Diamonds until it shut down operations there in 1914, the Big Hole (as it is called) was the world’s largest hand-dug mine, yielding a whopping 2.75 tons of diamonds. That’s about 14.5 million carats. 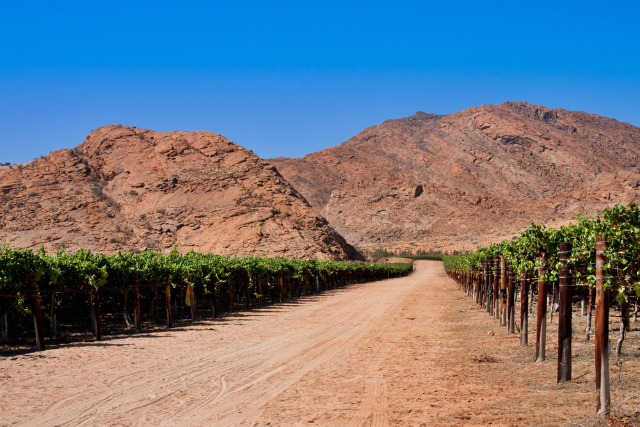 The Northern Cape’s Orange River basin has its own wine region. It may not be as famous as its Western Cape counterparts, but the “Green Kalahari” region along the banks of the Orange River actually produces more than 10% of the country’s wines. Drive the N10 and N14 between Keimos and Kakamos to sample the product. 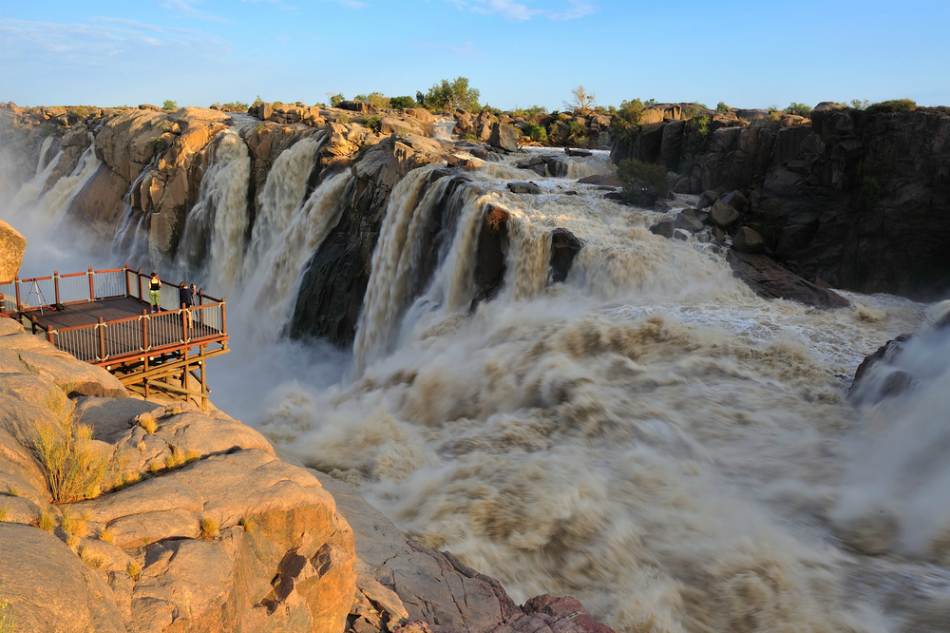 The world’s sixth-tallest waterfall, Augrabies Falls means “place of great noise” in the native Khoisan language. Visit just after the rainy season to get the most impressive photos and hear the deafening roar. 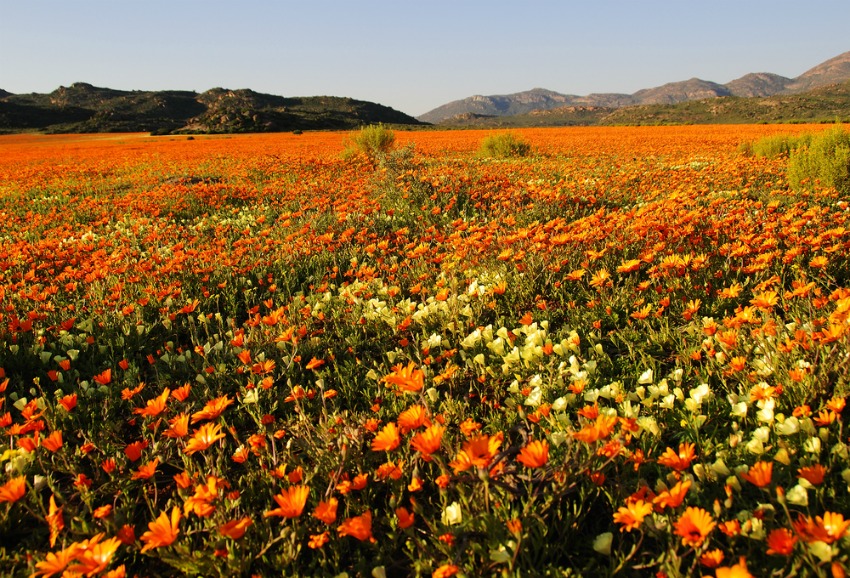 Each spring the Northern Cape’s stark northwest corner blossoms with millions of wildflowers. It’s normally a sun-baked desert, but with the spring rains comes a rainbow-colored blanket of blooms so famous and prolific that people come from around the world to photograph and paint it. 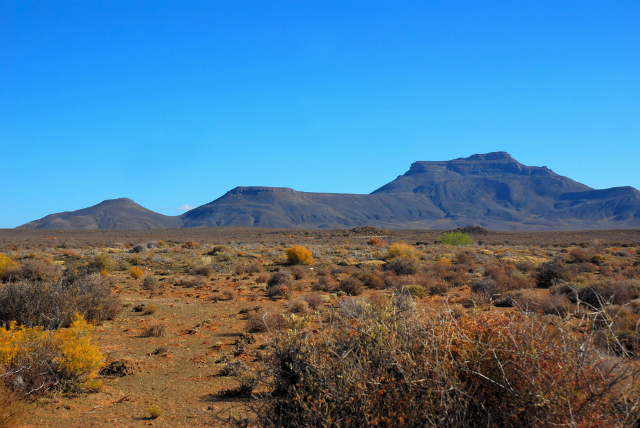 Hundreds of miles from anywhere, the sheep-farming outpost of Calvinia is a great place to get lost. Although it booms during wildflower season, the rest of the year it’s a quiet place with amazing starry night skies. It’s also a good base for some of the most spectacular drives in the Northern Cape. 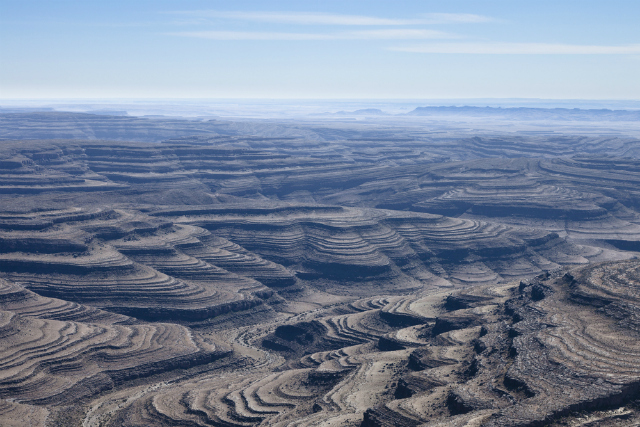 Accessible only by 4×4 vehicles, the Richtersveld is South Africa’s final wild frontier. It is a surreal desertscape of trippy looking trees, jagged ravines, sandy moonscapes and lava rocks. It’s also huge and crosses the border into Namibia. Visit during wildflower season for a truly out-of-this-world experience. That’s when it becomes a psychedelic wonderland. 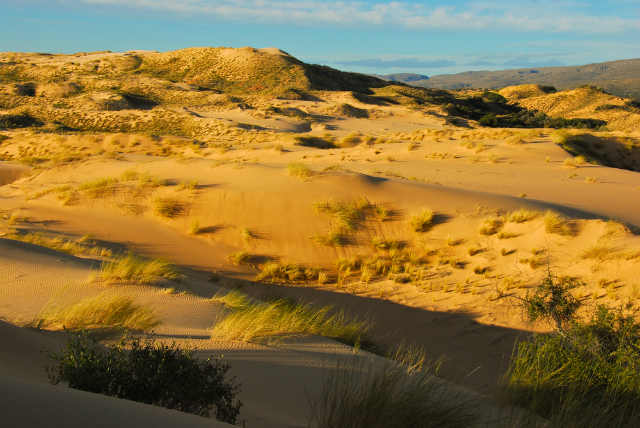 Home to the “roaring sands,” Witsand Nature Reserve is one of the province’s most unique features. When the wind blows across the white sand dunes (some are as high as 300 feet) it creates a bass organ-like sound effect. This is also one of Africa’s best spots for stargazing.

Hands down one of the best traditional off-the-beaten path destinations in South Africa, Riemvasmaak is the kind of place where donkey carts remain the main mode of transportation and visitors can expect to spend plenty of time soaking in hot springs and soaking up solitude. 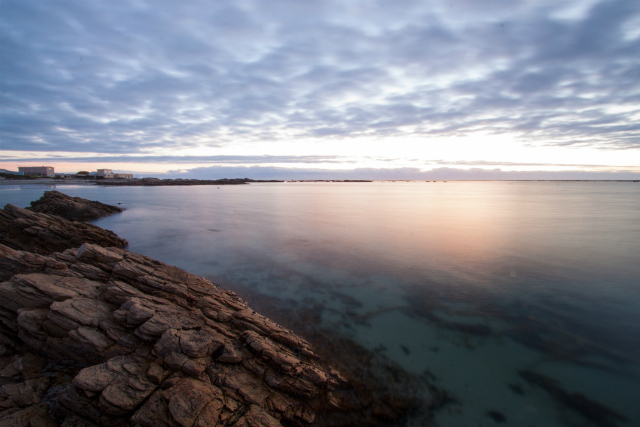 Way off-the-beaten path, Port Nolloth sits up by the border with Namibia, and right on the end of the cold stretch of Atlantic Ocean coastline they call the Skeleton Coast — although in summer months the locals will still use this stretch of beach for sunbathing. The town has an end-of-the-Earth frontier vibe, and is a choice pick for truly getting off the grid.

This article was originally published May 24, 2014