“Safari gateway” is not the usual phrase associated with Dar es Salaam, Tanzania’s sprawling and congested hub city. This title is usually reserved for Arusha, in the north of the country. But, if you are headed to Tanzania’s fabulous southern safari circuit, Dar es Salaam is one of the best starting points. After a day in the de facto capital getting over jet lag and arranging your onward transport, head south and west for the wildlife-watching experience of a lifetime.

Topping the list of southern Tanzania’s safari attractions is Selous Game Reserve, a massive tract of wilderness cut through by the Rufiji, Tanzania’s largest river and the heart and highlight of the reserve. It is here — especially around the half-dozen lakes and adjoining waterways near the main camp area – where you will see marvelous panoramas of elephants bathing, stands of borassus palms and brilliant green foliage, giraffes grazing, crocodiles sunning themselves and hippos slumbering. Kingfishers nest in the steep, earthen walls of the river bank and herons wade in the shallows. 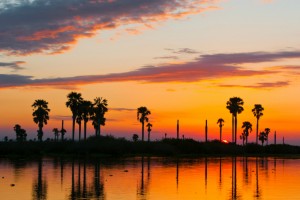 While it is just the northernmost portion of the Selous that is open for safaris, this approximately 2000 square kilometer area offers an unparalleled sense of wildness and space that — together with the scenery — is one of the Selous’ main draws. Another highlight of the Selous is the chance to see the African wild dog. The Selous is home to one of Africa’s last significant populations, and spottings are a real possibility, especially between the months of June and August.

Another unique aspect of the Selous is the opportunity to do a boat safari along the Rufiji, cruising in small launches almost within arm’s reach of the river’s many hippos and crocodiles. Walking safaris are another attraction, offering the chance to go out into the bush on foot and really get a feel for the Selous’ wildness. Most visitors fly in from Dar es Salaam (the alternative is a rough eight to nine hour road journey). With a willing pilot and amenable weather conditions, the aerial views of the river are wonderful, with glimpses of large pods of hippos a particular highlight. Plan on at least two to three nights in the Selous, and more if you will be doing a walking safari. 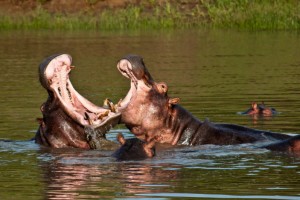 Vying with the Selous for prime billing in Tanzania’s south is Ruaha National Park, a vast, arid and baobab-studded wilderness with the country’s largest population of elephants, among many other animals. Like the Selous, Ruaha is dominated by a river — the Great Ruaha, which meanders along the park’s southern boundary, and is Ruaha’s dominant geographical feature. Yet, the similarities between the two reserves end there. The Ruaha is arid, with chains of low mountains and hills alternating with open plains. Massive, ancient baobabs dominate almost every vista, ‘sand rivers’ cut through the landscape and the feeling of wilderness is overwhelming. Another great attraction of Ruaha is its diversity of wildlife. It lies on a transition zone between woodlands and open savannah, and offers the chance to spot roan and sable antelope, greater kudu and other species not commonly seen in the north. Ruaha is also home to an important population of wild dogs. 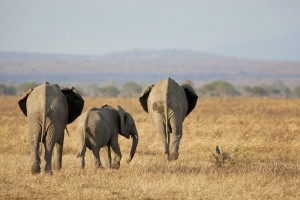 Mikumi National Park is the last of the southern safari trio. It is the most accessible of the three by road – reached via paved road all the way from Dar es Salaam. It lacks the wilderness feel of Selous and Ruaha, as a major highway runs straight through the park, and the camps are relatively close to the main road. Yet, Mikumi makes a good option for visitors without much time. With one overnight out and back from Dar es Salaam or en route to Ruaha National Park, Mikumi offers a fine chance to glimpse some of Tanzania’s natural wealth. Giraffes and zebras are frequently spotted, and buffaloes are a highlight.

Also in the south are Udzungwa Mountains National Park, just southwest of Mikumi Park, and Kitulo National Park, in Tanzania’s far southwestern corner. Both of these are primarily hikers’ destinations, although both also support important populations of endemic monkey species.

What differentiates the south from the north, as far as Tanzania safaris are concerned? The accessibility of wildlife is one difference. Throughout the south, the wildlife is not quite as accessible as it is in much of Tanzania’s northern circuit. It is there — and plenty of it — but in general, you will need to work a bit to find it. In much of the north, by contrast, the animals practically come to you. Another difference is the volume of visitors. Although the southern parks, especially Selous Game Reserve, can get crowded during the peak season from June through September, they still are wonderfully untrammeled in comparison with the more crowded north. Depending which parks you visit, another difference is the type of wildlife, especially in Ruaha, with its mix of southern and northern species.

Both Selous Game Reserve and Ruaha National Park are best visited in the cooler, dry season from about June through September or October. From March through May, much of the Selous, in particular, is inaccessible due to heavy rains, and many camps in both parks also close during this time. Mikumi National Park can be visited year round. During the March through May rains, though, wildlife spotting can be difficult, as animal populations are much more widely dispersed, and vegetation is dense.