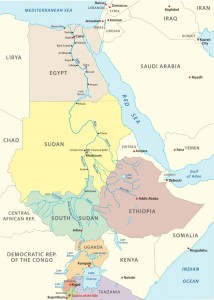 The route of the river Nile (Shutterstock)

The Nile river travels almost 7000km before emptying out into the Mediterranean Sea, passes through five countries, and provides a water source for half a dozen more.

It launched arguably the world’s most complex ancient civilization, inspired a troupe of explorers as well as an Agatha Christie novel, and has been the center of geo-political disputes for decades. On top of all of this, the world’s longest river is also a travel icon and exploring its currents and banks makes for an awesome African adventure.

Here’s how and where to make the most of the Nile. 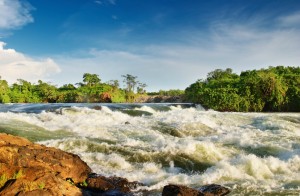 “If you want something easy, raft the Zambezi.” This is the tongue-in-cheek, unwritten slogan of the white-water rafting companies based in Jinja, referring to a similar adventure available on the Zimbabwe/Zambia border. Uganda’s second city is the country’s adrenaline capital, based alongside what is largely agreed to be the source of the White Nile, Lake Victoria. Rafting trips here are a far cry from the sedate sailing trips along the Egyptian section of the river. Rapids range from grade three to grade five (on a six-point scale), and things can get pretty hairy, with eight major rapids along a 25km run. Luckily though, there are pleasant stretches between each adrenaline-boosting obstacle where you can chat, munch on snacks and admire the verdant river banks, looking out for birdlife from the comfort of your raft.

If you’re more interested in animals than adrenaline, Uganda’s other great river encounter might be more fitting. Murchison Falls National Park is the country’s largest and is home to plenty of big game, including hippo, elephant, lion, giraffe and hyena. Even more impressive though, are the falls themselves. Imagine a river measuring 50 metres across suddenly being forced through a gap in the rocks no more than six metres wide. It’s rightly considered to be one of Uganda’s most spectacular sights and one of the most impressive parts of the entire river. A three-hour boat trip takes you through croc-infested waters to the base of the falls, from where you can hike to the top if you plan and book ahead. 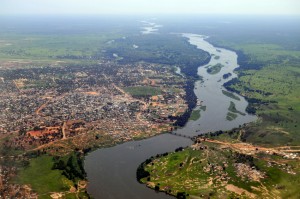 The tourism infrastructure in Africa’s youngest country is sparse to say the least, but operators have already realized that South Sudan has an obvious crowd-puller – the Nile. The river is a focal point in capital city Juba, but it is in Nimule, a border town 200km to the south, where the adventure happens. Here, inside the Nimule National Park, intrepid travellers can join a two- to four-day white water rafting trip snaking north towards the capital. Trips start below the diminutive Fola Falls and take in a range of lower grade rapids, though those seeking something more challenging will also find a few hair-raising moments. This rural region is sparsely populated when it comes to people, though there’s an excellent chance of spotting antelope, elephant, crocodile, hippo and monkey as well as a host of birdlife. More sedate wildlife-watching boat trips are also on offer within the park, providing one of the continent’s most offbeat safari experiences. Be sure to book any activities in advance as they don’t operate on a regular basis.