Eating your way around the globe is an acceptable reason for planning a travel itinerary, so why shouldn’t the same be true for drinking? When taken in moderation, booze can be as much of a cultural encounter as music, art or street eats. It often comes with its own etiquette and it can say a lot about the country or region in which it is found. South Africa loves a party, so why not seek out something from this six-pack of local tipples — you might just learn a little about the local culture while you’re sipping. 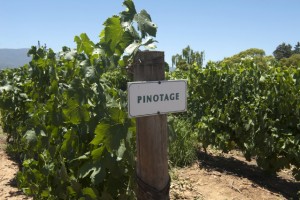 The roots of the South African vine stretch back over 300 years, when the first Dutch settlers arrived on Cape Town’s shores. The earliest vineyards were planted in what is now the suburb of Constantia — still home to a small wine route today. The majority of the Cape wineries though, lie in Stellenbosch, Paarl and Franschhoek, a trio of towns about an hour east of Cape Town. Tour the Winelands on foot, on horseback, by bike, or on a guided tour — or if you’re lucky enough to have a designated driver, design your own route and drive between tastings. Look out for cellar tours, tutored tastings and interesting food pairing experiences — there’s everything from wine with cheese or chocolate, to wine and marshmallows, biltong (a spicier version of beef jerky), nougat or ice cream. For a less crowded wine appreciation experience, try the Darling or Swartland regions to the north or the tasting rooms of the Elgin or Hemel en Aarde valleys further east. Wherever you are, be sure to try some pinotage, South Africa’s home-grown grape. 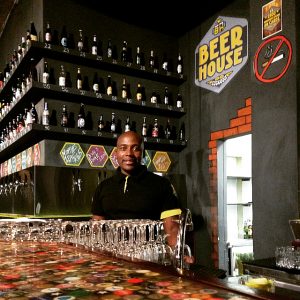 Despite wine’s long-running fame and glory, beer is consumed on a far greater scale than its more potent counterpart in South Africa. And in fact, beer’s history goes back a few years further than that of wine, pretty much arriving with the first Dutch settlers in the mid-17th century. The main producer of beer is brewing giant SABMiller, the world’s second largest brewery. Their lagers have been sipped alongside meat from the braai (barbecue) for decades, but in recent years some new faces have appeared in beer fridges alongside the old favorites. Much like in the USA, Australia and parts of Europe, South Africa has undergone a beer revolution in recent years, with microbreweries popping up all over the country. Some offer brewery tours, others run tutored tasting and beer pairings while some are only open for off-sales. For a truly South African experience, seek out unusual brews featuring local ingredients such as rooibos – a plant usually cultivated as a herbal tea – and buchu, a pungent herb once used in traditional medicine.

So-called “clear beer” predates wine by just a handful of years in South Africa, but sorghum beer goes way back. This low-alcohol brew has been a part of traditional South African life for centuries and continues to be a popular beverage in many parts of the country. Brewed from sorghum malt, maize, water and naturally occurring yeast, umqombothi, as it is known in isiXhosa (one of South Africa’s official languages) bears little resemblance to its fizzy amber friend. Its greyish-pink, opaque appearance, chunky texture and sour taste all combine to make this an acquired taste, but sampling some is an essential part of any trip to South Africa. You can buy a mass-produced version, but for a more memorable tasting experience, head to a township shebeen (bar) or rural village as part of a guided tour. Traditionally, sorghum beer is sipped from a large communal container – sometimes a bucket or sometimes a decorative pot known by the Zulus as ukhamba. The beverage comes with its own manual of dos and don’ts, so make sure you taste with someone in the know on sorghum beer etiquette.