Over the last century — and especially the last few decades — poaching has taken its toll on African wildlife. One reason is because the market for the spoils of poaching is so lucrative: ivory and rhino horn regularly sell for prices exponentially higher than narcotics; and the growing demand for bush meat is also a factor. But African nations are fighting back. In addition to passing laws, which are often not strong enough to deter poachers, many national parks and governments have introduced aggressive new tactics to stem the tide. Here are details about 10 parks in 10 countries and how they are affected by poaching. 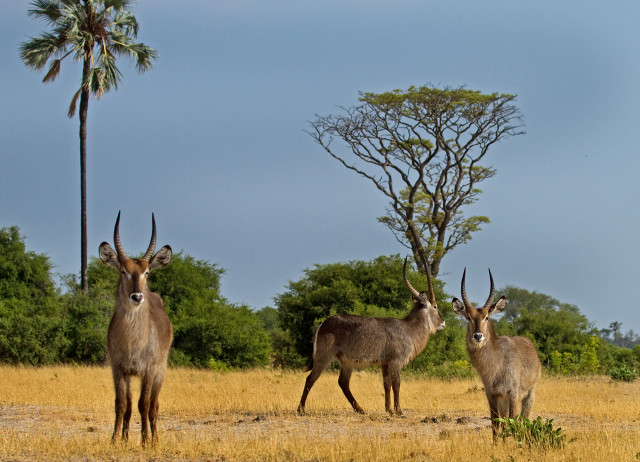 Set in the western side of Zimbabwe near Victoria Falls, Hwange is the largest wildlife reserve in the country. Recently the park has been under heavy attack from poachers, and in October 2013, over 100 elephants were killed via cyanide poisoning. By all accounts it was the largest massacre of animals in southern Africa in 25 years. Since this horrifying incident, fundraising for anti-poaching measures has increased dramatically. These efforts have resulted in the addition of 23 more 4×4 patrol vehicles throughout the park. A research coordinator from the Wilderness Trust has also been assigned to help the Zimbabwe Parks and Wildlife Management Authority protect Hwange. 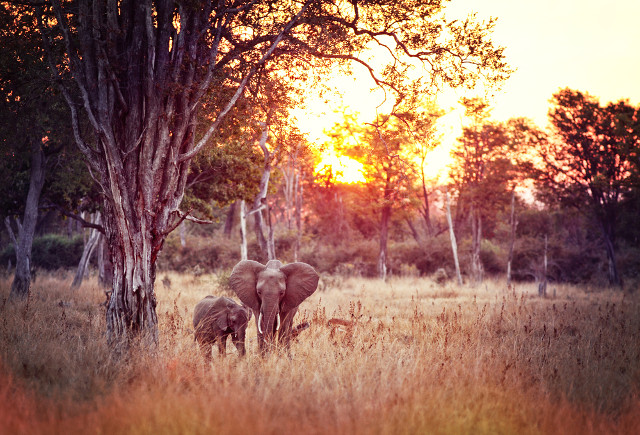 Known for its large herds of elephants and walking safaris, South Luangwa National Park has also had a troubled past with poaching. Many elephants have been killed over the last few decades, and the park’s population of black rhinos was completely wiped out in 1987. The South Luangwa Conservation Society has launched both anti-poaching and anti-snaring campaigns in cooperation with the Zambian Wildlife Authority. The SLCS also has a village scout program that employs 36 people who have removed thousands of snares. 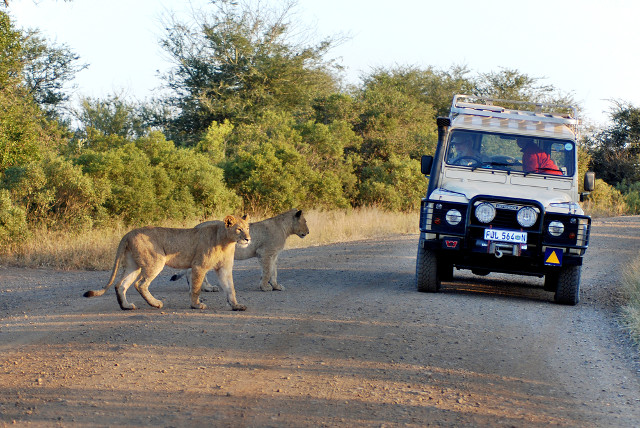 Kruger, one of the most famous parks to go on safari in Africa, is home to close to 12,000 white rhinos. Unfortunately these majestic creatures are often slaughtered in the dozens, and in 2013 an unbelievable 550 were killed for their horns. This has placed South African National Parks under massive pressure to stop the poaching. Environmental affairs minister Buyelwa Sonjica has set up an organization called the National Wildlife Crime Reaction Unit that is meant to speed up prosecution of poachers. The new organization will work with organized and environmental crime units in order to target where the poachers are likely to go before they strike through statistical analysis and other new tactics.

This park had been neglected for several decades until 1989, when a restoration project began. Prior to this, the elephant population fell from 300,000 in 1970 to 10,000 in 2007. Despite the massive losses, Zakouma is the only place left on earth where a single herd of more than 1000 elephants exists. Under new efforts, no elephants have been killed since October 2011. 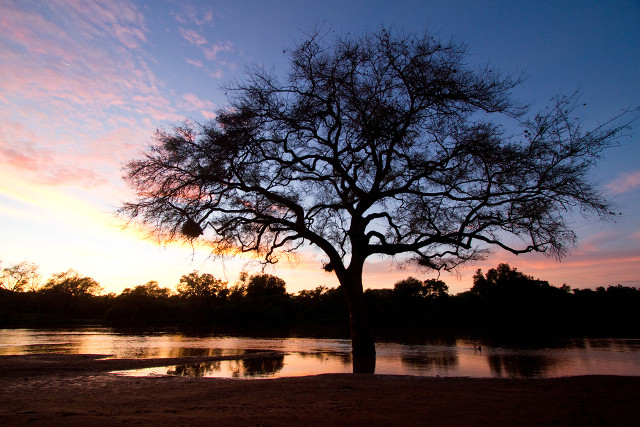 Parque Nationale de Limpopo, a former hunting zone that was established in 2011 as a national park,  hasn’t had as much trouble with poachers as other parks. But its location adjacent to Kruger National Park still makes it a prime target for poaching activity. 2013 saw a decrease in poaching: 43 poachers were arrested that year, up from 14 in 2012. The park has recently deployed 30 new field rangers that help guard the western boundary with KNP. PNL has also been cooperating with the KNP protection unit on an anti-poaching mission called Operation Capricorn.

This park is in the middle of the second largest tropical rainforest in the world and home to a wide range of species. It was declared a UNESCO Man and Biosphere Reserve in 1977, and has some of the largest contiguous forest ecosystems in Africa. Poaching is an ongoing issue, but the nonprofit organization African Parks has recently helped to bump up anti-poaching initiatives that have led to more arrests. 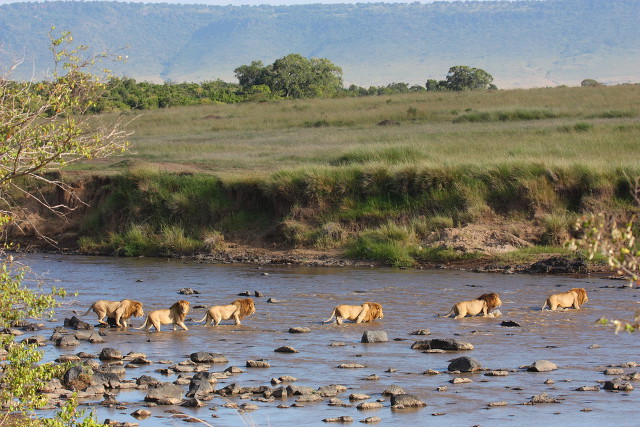 Known locally simply as “The Mara,” this park sits in the northern section of Serengeti National Park, one of the most famous in the world. It is known for its huge numbers of big cats and the annual wildebeest migration. Over the years, the area has experienced massive wildlife loss due to both organized and local poachers, many of them involved in the bush meat trade. To make matters worse, Maasai Mara is not protected by the Kenya Wildlife Service, which means that anti-poaching efforts have to be privately funded. Projects such as the Mara Elephant Project and Care for the Wild have helped recruit local tribesmen to help in anti-poaching efforts.

This park is predominantly comprised of dry savanna and is located close to the border of Nigeria. As this park is home to both elephants and black rhinos, it is a prime area for the lucrative ivory trade and lack of funding for security has left the area vulnerable to poaching. Faro National Park is currently working with the African Wildlife Foundation to enhance its borders. AWF has provided the park rangers with computer technology and items such as high-powered binoculars to help stop poachers. 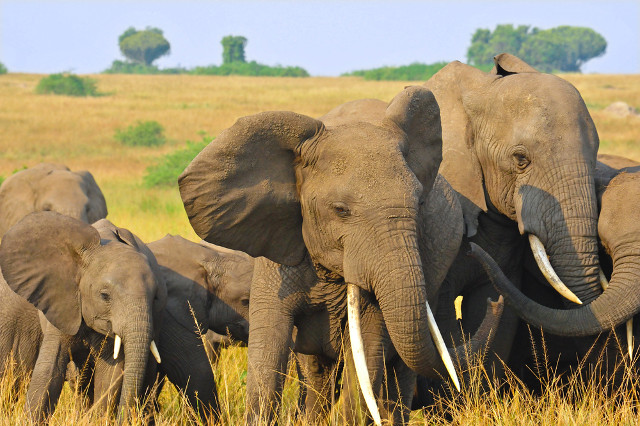 Named after Queen Elizabeth II, this park is the most-visited tourist spot in Uganda. Not only has the park had poaching issues in the past, but many of the animals were killed in the Uganda-Tanzania war (Liberation War) of the 1970s. Remarkably, Uganda has now taken a turn for the better. The Uganda Conservation Foundation along with the Uganda Wildlife authority have teamed up to launch new anti-poaching efforts, including conducting operations by boat from three marine stations. This strategy has led to a reduction in poaching by allowing the rangers to target criminals more effectively.

This national park, Nigeria’s first, serves as a bird and animal sanctuary and is home to a wide range of species from leopards to baboons. The park is about 560 km north of Lagos and is split between two sectors, one of which still lacks infrastructure such as access roads. These factors have combined to make the area a magnet for poaching, with hundreds of incidents recorded each year. Anti-poaching efforts have started to improve in recent years, and the lion population has now stabilized. KLNP is one of the few places in West Africa that has been able to maintain a stable population of lions, and is one of only one of four places in the region where wild lions are still known to exist.