The first concern of many people planning an African vacation — aside from where to go and what to pack — is whether they will be able to deal with Africa’s relative lack of infrastructure.

Many parts of this complicated continent are under-developed in terms of transport networks and public utilities compared to Europe or other parts of the Western world. This fact is somewhat over-emphasized by international news outlets, to the point of causing would-be visitors to have difficulty imagining how they will enjoy the spectacular game reserves and pristine beaches in spite of limited road networks, periodic blackouts and possibly unsafe drinking water.

Granted, infrastructure development varies depending on the status of the country. Countries like South Africa are generally recognized as having relatively well put-together road networks and public utilities, and most major cities in other countries will likely have at the very least reliable roads, electricity and so forth.

But it’s true that places further from the central business districts and resort areas lean more towards “could do better” in terms of amenities, and it’s true a vacation could be dampened by, say, the recent flooding in Tanzania, which was caused by the unfortunate combination of heavy rains and poor drainage facilities. 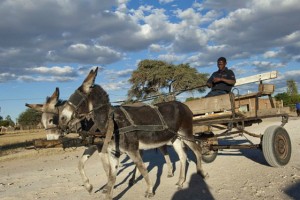 While I don’t seek to dispute the cons of the infrastructure, I hope to inform you of the pros.

Allow me to begin with an assurance: if your intended vacation is to Kenya, the issue of infrastructure should not worry you. Hotels, campsites, resorts and other tourist-friendly areas are built with visitor convenience in mind and are motivated to give you the best possible experience.

Locations are generally chosen based on accessibility via road or private airstrip, with many lodge or resort owners improving the pre-existing road structure by constructing and maintaining routes that lead to their establishments, or providing charter flights, such as from Wilson Airport in Nairobi directly to the Maasai Mara.

Furthermore, electricity is provided via hotel-owned generators in places not yet reached by the national power grid, with other amenities like clean running water, cable TV and so forth similarly privately sourced. Even in the most untamed parts of Kenya, creature comforts will follow you should you so choose.

For example the Lewa Wilderness provides a spectacular chance to view a conservancy populated by wildlife and exotic species — it’s a bird-watchers dream. Amid the vision of Africa popularized by iconic films such as “Mogambo” and “Out of Africa,” visitors get to indulge in horseback riding, camel riding, scenic flights and much more, then retire to rustic cottages offering every comfort that a hotel in London or New York would.

But considering that many come to remote parts of Africa to get away from busy, hectic lives, it can be argued that less infrastructure is actually an advantage rather than a liability. A vacation in the bush is enhanced by the feeling of rustic-ness and escaping from the modern world.

With this in mind, limiting the accessories of modern life to the bare minimum is surely the best way forward. A serene visit to the Lake Nakuru National Park is made more authentic by the drive along nothing but a dusty trail, far from the customary sounds of blaring car horns and idling engines in traffic.

If asked to choose between disrupting the natural order to build roads through a park which houses wildife that’s popular with tourists, and leaving the dirt roads as they are, what would you pick? In this scenario, underdevelopment is a plus: it allows visitors to view places like Hell’s Gate National Park undisturbed by human intervention, conserving what precious little we have of the Earth in its original state, and leaving wildlife habitats in prime condition for the fauna.

Leaving African attractions unspoiled also offers tourists the opportunity to immerse themselves in local experiences. A tourist biking up dirt trails in Kiambu will see women going in search of firewood, and a visitor to Kyamwilu in Machakos can watch in disbelief as water flows uphill. Residents may be long since accustomed to these occurrences, but the lack of “Westernization” helps connect foreign visitors to a different way of life and can broaden their horizons in new and exciting ways. 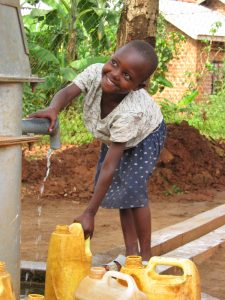 Ugandan girl at a well (wikipedia)

Going even further and having a truly immersive experience in the form of a homestay vacation can even challenge a tourist’s preconceptions about the inherent value of technological progress. A glimpse into life in a supposedly “underdeveloped” Kenyan village can demonstrate how much is possible in spite of modest infrastructural systems. After working alongside rice farmers in Mwea, without the benefit of running water and electricity, or weaving baskets alongside Masaai women in remote villages, one might learn to appreciate the simple pleasures and rhythms of traditional life. You may even come to consider modernity a nuisance.

There are also health benefits to lack of infrastructure: having to walk up the slopes of Mount Longonot or scale Mount Kenya (for the more adventurous among us) reminds us what the human body was built for, and provides a departure from the sedentary lifestyle imposed upon us by modern conveniences such as escalators and cars. Through it is strenuous, few people even remember the exertion required to reach the put-in point for a day of high-adrenaline whitewater rafting, or, nerves permitting, a bungee jump set against the lush, undisturbed backdrop of Sagana.

Braving Africa’s unreliable infrastructure to enjoy undiluted culture among the Samburu villagers in Laikipia, or to savor a private outdoor shower in a remote campsite in Lewa will do little to harm your vacation; in fact it can offer irreplaceable experiences you won’t find anywhere else. In Africa, the silver lining far outweighs the cloud, so the only thing left to do is finish packing your bags and go.