The last thing you want to see while on vacation in a beautiful African country is a bug nonchalantly making its way across your shoe, right? Not necessarily. Some African insects are actually quite beautiful, and can even enhance a trip. Hard to believe? Read on to find out about some of the creepily fascinating — and strangely fashion-forward — bugs you might encounter. 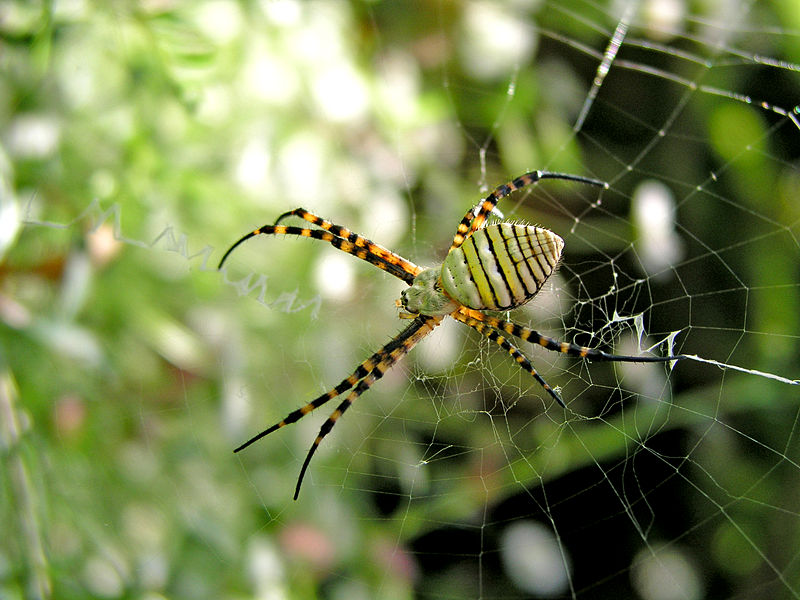 Argiope bruennichi, known simply as the “wasp spider,” is a colorful little guy native to parts of north Africa. Spinning its web usually at dawn or dusk, the wasp spider is generally uninterested in people, but might bite in self-defense if disturbed. Don’t worry though: the venom is mostly harmless to humans, and is even used in some areas for medicinal purposes. 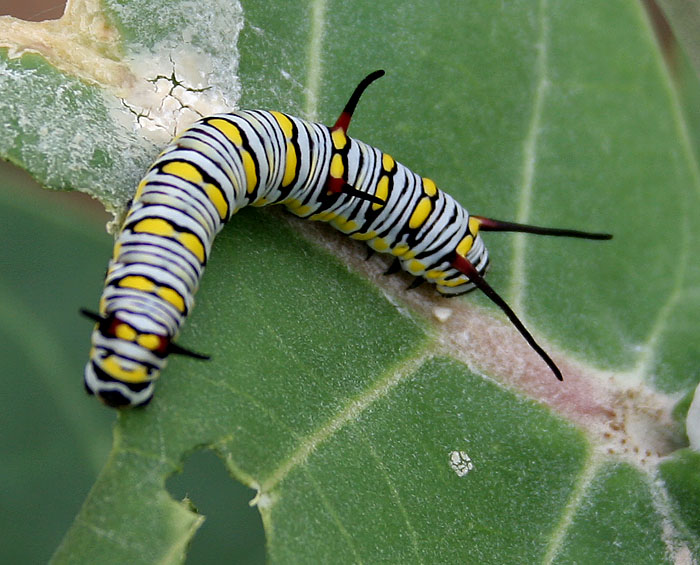 Seen here rocking the latest in tribal print couture, Danaus chrysippus in often overlooked in the caterpillar stage and is more widely recognized in its adult stage, when it transforms into a monarch butterfly. The plain tiger caterpillar contributes to the already stunning African landscape with eye-catching colors worthy of a runway. 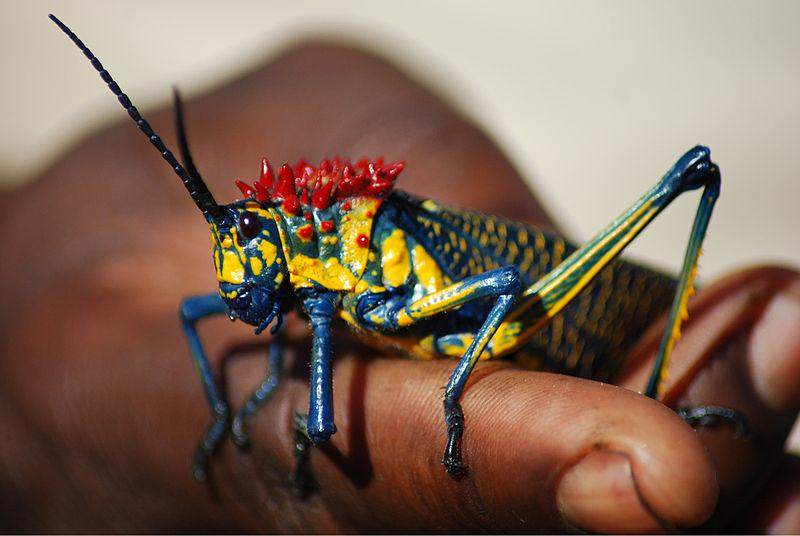 The dashing rainbow milkweed locust resides in Madagascar, where he spends his days partying with lemurs and poisoning his natural predators with toxins derived from his primary diet of milkweed. He is also big fan of primary colors — colors that mean trouble for anyone in search of a quick lunch. In this case, what we call beautiful is a flashing neon “stay away” sign. 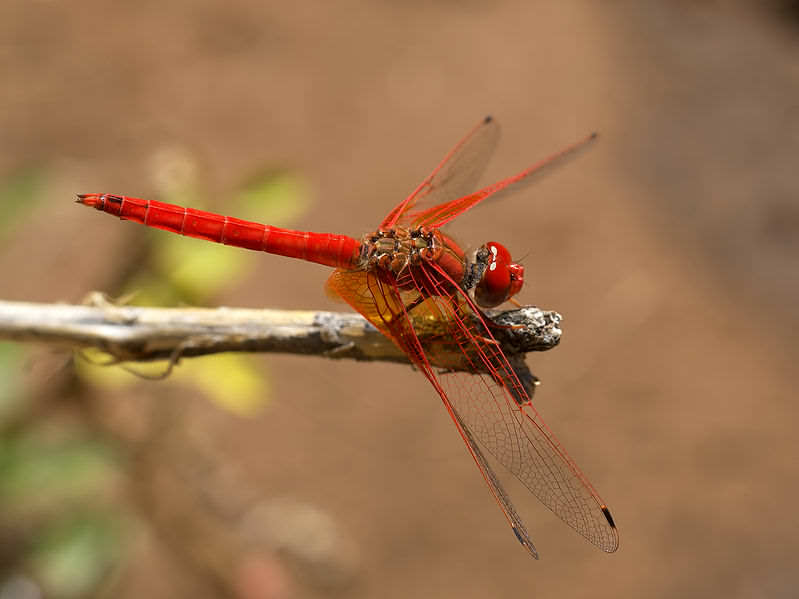 Proving that red is not just for Valentine’s Day, Kirby’s dropwing (Trithemis kirbyi) represents Team Dragonfly on the vibrant African fauna scene, bringing a special flair to the continent, from Tunisia to South Africa and almost everywhere in between.

The Smurf-like creepy-crawly you see here is known as Eupholus bennetti. This species of weevil, which calls the rainforests of New Guinea home, exists in stark contrast to the lush flora. Its vivid coloring warns anyone on the prowl for a quick snack that it’s not at all pleasant to taste. The name “bennetti” honors prominent naturalist George Bennett, who discovered the bug. 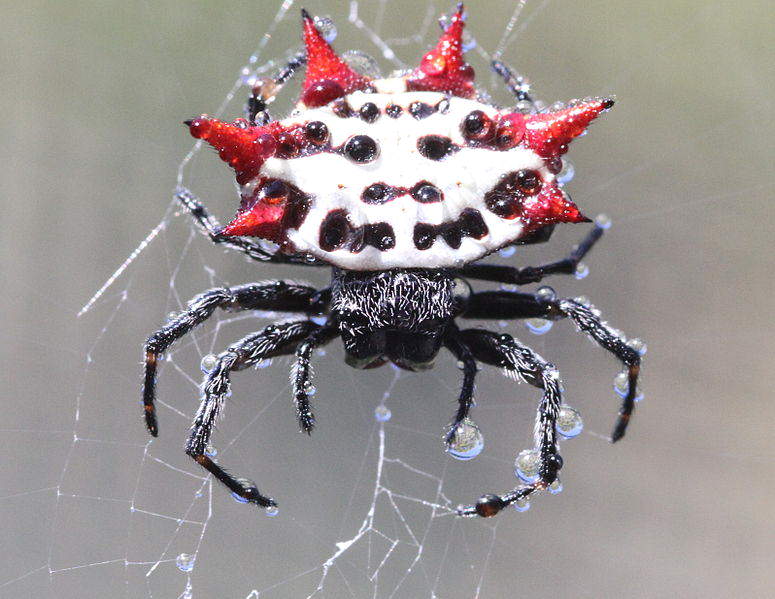 Common in central, eastern and southern Africa, the spiny orb weaver sports different combinations of white, red, black and yellow. Upon encountering an orb weaver, even the most steadfast arachnophobe would pause to admire it for a moment before making a frenzied effort to get as far away as possible. 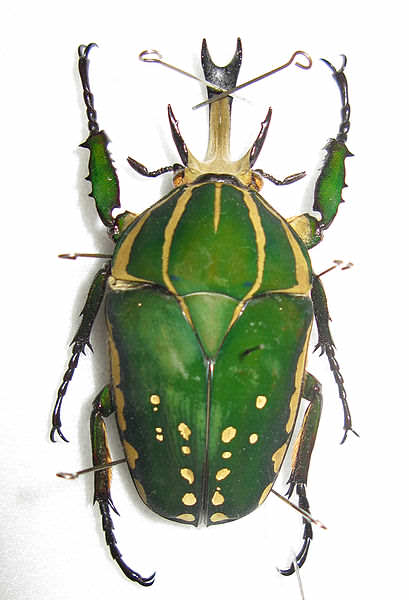 Known scientifically as Chelorrhina polyphemus, the giant African fruit beetle is a vision in vivid green hues that blend perfectly with the tropical African forests it prefers to call home. Subsisting on fruit and tree sap, this is one harmless bug that you’ll enjoy watching on safari, if you can find him. 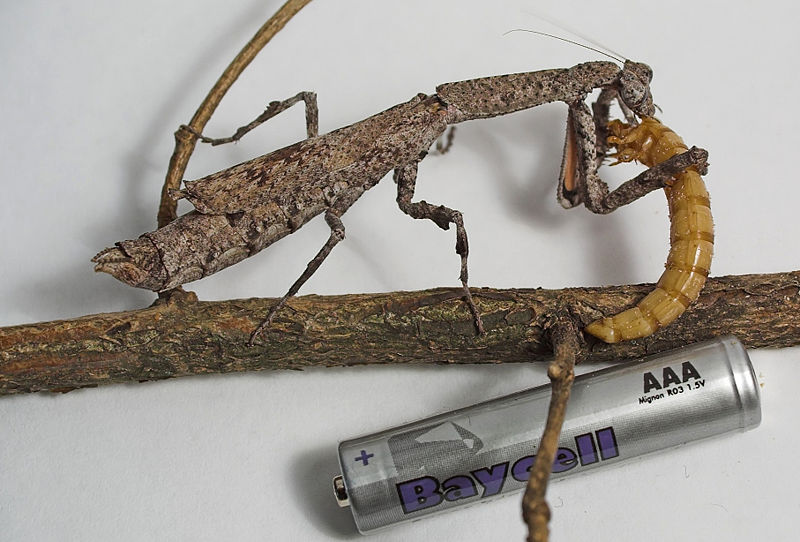 Can you spot our camouflaged friend? The African twig mantis is nearly impossible to see in his natural habitat of dried leaves and twigs. Seen here enjoying a meal, the battery is included for scale – not very big, is he? 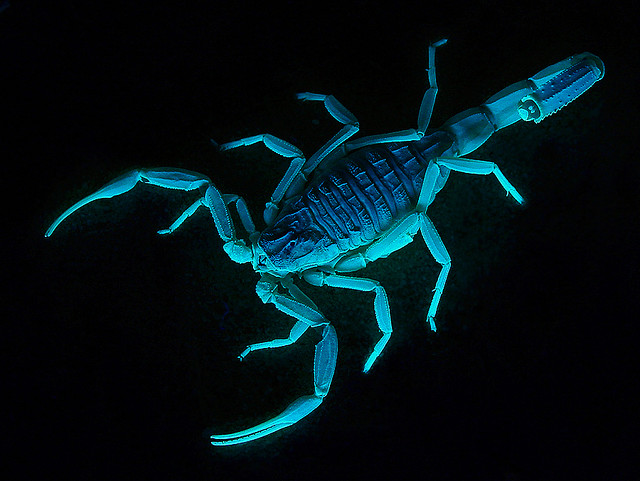 Scorpions may be the last thing you want to encounter in Africa — or ever, really — but we know something you don’t: scorpions are secretly beauty queens. When night falls, any brave soul armed with a black-light willing to search them out will be rewarded with an mesmerizing blue glow, due to the presence of fluorescent chemicals in their armor. We don’t recommend looking too closely, though, and DEFINITELY do not step on one, unless you want to end up in the emergency room. 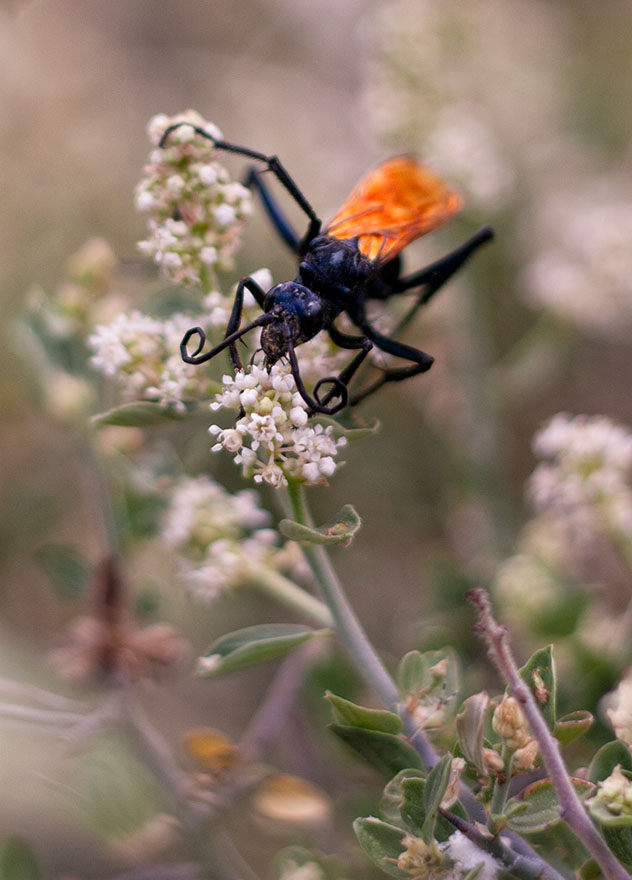 This delicate-looking beauty in timeless black and orange is a sight to behold. Should you choose to observe, do so from far, far away. While generally good-natured, the tarantula hawk will sting in self-defense — a sting rated among the most intensely painful on Earth, second only to the bullet ant. She gets her name from her horrifying habit of laying her eggs inside a living tarantula’s abdomen.

15 African Spiders And Creepy Crawlies You Don’t Want To Meet
The Living Desert: 10 Small, Miraculous Critters Of The Namib
10 Unusual Creatures of the Serengeti