Lesotho is all too often overlooked by African travellers, but once people venture into its borders, they often find their hearts stolen. This small but perfectly formed nation sits entirely above 1000 meters and is completely encircled by South Africa. Its meandering rivers and roads, jagged mountain peaks, smiling faces, and limpid cobalt skies combine to make the “Kingdom in the Sky” a place that once visited is difficult to leave, and there’s a surprising amount to do there. Here are eight ways to have a great Lesotho experience.

When you think of national parks in Africa, you probably think of elephants and giraffes silhouetted in front of an improbably large fluorescent sunset, or big cats lazing under acacia trees. Lesotho’s parks don’t boast any big game, but what they lack in animal encounters they more than make up for in solitude, remote hikes, and rugged beauty. For a truly off-the-beaten-path experience, head to Sehlabathebe National Park in Lesotho’s hard-to-reach southeastern corner. This is true wilderness hiking, so come fully equipped. And don’t forget spare batteries and camera memory cards — the scenery and prolific birdlife will ensure that you’re constantly snapping. Easier to reach but no less beautiful, Ts’ehlanyane National Park has a good network of walking paths. If you’re feeling particularly strong, tackle the 39km trail to the Bokong Nature Reserve, home to yet more impressive scenery. 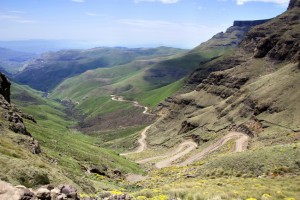 It’s close to impossible to find a Lesotho road that doesn’t make you want to jump out for a string of photos at every available place to pull over. Enter at Tele Bridge in the South and head east, where the road snakes alongside the impressive Senqu (Orange) River. The Central Highlands are home to rolling green hills dotted with rural homesteads and the occasional herder. Further east, the scenery gets more dramatic and the passes more breathtaking. Stop when and where you can both to fill up on photos and to steady your nerves — back-to-back hairpin bends are as much a feature of the landscape as the donkey-drawn carts you’ll be overtaking on many of the routes you drive.

Go horseback riding through the highlands

Without doubt the country’s most famous outdoor activity is a pony ride along some of the less accessible mountain paths. The Basotho ponies are famed for their sure-footedness, navigating chunky boulders and riverbeds as well as tamer terrain. Malealea, a small village in the west of the country, has become the quintessential place to saddle up and explore for a matter of hours or days. Opportunities to take to the saddle exist throughout the country though, some visiting rural villages and others simply taking in the ravines, peaks, and rivers that characterize Lesotho’s landscape. 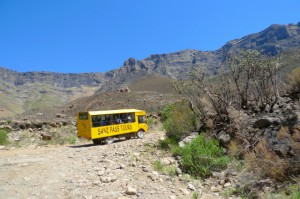