Cape Town has many names. Over the years it’s been labelled the Mother City, the Fairest Cape, the Cape of Storms and the Tavern of the Seas. And it’s perhaps the latter that comes closest to the truth, for the city at the south-western tip of Africa owes its very existence to the task of keeping travelers properly fed and watered.

When Dutch commander Jan van Riebeeck stepped ashore here in 1652, he didn’t have colony and kings in mind. His orders were to establish a refreshment station for the ships of the Dutch East India Company on the spice route to Asia. The rivers tumbling off Table Mountain and the rich soil on its slopes made it the perfect place to plant a garden and lay the table.

And in some ways, little has changed in the 350 years since. Today, Cape Town is regarded as the culinary capital of South Africa and draws gourmet travelers from far and wide, who never fail to find a warm welcome and the table laid for dinner.

As with many harbor cities, the influx of migrants has shaped the culinary character of Cape Town’s kitchens. The Malay slaves from Batavia — modern-day Indonesia — brought their fragrant spices; the Huguenots lent their skill at winemaking; and the Europeans continued a long tradition of fine food. 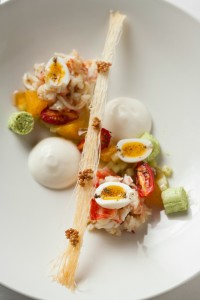 For the best Continental food in the city, head for Giorgio Nava’s 95 Keerom, or test your taste buds on cutting-edge cuisine at La Colombe in the Constantia winelands. The Greenhouse at The Cellars-Hohenort Hotel is one of the most lauded restaurants in the country, while The Test Kitchen by Luke Dale-Roberts offers Michelin-quality cooking.

They’re all outstanding, and could hold their heads high anywhere in the world, but for a true taste of Cape Town start in the colorful suburb of the Bo Kaap. Translated literally as “above the Cape,” its bold-hued houses, Islamic roots and fragrant Cape Malay food make it a must-see for visitors to Cape Town.

Aside from spicy samosas and coconut-dusted koe’suster doughnuts, curries are the hallmark of the kitchens in this corner of Cape Town. But unlike Indian dishes, the emphasis here is on fragrance, not fire.

For an authentic taste, stop in at the Noon Gun Tea Room & Restaurant, which has been run by the Misbach family for nearly 20 years. Aromas of turmeric, clove, cinnamon and garam masala waft out the door, thanks to the delicious bredies, breyanis and bobotie (a spiced mince dish) that have made the eatery popular with both locals and tourists.

Down the road in Upper Wale Street, Biesmiellah’s is another long-standing favourite. The half-moons and chili bites will warm up your taste buds for the slow-cooked lamb denningvleis or the subtly spicy chicken kalya. Remember, though, that both restaurants abide by Islam’s halal principles, so no alcohol is served. Rather, try a glass of cooling rose-flavoured falooda.

The seas that brought the Malay slaves to the Cape in the 1600s have also shaped the tradition of seafood in the Mother City. You’ll find harbors dotted around the Cape Peninsula, with deep-sea trawlers and in-shore boats landing their catch each day: yellowtail, snoek, angelfish, rock lobster, kingklip, kabeljou and tuna all feature prominently on Cape menus.

While much of it flies off to European and Asian tables, a handful of city restaurants make a special effort to ensure their catch of the day is exactly that. Baia, in the ever-popular V&A Waterfront, is famed for its fresh seafood but is priced at a premium, while at the other end of the scale, casual fish-and-chip joints can be found across the city. Mariner’s Wharf in the Hout Bay Harbor, and Kalky’s in Kalk Bay are two of the finest.

The seaside village of Kalk Bay is also home to the fantastic Harbour House, which has its own boat to ensure the catch of the day has barely stopped flapping. It’s not the cheapest spot in town, but the jaw-dropping sea views make it well worthwhile. Phone ahead for a window table, particularly in the summer.

Restaurants across the city make an effort to use fish from sustainable stocks, and many abide by the South African Sustainable Seafood Initiative (SASSI), which ranks fish as Green (sustainable, enjoy freely), Orange (stocks under threat, think twice) or Red (illegal/threatened, do not order).

Chefs such as Stefan Marais at Societi Bistro and Vanessa Marx at Dear Me are leading the charge on this front by only serving ‘Green’ fish. And for once, that’s a compliment!

Throwing a snoek – a fish similar to a barracuda – on the barbecue is a long-held tradition in the Cape, but South Africans will find almost any excuse to light the braai fire. 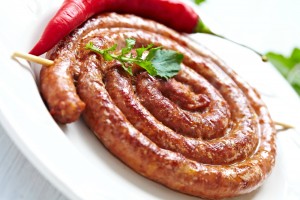 Sharing beer and boerewors (literally, farmer’s sausage) around the fire is a pastime that crosses cultural boundaries, and the no-frills shisi nyama (informal barbecue joints) in the working-class townships have become popular outings for adventurous suburbanites and curious tourists.

Mzoli’s Place in Gugulethu, 15 minutes from the city center, is the elder statesmen of shisi nyama in Cape Town, and the recipe is simple: take your pick from the chops, sausage, steak and chicken at the butchery counter, hand your meat to the cooks out back, and wait for the meat-feast to be grilled.

No alcohol is sold at Mzoli’s, but you can bring your own or buy from the (semi-legal) liquor stores nearby. If you’re not brave enough to go solo, a number of tour operators offer trips here for a taste of township life.

Despite the grumbles about Cape Town being more of a European city than an African one, there are wonderful continental eateries to be found here.

The Africa Café is a popular spot for tourists, but can get crowded when tour buses descend; while Gold offers a fairly Westernized take on African cooking. My favorite, though, is Addis In Cape, where owner Senait Mekonnen brings an authentic taste of Ethiopia to the Mother City.

And the menu of dining experiences doesn’t end there: Cape Town is a truly cosmopolitan city where the menus are as colorful as the streets. You’ll find anything your heart, or stomach, desires here so my advice is simple: come hungry.