If you ever wondered what the offspring of a chimpanzee and a skunk might resemble, look no further than the colobus monkey. Living in forests throughout Africa, these monkeys are one of the most recognizable and most easy to identify primates, thanks to their gorgeous manes of long white tufts that contrast with their short black fur. But what makes them stand out from the other monkeys? You’ll find out soon enough. Here are some interesting things you didn’t know about the colobus monkey. 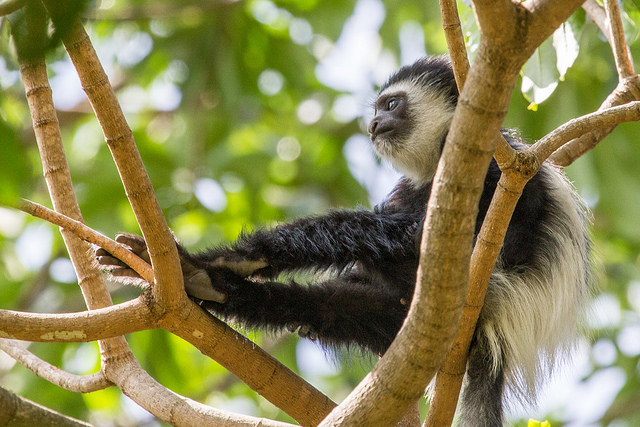 They have no thumbs

We’ve heard of humans being linked to primates and one of the things often said is the presence of opposable thumbs. However, colobus monkeys don’t have them which gives them an advantage over some other species. The absence of thumbs allows them to be more agile and swift at climbing. In fact, colobus roughly translates to “mutilated” because of their missing thumbs (and of course, their strange fur coat patterns of various lengths). 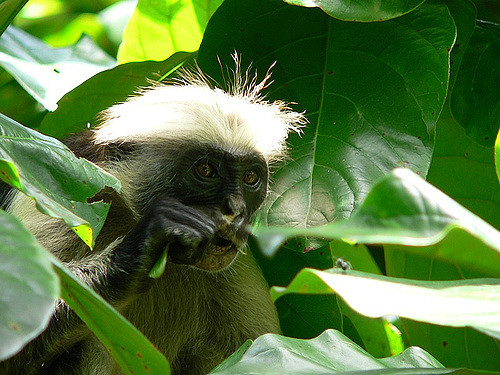 They have the ability to digest poisonous plants

The colobus monkey is biologically programmed to ferment and break down toxic plants that would easily kill other species. The shape of their abdomen and size helps them break down cellulose from leaves. In other words, they have multi-chamber stomachs that can be broken down into different parts, much like a cow’s stomach. This gives them an advantage to their survival because they’re able to eat more plants and fruit since they can easily digest them. 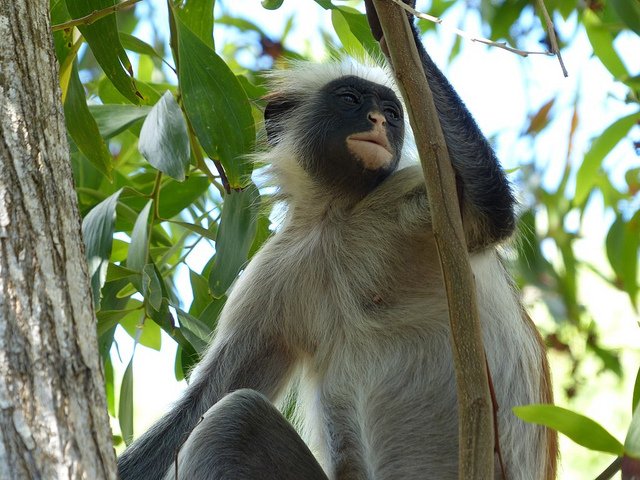 They can jump insanely high

It’s a bird! It’s a plane! It’s…a colobus monkey? One of the fascinating abilities these animals possess is being able to jump high. Like really high. We’re talking about 19 feet up in the air like it is nothing out of ordinary. Their leaping skills allows them to spring from tree to tree or jump out of harm’s way on the ground level into the safety of branches. They make challenging prey to predators and give them a good work out. 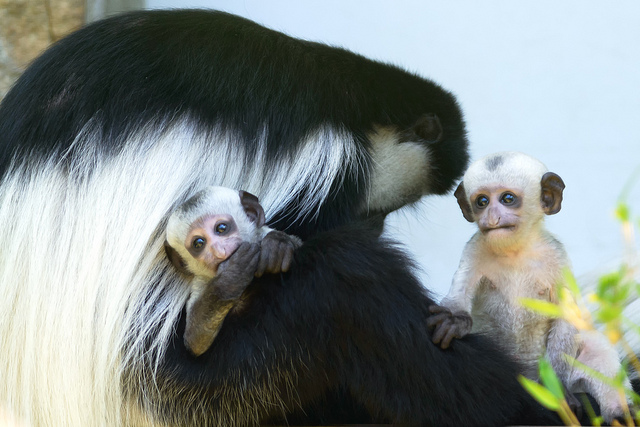 Their babies are born with white fur

A baby colobus monkey will be born with surprisingly white fur that eventually turns jet black with long silky white sides as it ages. The dark coloring doesn’t appear until a few weeks after the baby is born. In the colobus monkey colony, babies are very protected and remain the center of attention by every member of the clan until the baby reaches a certain age or when a new baby is born. Baby monkey rearing isn’t only a mother’s work in the colobus monkey world, fathers play a big role in raising the kids as well.

They are territorial with land

Each colony is limited to a certain amount of members, meaning it cannot get too large, so eventually monkeys will split up and divide to make their own colony. In order to do this, the new colony has to venture outside to an unclaimed territory to start their new group. Each colony has up to 40 acres of land they have dibs on. And on occasion, a male colobus monkey will challenge a dominant male from another clan to fight over the land. This results in a lot of noisy chatter, roaring and chasing each other until the weaker one gives up.

There is also a red colobus monkey

Living in the same area, another species of colobus is the red colobus monkey known for its tri-colored fur of ginger red, white and black. They look very similar in appearance except their coloring, but look closer and you’ll notice the red colobus monkey has a more wider set of eyes. They also live in larger groups and are not as strict about keeping their colony small like the black and white colobus monkeys do. 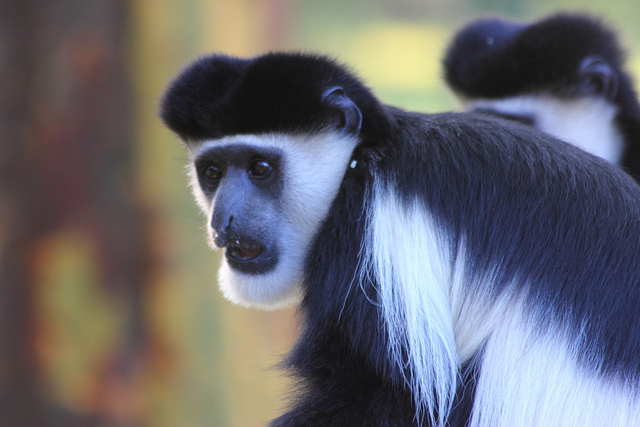 Sadly they are hunted by humans

Having beautiful fur can be a burden. For centuries, colobus monkeys have been hunted and killed for their fur since it’s in high demand among villagers and tribes. Their fur would be used for making hats, outfits and ceremonial masks. They’re also sold to tourists as souvenirs. Another obstacle that puts them at risk is the deforestation that is continuing to spread across their homes each year. You can learn more about how you can make a difference through Colobus Conservation, headquartered in Kenya.