Looking to earn bragging rights for your friends and family back at home? Then let us suggest you go on search for some of the world’s most hard-to-find animals that are only found only in the wilds of Madagascar. Although you may find some of these fascinating creatures in a zoo outside of the country, it’s not the same as seeing them in their natural habitat. Here are the animals you can find that are only endemic to Madagascar. 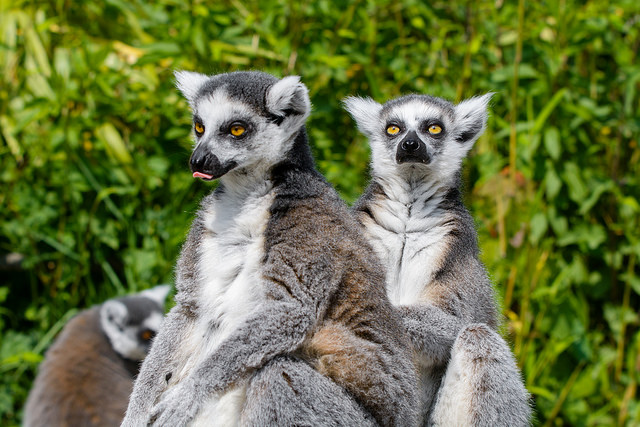 The most iconic creature to wander (or hop) around the island is the lemur. They can live up to 18 years and are found in the high branches. Lemurs adapt really well to their surroundings and when food is scarce, instead of starving, a lemur will just hibernate for awhile until food is aplenty again. You’ll notice their tails are strikingly long (longer than their body height) which they use to balance themselves. There are several species of lemurs on the island.

Fun fact: Did you know that up to 2,000 years ago, it’s believed there were lemurs the size of gorillas? 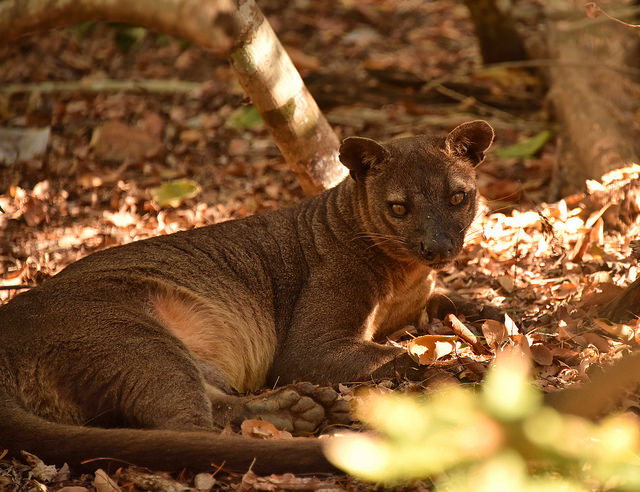 The fossa doesn’t pussyfoot around when it comes to hunting for their prey. They’re the largest carnivorous animal on the island (despite them looking like a mongoose and a cougar rolled into one) and smaller mammals live in terror of the fossa. When feeling lazy, the fossa will turn to other less-desirable meals like lizards and insects. You’re more likely to find a lone fossa than in groups as they tend to be solitary animals.

Fun fact: Females can sport fake male genitals when near other male fossas. Scientists aren’t sure of its purpose but believe it’s possible that it’s used to ward off unwanted sexual advances. 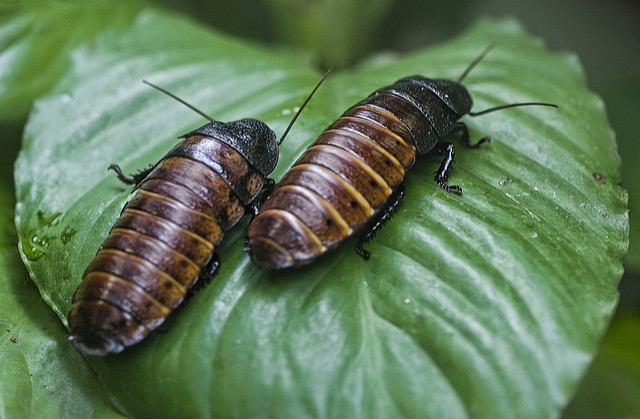 When walking through the woods of Madagascar, you might hear a loud hiss and we’re sorry to say, it might be the most slimiest, gagging sight you’ll see. The Madagascar hissing cockroach is the only known species of its kind that can actually hiss (other insects tend to rub their legs together to create a noise). But thankfully, you won’t find them underneath a toilet or crawling on your hotel’s pillow, they’re quite good about staying in the forest. You can also breathe an air of relief due to the fact they are wingless so they won’t be flying directly to your face.

Fun fact: They’re also known as “living fossils” and are reported to have been around before dinosaurs. Chances are, they’ll outlive humans too. 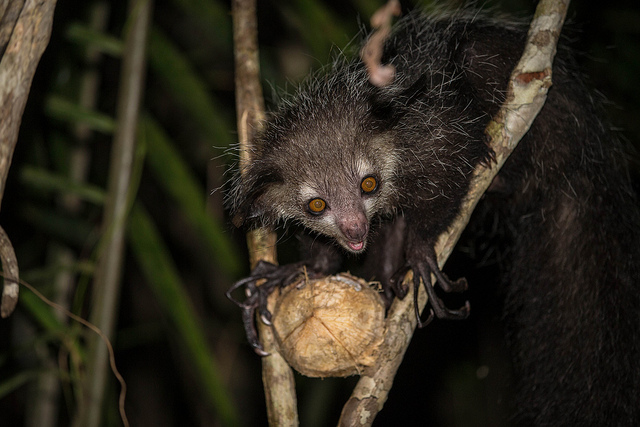 Most people don’t realize that aye ayes are a species of lemurs and it’s quite hard to not recognize them due to their odd looks and bewildering eyes. While their name may sound like a drunken pilgrim cheering on his mate, it’s a common theory they earned their name from a French naturalist who saw them for the first time and said, “Aye aye!” in shock. Sadly, some locals believe the aye aye are demons and will kill them on the spot. But anyone that has gotten to know them will tell you they’re a far cry from being pests or demonic.

Fun fact: Look closer at their fingers and you’ll notice their middle finger looks different and much thinner than the others. They can move that finger independently and use it for multiple purposes such as tapping trees and self-grooming. 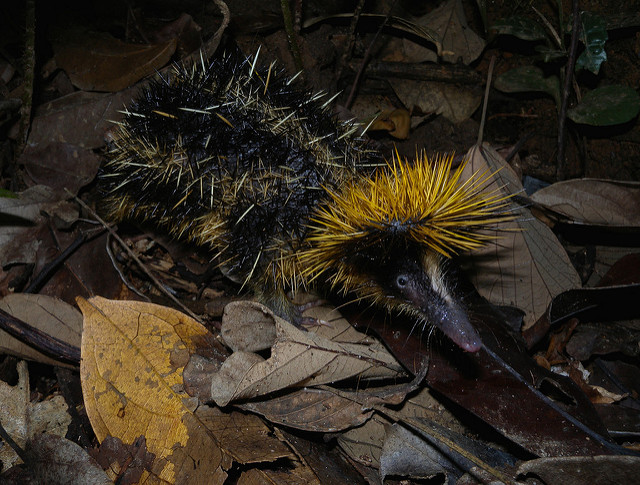 They look like a field mouse that got into a scuffle with a porcupine and suffered badly, don’t they? In fact, they belong in the porcupine family, sharing the same spiny body which they use to their advantage to ward off predators. Their long snouts are used for burrowing under the forest grounds to look for insect and other edible goods. Their quills have the unique ability to make sounds — when threatened, they shake, causing the quills to rub together and make a high frequency noise to warn others of approaching danger.

Fun fact: When rubbing their quills together doesn’t work, they’ll click their tongue as a way to communicate and warn others. 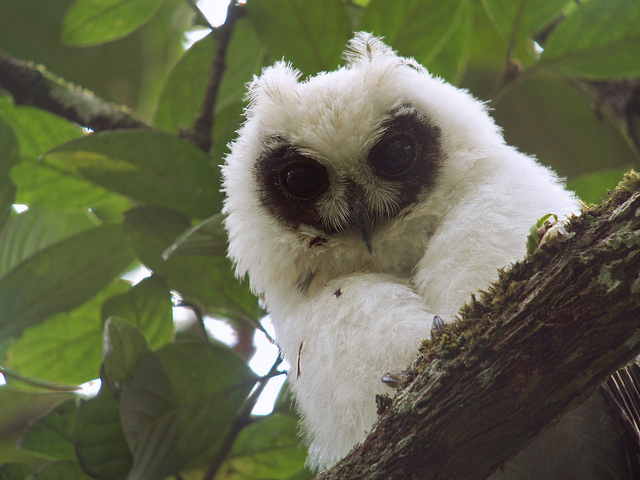 Hoo goes here? Is that a snow owl? Nope. It’s a Madagascar Long-eared owl that earned its name for obvious reasons. Pictured is a chick owl that is noticed for its white puffy feathers which eventually turn brown and orange as it reaches adulthood. They do not sound like other owls and most people report hearing them using two syllables like “oloo” instead of “hoo.”

Fun fact: They are nocturnal so you’ll likely find them snoozing during the day when you explore the woods. 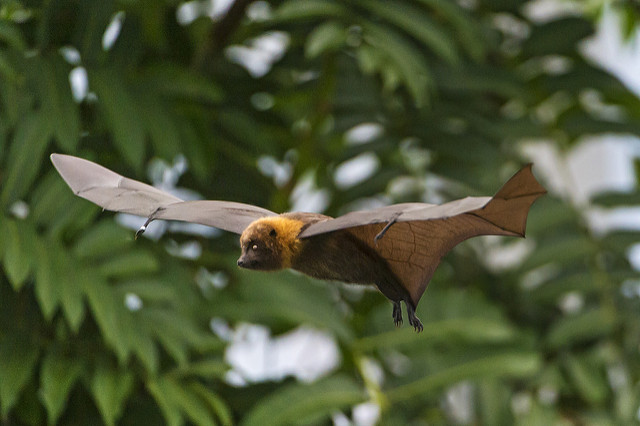 Couresy of Tambako the Jaguar/Flickr.com

Don’t be fooled by its name, the Madagascan Flying Fox is a bat. They sport an orange tuff like a long-lost Ron Weasley’s family pet and can have a wingspan of 49 centimeters. They rely on fruit for food and are currently in danger due to deforestation which deprives them of their meals. Humanitarian efforts have been made to save the animals but while they’re still around, you’ll want to see them in the wild of Madagascar.

Fun fact: They hang upside down to regulate their body heat.