Located in the southern portion of Ethiopia, Nechisar National Park is a lesser known reserve in the Southern Nations, Nationalities and People’s Region (yes, that’s the name of the area). At 127,000-acre wide, there’s plenty of things to do and see when it comes to visiting the park. But why should you consider this park over the other parks in the country? Well we’ve narrowed down the top reasons why you should go to Nechisar National Park. 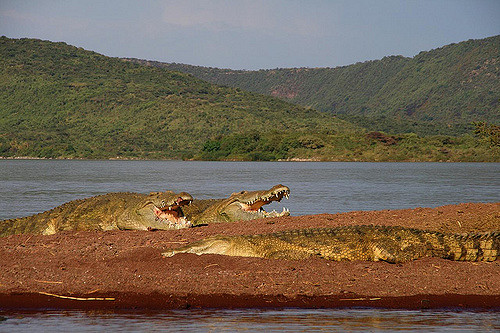 Put a little hair on your chest by paying a visit to Nechisar National Park’s longtime residents, the crocodiles. The park is infested with crocodiles like an Indiana Jones film, especially in Lake Chamo. Some tourists have reported seeing Nile crocodiles as large as 18 feet in length. In fact, it’s believed some of the world’s biggest crocodiles currently reside in Lake Chamo, so keep your eyes peeled for scaly creatures lurking beneath. And you thought that was a floating log? 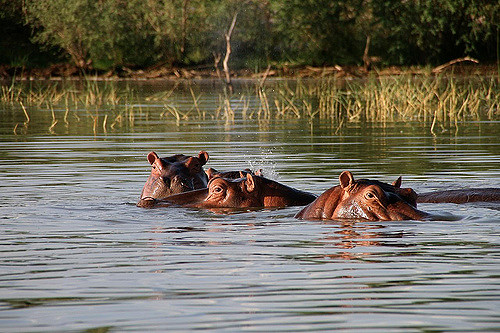 The crocodiles aren’t the only ones to look out for

You might have thought the only living thing to worry about in the area are the crocodiles, but hippos are just as intimidating as their reptilian neighbors. So when you see something that looks like a giant blob of floating rocks in the water, look harder and you’ll notice it staring back at you. Once you brave the waters of Nechisar National Park, you’ll return back at home to share harrowing tales of how you conquered crocodile and hippo infested lakes. Your friends will never look at you the same again. 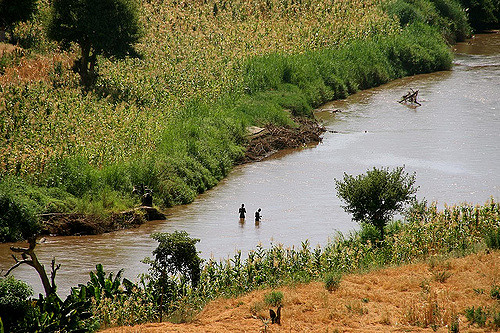 You can do a walking tour

We don’t recommend waddling waist deep in the water (for obvious reasons), but there are several walking tours available at Nechisar National Park led by a skilled guide who knows all the hot spots in the area. Find out through your hotel about private tours or go on a designated walking trail to see the local sights. Along the way, it’s common to spot gazelles, antelopes, baboons and zebras wandering in the distance. In addition to the walking tour, the park has boat tours to see the land by water. 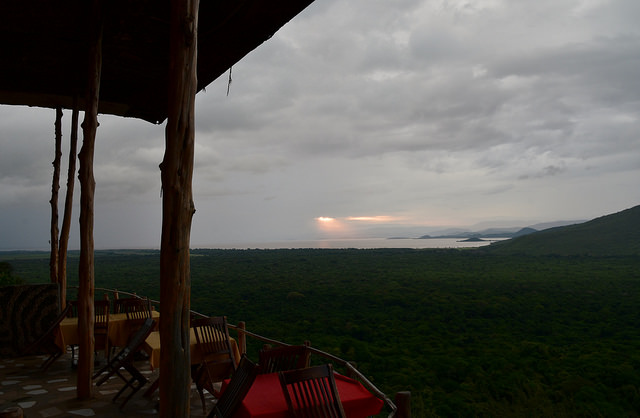 You’ll want to check out the “Bridge of God”

Anyone that’s familiar with the area is aware of the iconic “Bridge of God,” a strip of land that divides the two great lakes; Lake Chamo and Lake Abaya. Tourists report being stunned by the view of the water and the mountain range (many of them volcanic), marking it as the top must-see spot in the park. 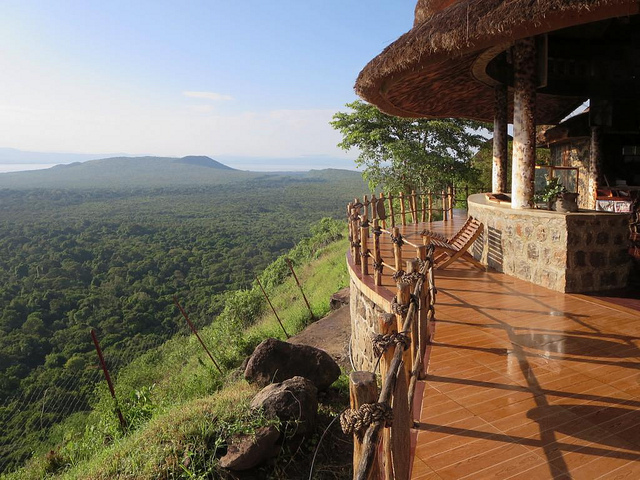 You can stay at the scenic Paradise Lodge

In nearby Arba Minch, Paradise Lodge is a popular accommodation among tourists, thanks to its location on high elevation, giving guests a bird’s eye view of Nechisar National Park and the Bridge of God. Guests will get to stay in luxury huts surrounding a lavish pool and a lush garden. The hatched huts are built in the traditional Gamo style, giving guests a taste of local architecture with added modern amenities. And you don’t need to leave the premises to have a feast, there’s a restaurant at the lodge serving up international cuisine.

You can meet the incredibly rare Swayne’s Hartebeest

You won’t find this odd-looking antelope outside of the country as it’s endemic to the area. The species is so rare that there’s a nearby sanctuary that works hard to save the animals from extinction. For a guaranteed way to see the rare antelope, visit Senkelle Swayne’s Hartebeest Sanctuary to view the animals in their natural habitat. The species are dying out due to poaching but in this sanctuary, guests can be guaranteed to see the animal in a safe location. 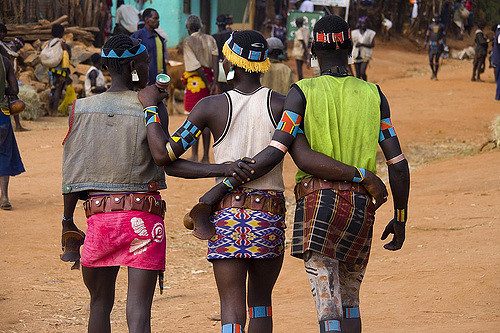 You can learn about the local cultures

There are several tribes living in the area including the Hamar People. They sometimes permit tourists to visit them to watch ceremonial practices and learn their culture. Their livelihood depends on cattle so many of their traditions centers around the animal such as bull-jumping, where a man must jump over eight bulls to be able to marry the woman he wishes to wed.

The Top Souvenirs To Take Home From Ethiopia

The Best Places To Go Hiking In Ethiopia