If you ever find yourself on a safari and come across a funny-looking bird with super long legs and the head of an eagle, chances are, it’s a secretary bird. So what makes this bird fascinating and stand out among other birds of prey? Well, you’ll find out soon enough, here are some interesting facts you didn’t know about secretary birds.

They literally stomp their prey to death

Like a temperamental toddler, when secretary birds make their attack on smaller wildlife like snakes or lizards, they will immediately use their gigantic talons and strong legs to their advantage by stomping them to death. Once they’ve successfully killed or horribly maimed their victims, it’s dinner time. Research shows their stomp is so powerful that the force is five times their body weight, instantly crushing their potential meals. Another technique they use to successfully kill their prey is to peck them to death. 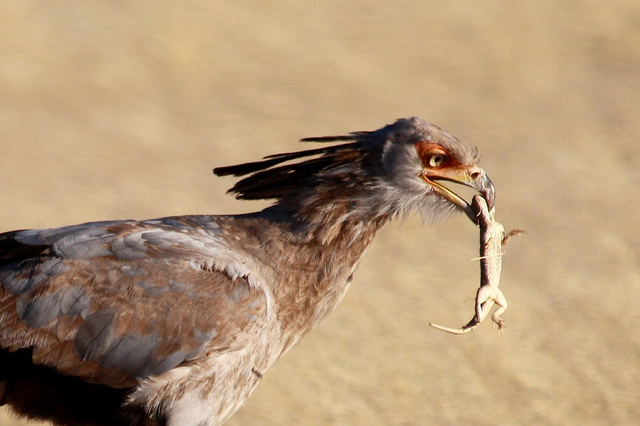 Oddly enough, locals are thankful for these funny-looking birds because they do a fantastic job at being a pest exterminator. Since they mainly feast on snakes, farmers and villagers like to keep them around. In fact, some villagers will call the birds “Devil’s Horse,” since they seem to do the work of the devil by eating poisonous snakes without having any ill effect on them. 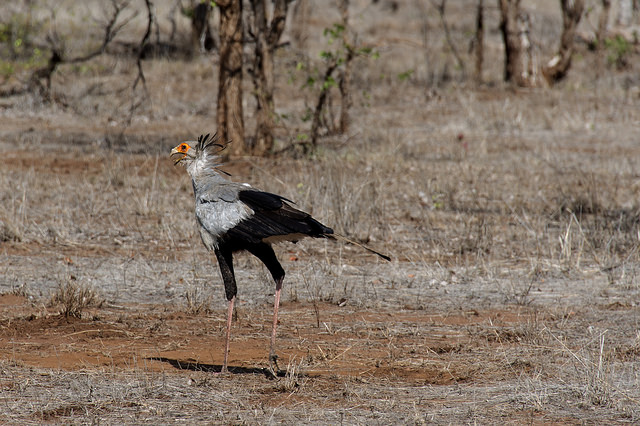 They would much rather walk than fly

You’d think they were flightless birds like ostriches by the way they look, but they can indeed fly. They would just rather not. But on certain occasions when they do fly, they’re terrific at it and go great distances in one trip. Whether it’s due to laziness or simply a refusal to fly, we’ll never know. 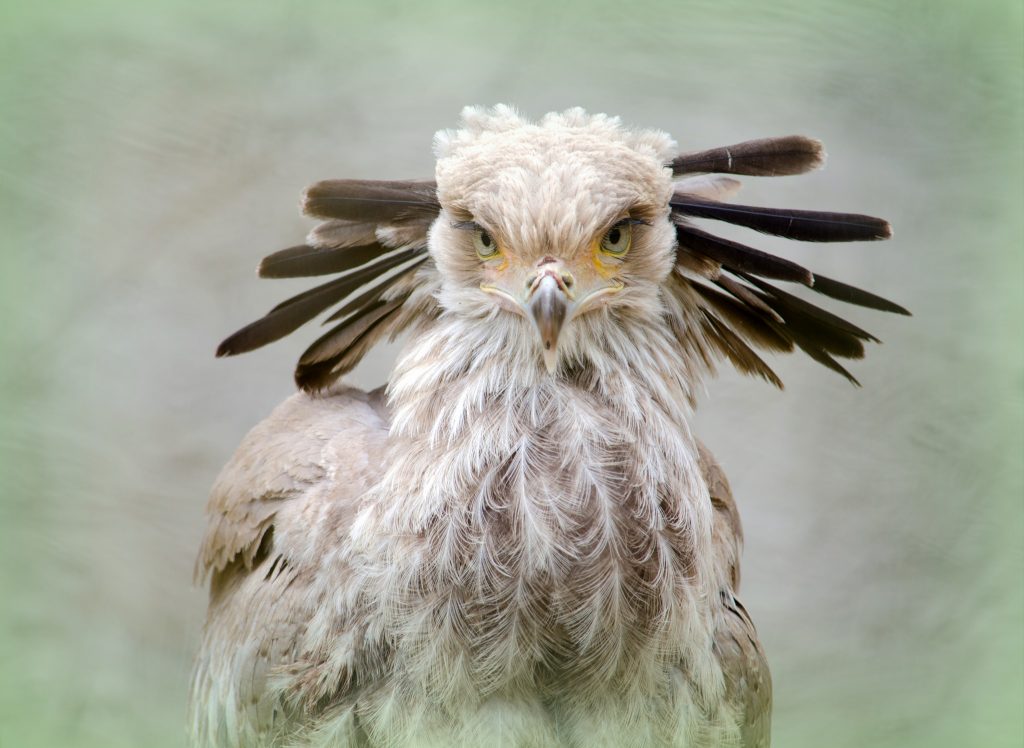 They earned their name from their feathers

No one is completely sure where the bird’s name derives from, but the most popular opinion is that it’s due to their feathers. The feathers sticking straight out behind their heads reminds many people of early European secretaries who used to stick quill pens behind their ears, creating a similar look. Another theory (a more likely one) is that the name derived from the Arabic word, “saqr-et-tair,” that roughly translates to “hunter birds.” 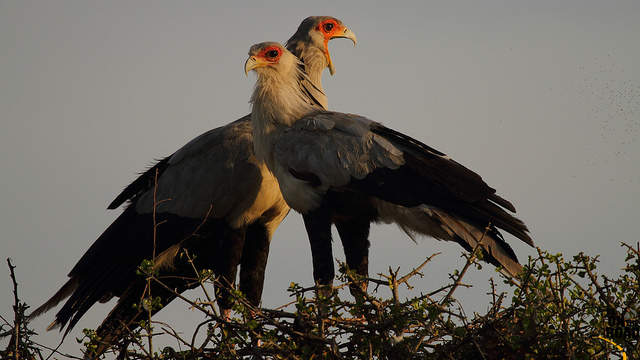 Secretary birds are incredibly loyal to their partners and will stay with them for the remainder of their lives. It’s common to spot two secretary birds together since they like to stay within close proximity of each other. Once they mate and have chicks, they show strong partnership in child rearing and will stay together when the chicks are old enough to leave the nest to go out on their own. Needless to say, divorce rates among secretary birds are at an all time low. 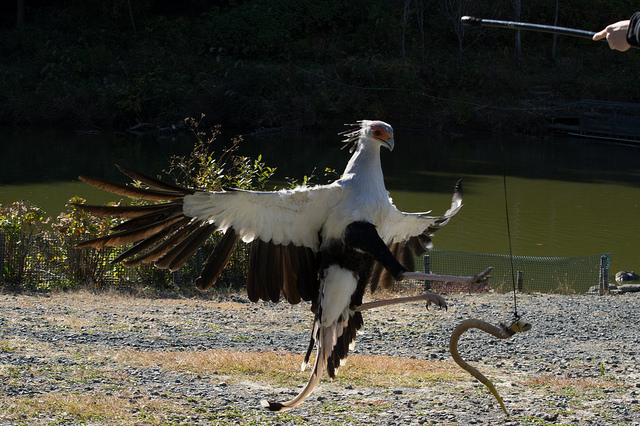 Since secretary birds are some of the largest predatory birds on earth with huge, crane-like legs, scientists study them to learn about prehistoric birds that are believed to be flightless and of similar anatomy. The behavioral traits help scientists learn how these gigantic “terror birds” have hunted and killed their prey. From their findings, they believe extinct prehistoric birds used the same technique of stomping smaller animals to death.

They have a long lifespan

A secretary bird in the wild can live for up to 15 years undisturbed, which is a long lifespan for birds. However, secretary birds in captivity surpass that number and can live up to 19 years since they face less danger. And once they get older, they aren’t stressed with hunting for meals since everything is provided for them. 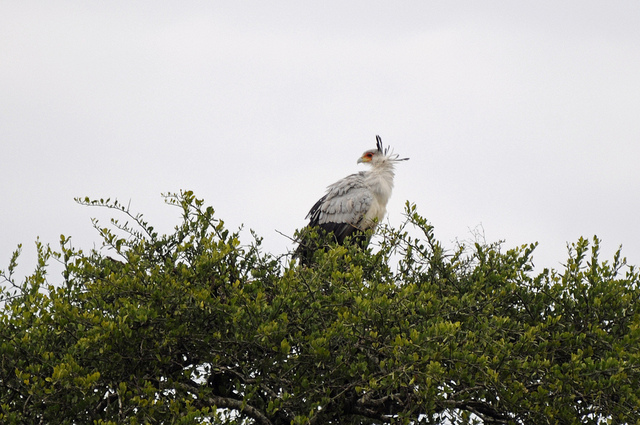 Courtesy of Son of Groucho/Flickr.com

Look up, they take roost in trees

Like cranes, secretary birds like to spend their nights in the tallest tree and sleep on the top. This gives them the advantage of being out of harm’s way, but also allows them to observe the landscape for any potential dinner. They will spend approximately two hours hunting at sunrise before relaxing and walking until late afternoon when they go to sleep. In other words, they go to bed like senior citizens.

Birding In Kenya: A Different Kind Of Safari