Look at a map of east Africa and you’ll notice a long hook-shaped river that stretches from Mozambique before ending in the southern Democratic Republic of the Congo. That’s the world-famous Zambezi River. At 540,000 square mile long, it’s the fourth largest river on the continent and attracts wildlife to its rich riverbanks thriving with hundreds of species of fish. It’s also home to the well-known natural marvel, Victoria Falls in Zambia and Zimbabwe. Whether you’re embarking on a canoe trip or taking a safari ride along the river, you’ll be fascinated with these iconic animals that are known to live in or by the water. Here is some of the wildlife to keep your eyes peeled for when you go. 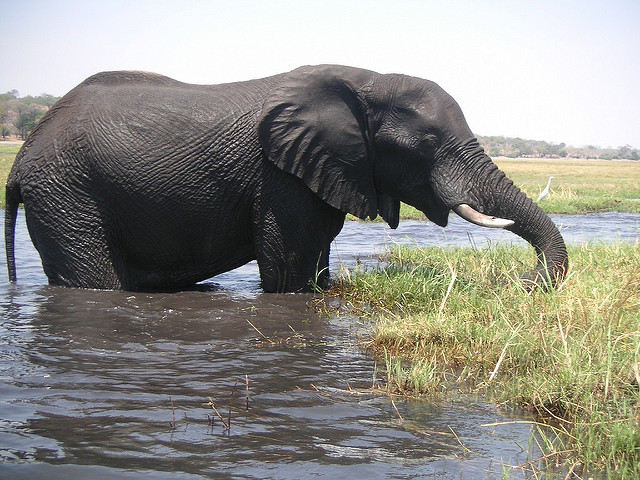 They would be quite hard to miss. Don’t be surprised to find these giant mammals paying their daily visit to the river for a refreshing bath. Sometimes you’ll spot the elephants crossing the river to get to the other side (an exciting view for those who are exploring by boat). 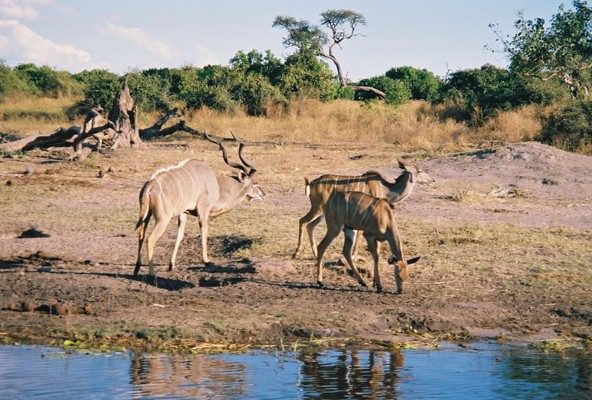 Chances are, you’ll find herds of kudu grazing nearby, taking advantage of the perks of the river. They are recognized by their white striped patterns on their sides that resemble tears. Males are quite larger and have impressive spiral antlers. 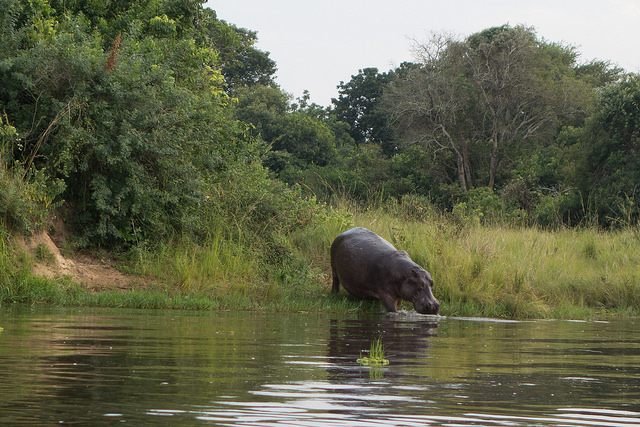 But wait? Isn’t that dangerous? If you find yourself in a canoe and come upon a pod of these mammals lurking in the water or walking on land, it’s best to keep your distance and paddle on. Hippos will leave you alone as long as they don’t feel threatened. Other than that, you’ll come back to your friends and family at home and tell them the tale of your encounter with the toothy giants. 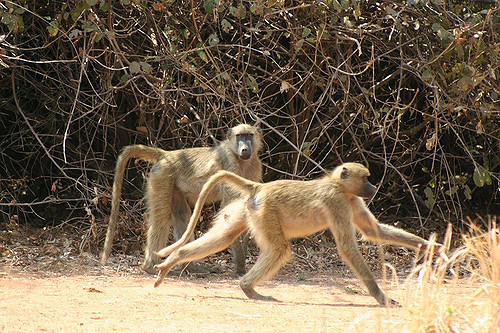 If you thought you saw something move in the trees, they’re probably the mischievous baboons. They’re known to approach cars with curiosity, but its advised to not feed them. You’re more likely to spot them hanging from the branches around Victoria Falls.

If Timon is wondering where Pumbaa went, he’ll probably try his chances in the Zambezi River. Warthogs love to frolic nearby and go for a nice bath. They can be spotted in Victoria Falls Park along with (you’ve guessed it) their neighbor mongooses.

Yes, Africa has its own eagles. The African Fish Eagle rules the bird kingdom by the Zambezi River. You’ll understand why neighboring birds and fish live in horror from the eagles once you’ve see them flashing the size of their talons.

Much like the hippos, you’ll want to paddle faster to keep your distance from these over-sized reptiles. You’ll find some of the largest and fattest Nile crocodiles in these water (great for you thrill seekers).

Did you know that the water buffaloes are one of the Big Five game animals? They earn their name because of their habit of wallowing in the water. Don’t get too close, like the hippos, water buffaloes can be dangerous if you mess with them.

The real pride (pun intended) and joy of the river is that it attracts prides of lions to its waters. Try your luck at Hwange National Park to see the males lazily lounge in the daytime while the females do all the work. Other big cats surrounding the river include leopards and cheetahs, although they’re much rarer to find. 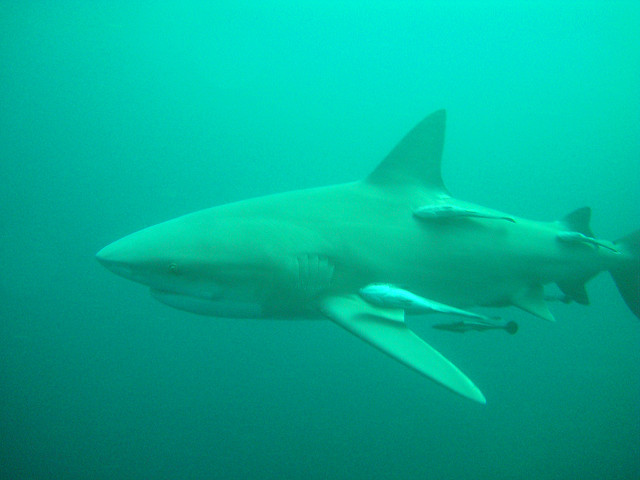 No you didn’t read this wrong. The bull sharks are also known as the Zambezi Sharks and will swim in freshwater. And you thought you only had to worry about the crocodiles and hippos?

Get Out And Paddle: 15 Reasons You Should Canoe The Zambezi River