Known as “the roof of Africa,” Mount Kilimanjaro is possibly the most iconic place on the continent. Dozens of books have been written about it, and scores of travelers around the world dream of visiting it in person one day. Most people familiar with Kilimanjaro might know some basic facts about it, such as it being the tallest mountain in Africa, or the highest free-standing mountain in the world, but there many other interesting things to discover, such as who lives on it, and who was the oldest person to ever climb it. Here are 10 things you didn’t know about Mount Kilimanjaro. 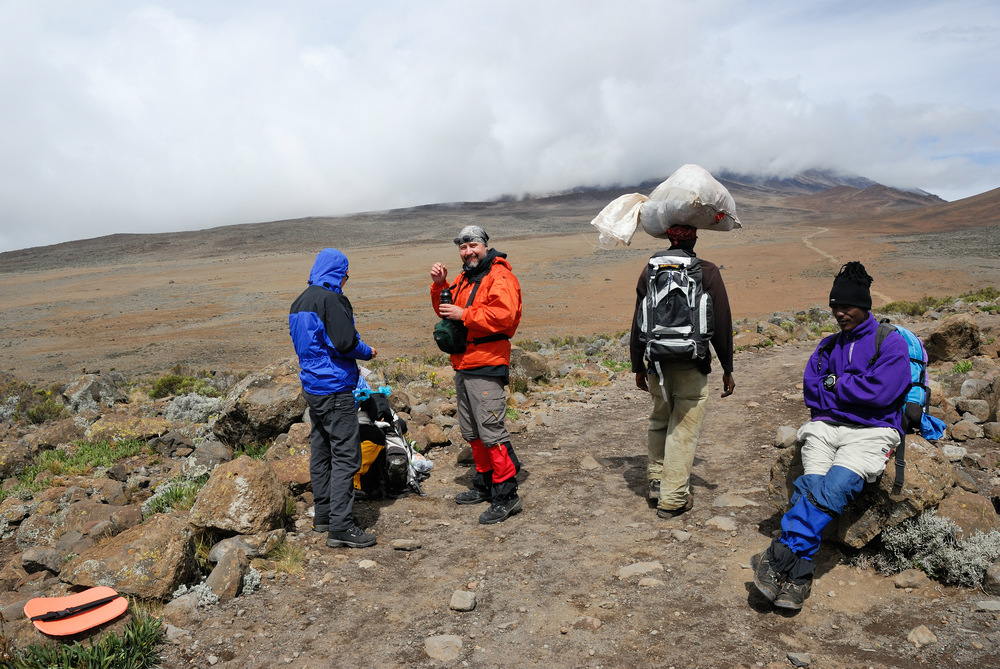 Many people die climbing it

While there isn’t an accurate total of how many people have died climbing Mount Kilimanjaro, it’s estimated that 3-7 people die attempting it every year. These numbers might seem shocking, but they are just a tiny fraction of the 30,000 people who attempt to climb it each year. Most of the deaths are from falls, hypothermia, heart attacks or acute mountain sickness.

The Chaga people live there

Mount Kilimanjaro isn’t some barren landscape where nobody lives. The Chaga people have traditionally lived on the slopes of Mount Kilimanjaro for centuries. There aren’t any villages on the mountain; instead, each household lives in a small garden, hundreds of which are scattered around the mountain.

While many climbing records are set on Mount Kilimanjaro, the one that’s broken the most often is the title of oldest person to reach the summit. The record was last set on October 29, 2015 by Angela Vorobeva, who summitted at the age of 86 years and 267 days. The previous record holders achieved their feats in August 2015, October 2014, September 2012, October 2011, and September 2010. Perhaps sooner rather than later somebody over the age of 100 will reach the summit!

There are seven different routes to the top

There isn’t just one way to get to the top. There are seven different routes you can choose from (though the route that starts at Lemosho isn’t official). These routes all vary in difficulty, so it’s important for hikers to choose an appropriate route for their fitness level.

There’s snow on top all year

Those pictures you see of Mount Kilimanjaro covered in snow aren’t random shots with fortuitous timing. The peak of the mountain is covered in snow all year, even though geographically the mountain sits at the equator. Unfortunately, some climate scientists believe the snow could be gone by the end of the 21st century — so you better go before it disappears! 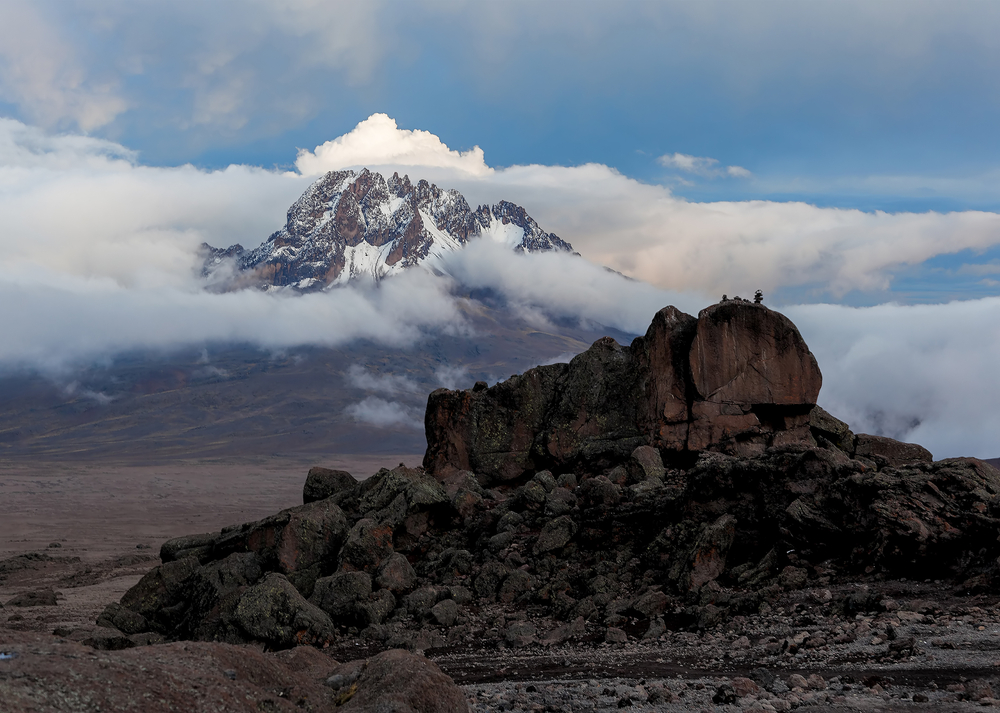 It could erupt at any time

Kili is a dormant stratovolcano, scientifically speaking. The highest peak of the mountain is known as Kibo, and it could erupt at any time. While the last major eruption was 360,000 years ago, the most recent activity was just 200 years ago. If the ground starts shaking, you should start worrying.

The first documented summitting was in the 19th century

People have been climbing Mount Kilimanjaro for a long time. The first ascent was on October 5, 1889 by Marangu scout Yoanas Kinyala Lauwo, German Hans Meyer, and Austrian Ludwig Purtscheller. Many people tried before them and failed. It’s unknown if any locals made it to the top before then, because it wasn’t recorded in the history books. 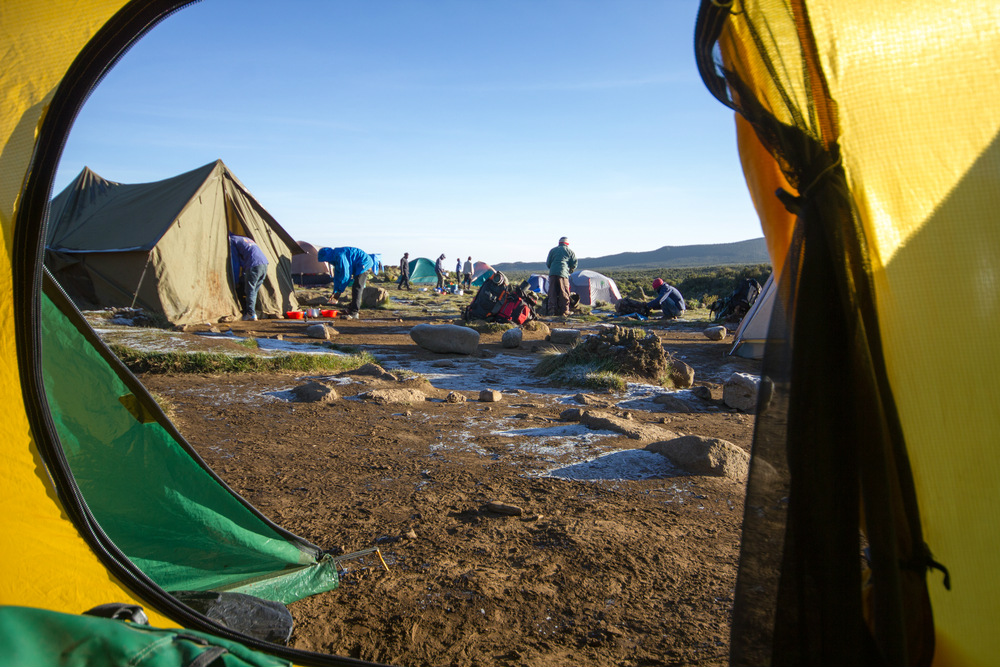 More than half who try to summit don’t make it

Thinking of climbing Mount Kilimanjaro? Chances are, you aren’t ready. Even if you think you are, the odds are still against you: only 45% of climbers make it to the top. Of those that try to make it to the top in five days, only 27% make it. This isn’t meant to get you down, just remember climbing a mountain like Kilimanjaro is no walk in the park. Before you fly to Tanzania and spend the money to try to summit it, be aware that it might not happen. 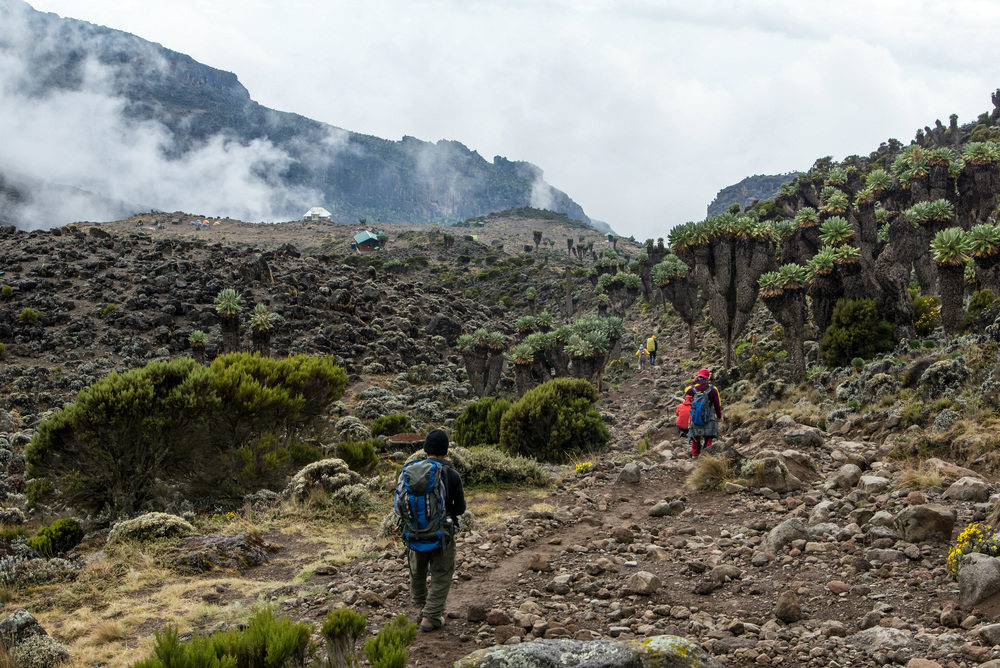 There are five different ecosystems on the mountain

There’s more to the environment on Kilimanjaro than just craggy rocks, shrubs and snow. In fact, there are five ecosystems in total on the mountain, including forest, alpine desert, heather, moorland, and the icy summit.