As a multi-cultural society, South Africa doesn’t have a national cuisine as such. Instead, its culinary traditions are as varied as its diverse population. One of the most flavorful and influence-rich of all of these is Cape Malay food. 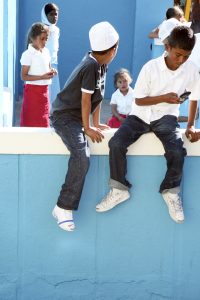 Cape Malay people – most of whom live in and around Cape Town – trace their history back to the settlement of the Cape in the 17th century by the Dutch, who established a station in Cape Town to service traders travelling between Europe and Asia. Following this establishment, the Dutch starting bringing slaves to the post from Asia and Africa – from Indonesia, Malaysia, Sri Lanka and Madagascar. Cape Malay people are descendants of these slaves, who became emancipated in the early 19th century and settled in the area of Bo-Kaap, in what is now central Cape Town.

The slaves brought with them recipes from home and incorporated the ingredients being transported across the spice routes by the Dutch East India Company, such as cardamom, cumin, turmeric, coriander, fennel, cinnamon and aniseed, as well as tamarind, ginger, bay leaf, curry leaves, garlic and rosewater. The women worked in Dutch kitchens and incorporated many traditional Dutch recipes into their repertoire, and also added some influences from the French Huguenots. The result of this melting pot of influences is a fabulous fusion cuisine full of fragrant spices and subtle flavors that today forms a cornerstone of Cape Malay culture. 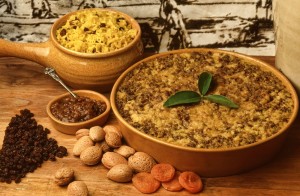 From Malaysia there are breyanis, rotis, atchars and samoosas, from Madagascar come bredies (meat stews) and the dish bobotie (spiced meat topped with egg custard) – a favorite among all South Africans – has its origins in Indonesia. The Dutch melktert (a baked sweet egg custard tart) was reinvented with the additions of cinnamon, nutmeg and stewed fruit. Each Cape Malay dish has a history dating back hundreds of years that is part of the story of three centuries of Cape Town’s story.

Next to downtown Cape Town, Bo-Kaap, a beautiful historic area of steep cobbled streets, rainbow-colored houses, spice shops and centuries-old homes, is undoubtedly the best place to experience Cape Malay food in South Africa. Start with a cooking class (some of which include walking tours of the area and visits to the local museum and spice shops to buy ingredients) with a Cape Malay local to learn the stories behind the most popular traditional dishes, and try your hand at rolling rotis and cooking up curries. Then book a table at one of the authentic Cape Malay restaurants in the Bo-Kaap area to eat your way through a uniquely South African culinary history. 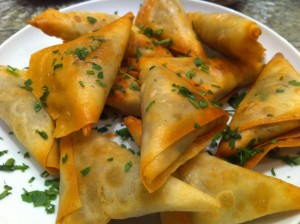 Where to learn to make Cape Malay food

Cape Malay Cooking Safari: This guided food tour starts with a visit to the Bo-Kaap Museum, where you learn more about the history of the area and of Cape Malay people, before you head to Atlas Trading, the most popular spice shop in the Bo-Kaap to buy (and smell) the spices you’ll need for the cooking lesson. Then back in a local’s home you spend a couple of hours cooking up a feast – mixing up masala spice mixture, folding samoosas, pounding roti dough and then helping to cook a chicken curry, all of which you enjoy afterwards with some falooda. 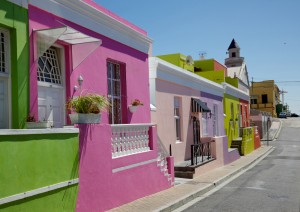 The Bo-Kaap Cooking Tour: Zainie Misbach, an important figure on the Cape Malay food scene, leads intimate cooking classes in her Bo-Kaap home. The tours start with a short walk around the area with Zainie, as she shares local stories and gives you an insight into Cape Malay culture. Back in her house, she gives expert demonstrations (and lets you get your hands dirty too) in how to make chicken curry, lentil curry, samoosas, rotis and dhaltjies, which you can tuck into afterwards in her shady tranquil courtyard.

Lekka Kombuis: Gamida Jacobs runs hands-on two-hour Cape Malay cooking classes in her home on Wale Street in the historic heart of the Bo-Kaap. Learn to make traditional favorite dishes such as samoosas, dhaltjies, roties and curries. Gamida can also do the cooking classes in your home, and she’ll bring all of the ingredients.

Where to eat Cape Malay food in Cape Town 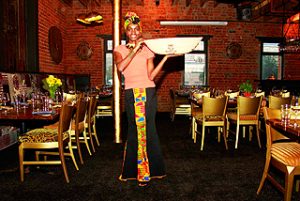 Noon Gun Tea Room: This Cape Town landmark, which has been a family-run restaurant for seven decades, serves up tasty Cape Malay favorites such as samoosas, dhaltjies, chicken curry, hearty bredies, dhal, masala fish, mutton breyani, bobotie and koesisters, all washed down with sweet falooda. The food is not the only attraction though – the restaurant’s setting on the slops of Signal Hills offers spectacular views over Cape Town harbour, the city bowl and majestic Table Mountain. Be sure to get a window seat!

Bo-Kaap Kombuis: Friendly owners Yusuf and Nazli Larrney welcome guests with warmth to their restaurant on a hilly road in the Bo-Kaap, serving up authentic Cape Malay dishes from an extensive menu (which includes a variety of vegetarian dishes). While soaking up the superb views of Table Mountain and the city, try the denningvleis – said to be the best in the city – or the beef frikkadelle (meatballs), lamb penang curry, prawn curry and tomato bredie. Don’t forget to leave room for dessert – the artepil porring made with potatoes and stewed dried fruit is delicious.