When winter comes to North America, most people imagine themselves taking a vacation on a beach, cruise, or somewhere involving warm sun. But there’s no reason you shouldn’t embrace cold-weather destinations, too. There are plenty of reasons to go: you can get off-season bargains, avoid crowds, and have just as much fun — assuming you can put up with the cold! So forget destinations like Mexico, Hawaii, or Florida in the winter — instead, think of winter travel destinations like Portland, Montréal and Iceland! 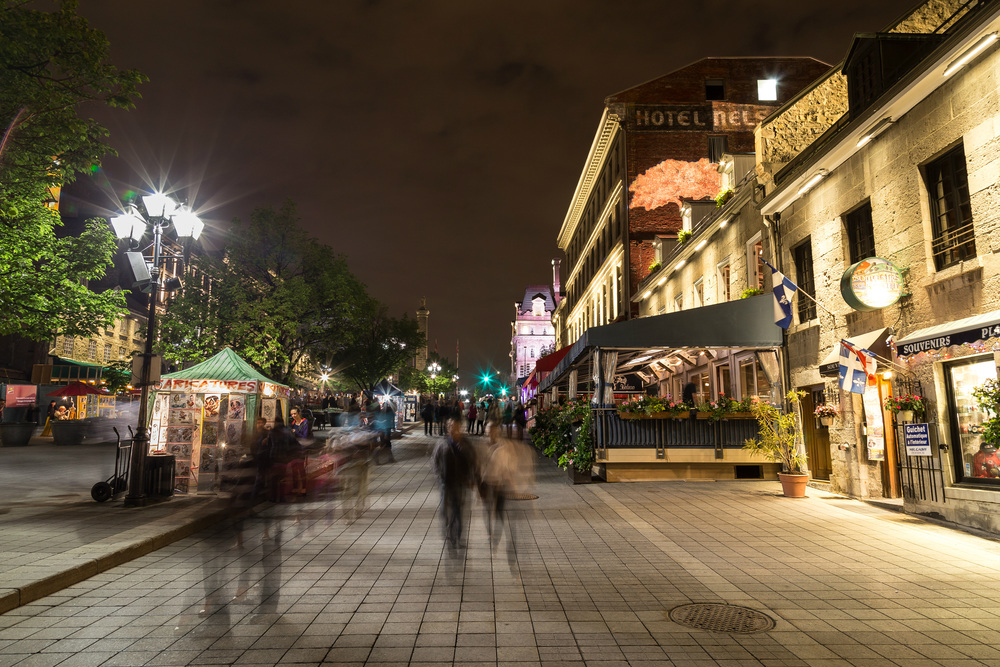 Although temperatures usually range from 10 to 22 degrees Fahrenheit in the middle of February, Montréal is still a great place to go in winter. That’s because Quebec puts a lot of effort into portraying the province as a top winter destination. This has apparently worked, because Montréal is still full of energy, even when temps go below zero.

The city has a European fairytale vibe that is enhanced during the winter months. The French street signs, Old World architecture, and winding cobblestone streets make you feel like you’re in Lyon or Paris, without having to splurge for a trip across the Atlantic. Most people are also bilingual, so you won’t have to worry about a language barrier, though trying to speak French is still appreciated.

There are plenty of places to hang out, including casinos, boutique hotels, museums, theaters, markets and restaurants. The underground pedestrian network has over 20 miles of passageways and connects many of the landmarks throughout the city, so if you don’t like the cold, just get a room in a hotel near the network.

Traditional winter activities are easy to find around the city – skiing, snowshoeing, tobogganing and more can all be done within 10 minutes of the downtown area in Mont Royal Park. Winter is also a time of festivals in the city, with the centerpiece being the two-week long Montréal Highlights festival, which starts February 18, 2016. 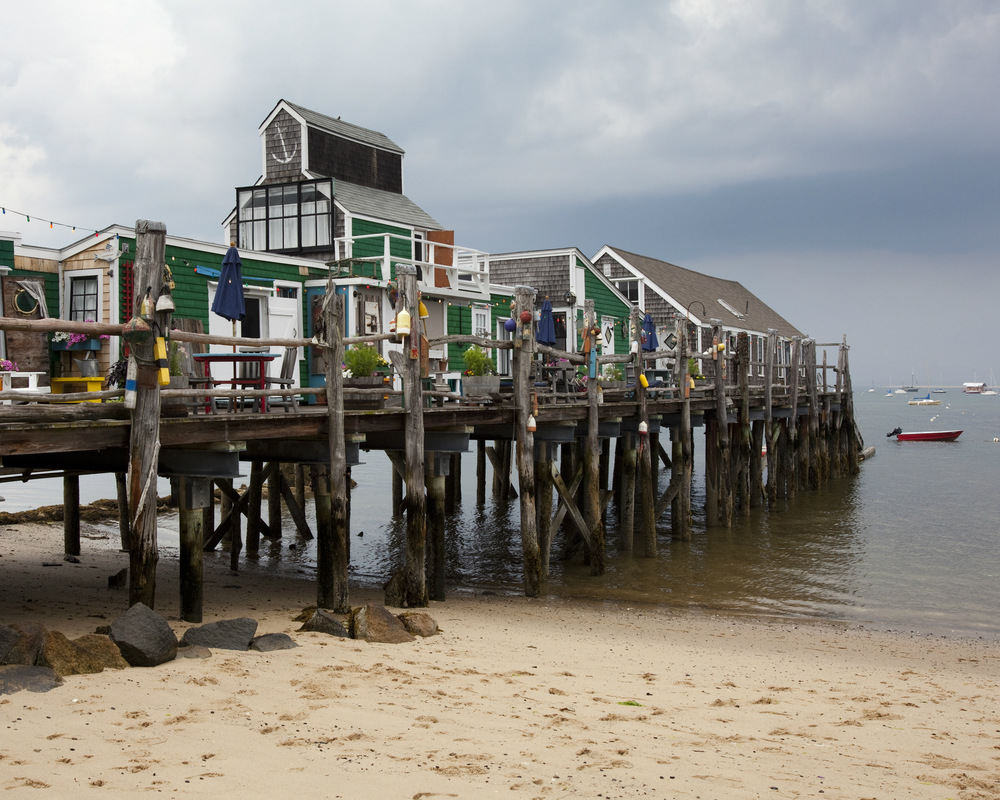 While this famous Cape Cod escape might slow down in the winter, it doesn’t close up entirely. During the winter season, most of the touristy commercial venues close, but that lets the bohemian vibe of Provincetown come through.

“P-Town,” as locals call it, is full of theater, music and art events throughout the winter. One of the most popular stops along the P-Town art trail is the Provincetown Art Association and Museum, which features revolving exhibits of painting, photography and sculptures. The Provincetown Theater offers numerous full-production shows throughout the winter, along with a regular “reading series” on special nights. Be sure to attend the discussion period afterwards.

Even the beach has its own unique vibe in the winter. The winter sunlight gives the shore a lovely character, and the sandy dunes are beautiful as well. Local favorites include Herring Cove Beach and Race Point.

Accommodation in winter is about half the price of high season, with more savings if you stay during the middle of the week. Many of the hotels in the area have winter packages that offer massages, flowers, drinks and free breakfast. 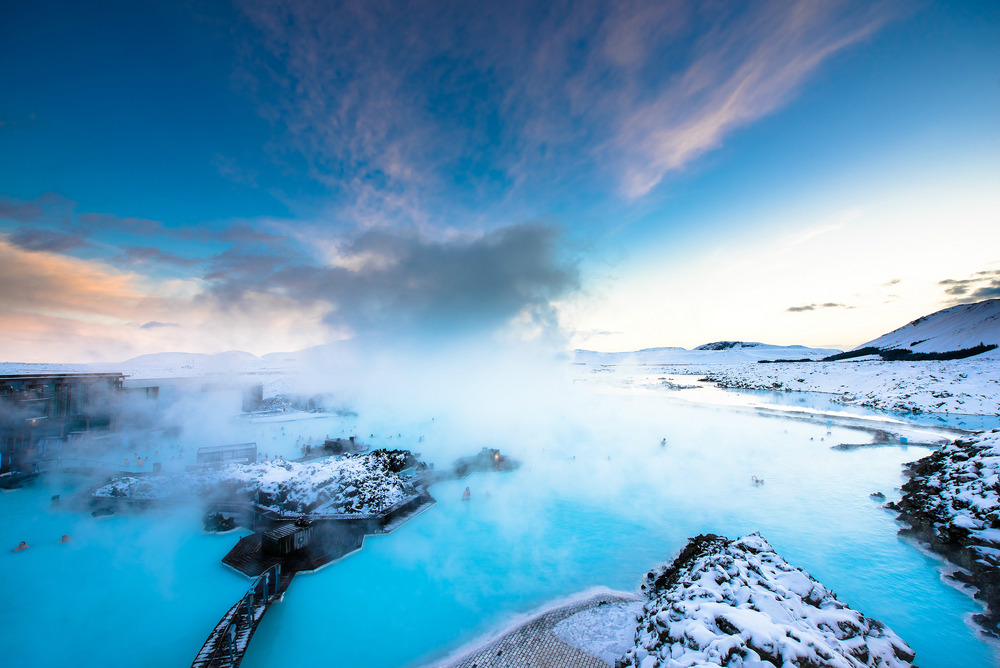 It might seem far away, but Iceland is just a five-hour flight from the east coast of the United States. Iceland is a land of fire, ice and fantastic culture year-round, even if the temperature hovers below freezing for most of the winter. Though its name, ICE-land, should tip you off to the frigid temperatures.

Daylight hours are very limited in winter, but you can still take numerous excursions throughout the country and see incredible glaciers, waterfalls, or even the Northern Lights. You can also go SCUBA diving, sledding, trekking, sledding, or snowshoeing, or take a ride on the country’s Icelandic horses (just don’t call them ponies)!

City lovers might want to just spend some time in Reykjavik bar-hopping with the locals during the long nights. Those who get tired of partying can enjoy the city’s wonderful cultural scene which includes art galleries, theater, lively street markets and historical museums.

Possibly the best part about being in Iceland, an active geothermal zone, is that there are numerous naturally hot mineral pools thar visitors can soak in (and which take the edge off the winter chill). There are “hot pots” in every town, but nothing beats the famous Blue Lagoon near Keflavik Airport. 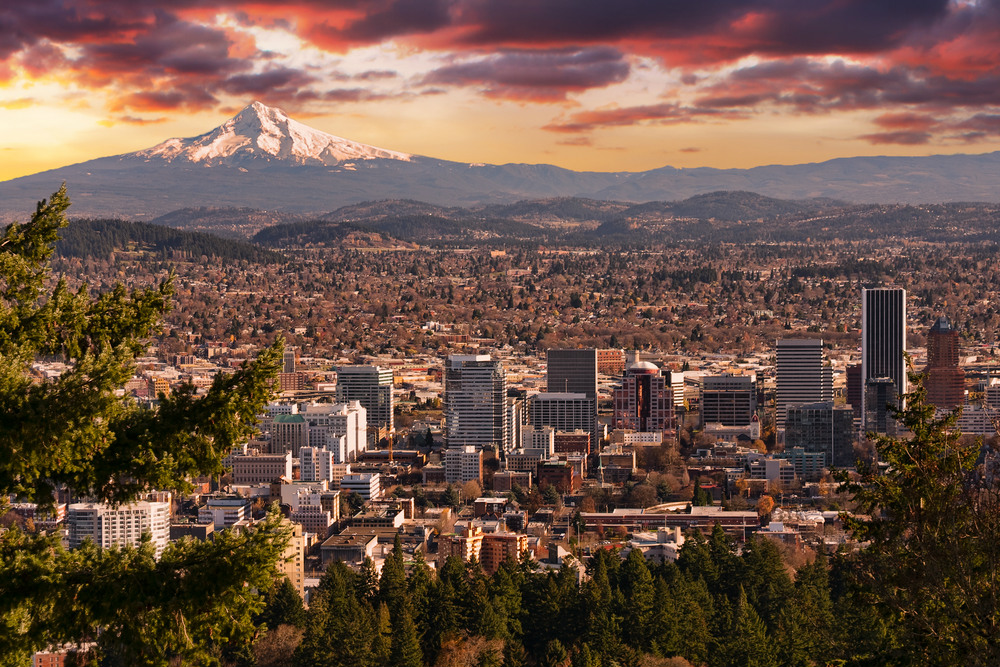 Portland is extremely popular all year, but from January to around late May, the city becomes a place for Oregonians — and smart out-of-town visitors. The large summer crowds are long gone, and you can easily get tickets to shows, visit museums, do some eco-friendly shopping or explore the city’s stunning terrain.

Most attractions are located close to the city center, which comprises a tight street grid, so you don’t really need a car. You can easily take the Portland MAX light rail around, catch a bus, or do what most Portlanders do and explore by bicycle.

Visitors won’t want to miss the Portland Saturday Market, which is the largest open-air crafts market in the country. It’s also covered, so you can easily avoid the rain the city is known for in the winter. It’s also open on Sundays if you can’t make it on Saturday. The city also has 150 museums and galleries, including the Wells Fargo History Museum and the 3-D Center of Art and Photography. But you can’t leave the city without visiting some of the things Portland is most well-known for, including Powell’s Book Store, numerous microbreweries and some of the country’s best coffee shops.

Outside the city is a nature lover’s paradise, including attractions like Mount Hood, the Oregon Coast, the Willamette Valley, Multnomah Falls, and the Columbia River Gorge. Of course, you can just stay in the city and take a hike through Forest Park, which is the largest urban forest park in the United States. 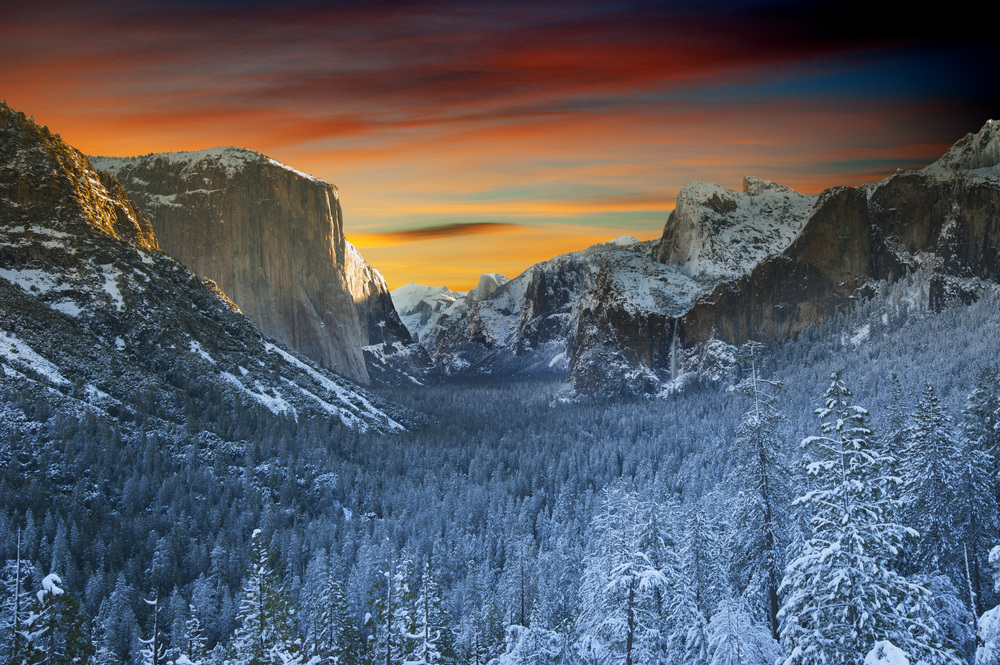 Many national parks shut down for the winter or cut down on services, but some get even better as the temperature dips. The same places that are great for hiking and swimming in summer become fantastic for skiing and ice fishing during the winter, and other cold-weather activities.

For instance, Grand Teton National Park offers cross-country skiing, fantastic photographic opportunities, and if you want, a ranger can lead you on a showshoe hike where you can see the local wildlife.

Yosemite National Park is one of the best choices if you are going out west. While it’s beautiful in warmer months, the winter snow makes it look even more serene.

Over at Yellowstone, you can avoid the crowds and take a snow coach right to the edge of Old Faithful. There’s also plenty of snowmobiling and skiing available. Be sure to check availability in advance if you want to stay in the park in winter, as only two of the park’s lodges remain open.

If you’re heading to the Pacific Northwest, winter is the best time to see Olympic National Park in Washington, as the rain turns the trees lush and green, and a coat of snow can make them even more gorgeous.

Whatever you decide to do, be sure to plan your trip accordingly, as winter can bring frigid temperatures out of nowhere. Always carry a winter safety kit in your vehicle, limit your time outdoors, and check with park rangers for road closures.