African music is famously sunny and happy, keeping everyone smiling and their feet tapping across the soulful content. A few countries have an especially strong discography, and it is possible for music-loving travellers to catch live music in their clubs and venues. 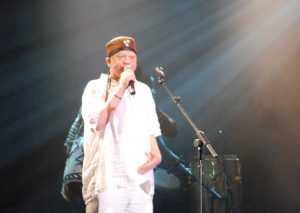 These neighbouring West African nations are famous for their “griots” – musical families, descended from court bards in the medieval Mande empire. If you meet someone called Keita, for example, they may well be a maestro on the kora, the region’s 21-stringed lute. Since the countries gained independence from French colonial rule in 1960, groups such as Senegal’s Orchestra Baobab and Mali’s Rail Band have fused traditional music with modern sounds – initially as a patriotic celebration of the new independence. Artists such as the late Ali Farka Touré, who collaborated with Ry Cooder on the beautiful album Talking Timbuktu, and his son Vieux, preserve the region’s traditional music in their sweet and soulful songs. Their music has a strong element of the blues — reflecting the popular belief that the blues originated on the banks of the River Niger, and made its way to the Mississippi on the slave ships.

It used to be possible to see local legends such as Toumani Diabaté play in the clubs of Bamako, Mali’s capital, for a few cents. These days, the ongoing insurgency by the Tuaregs and Islamic fundamentalists has sadly made visiting the country inadvisable. Happily, Senegal is safer and the capital Dakar has an excellent music scene. Check out Thiossane, the club owned by local hero Youssou N’Dour, who famously collaborated with Neneh Cherry on the chart-topping 7 Seconds. The UK-based Seckou Keita also runs djembe workshops in Casamance, southern Senegal.

Despite political events, music remains the heartbeat of both Senegal and Mali, where a tinny stereo playing local tunes is never far away.

The likes of Thomas Mapfumo, his Hallelujah Chicken Run Band and Oliver ‘Tuku’ Mtukudzi have long provided a sunny soundtrack for this troubled yet beautiful nation. Nicknamed “the Lion of Zimbabwe,” Mapfumo adapted songs for the mbira, the traditional Shona thumb piano, to the electric guitar, and lives in exile following his criticism of president Robert Mugabe’s government. Mtukudzi, who sometimes performs internationally, has campaigned to raise awareness of HIV/AIDS.

There are many genres played in the clubs of Harare and minibus taxis bouncing through the bush. Jazz, ragga, gospel and urban sounds can be heard in the capital, while you should listen for Ndebele pop and the Black Umfolosi 5’s a cappella and dance in Bulawayo. Mapfumo’s electric mbira music is known as Chimurenga – after the struggle against Ian Smith’s minority white government – and remains hugely popular. Other mbira players to look out for include Stella Chiweshe, the passionately traditional group Mbira DzeNharira, and the Norway-based fusion band Monoswezi.

Jit, originally a term for drumming and singing in Shona villages, is used to describe Zimbabwe’s trademark, guitar-heavy pop. Influenced by everything from South African jive to Congolese rumba, jit has famously been played by the Bhundu Boys and the Green Arrows. Rumba itself, imported from Cuba via central Africa, is another hit at Zimbabwean parties; mbira gives it a local spin and musicians such as Alick Macheso incorporate it into Zim’s fast-paced sungura music.

While big international names fill South African stadiums, and local rock and dance acts forge Western sounds, South Africa has a mindboggling local music scene. Music tells the Rainbow Nation’s story – from the jazz played in shebeen lock-ins under apartheid, to contemporary rappers such as Spoek Mathambo expressing the multicultural society. Afro-jazz by the likes of Miriam Makeba, Hugh Masekele and Abdullah Ibrahim captures the pain and euphoria of the struggle against apartheid, while kwaito is the mongrel hip-hop sound of today’s multilingual townships. To get a sense of the local music scene’s sheer diversity, with genres ranging from gospel to zef, check out the South African Music Awards. This year’s winners covered the spectrum from rockers Prime Circle to Igema Lami, a practitioner of the rhythmic Zulu guitar picking known as maskandi.

A great way to hit township nightspots in search of African sounds is on a cultural tour. Cape Town tour companies Andulela and Coffeebeans Routes offer musical outings to the Cape Flats, on which guests watch local jazz, gospel or opera stars perform in their homes.

Democratic Republic of the Congo

The Congo region is not on many travel lists, but music lovers have long sought out this central African nation. Capital Kinshasa has been Africa’s musical heart since the country gained independence from France in 1960. Its Afro-Cuban rumba, also known as soukous, in which the piano part is adapted for the guitar, had hips shaking on dance floors across the continent and worldwide. This has fed into Congolese pop and mutuashi, the funk-folk rhythm of the Baluba people, popularised by the chanteuse Tshala Muana.

Since the 1990s, musicians have responded in striking ways to the country’s civil war and social upheaval. Konono No. 1 developed a punky style known as Congotronics, which mixes electric mbira-like likembés with instruments and sound equipment made from salvaged material. New seven piece Mbongwana Star has added throbbing bass and electronics, creating a deeper, dubbier version of Congotronics.

Konono No. 1 have happily brought the DRC’s inventive music to global audiences, touring internationally and collaborating with the likes of Björk. Blur’s Damon Albarn also produced an album, Knishasha One Two, with local stars including Nelly Liyemge, Jupiter Bokondji and Bokatola System, to highlight the situation in the DRC and support Oxfam’s work there. The single Hallo is a joyous slice of Congolese sunshine.

The intersecting world of Congolese fashion has also gained international attention for its creativity. Sharply dressed dandies known as Sapeurs have appeared in a Guinness ad and the video for Losing You by Beyoncé’s sister, Solange Knowles. Most governments’ travel advisories caution against visiting the DRC, but there are tours for those who are keen to experience Congolese creativity. Congo Travel and Tours offers nocturnal expeditions to Matonge, Kinshasa’s nightlife hub.

Music is central to life in the Ghanaian capital, Accra, which produced one of Africa’s best-known genres, highlife. This celebratory dance music was born in the early 20th century, mixing local Gold Coast rhythms and palm-wine music with European influences. Its name referred to dance evenings frequented by the city’s elite, and the seprewa, a local version of the kora, informed its infectiously upbeat sound. The style was reinterpreted by guitar bands in the mid-20th century, before giving way to genres such as Afrobeat, which exploded across Africa from Ghana and neighbouring Nigeria. The late Fela Kuti, one of Africa’s greatest musical stars, exported his politicised version of funky, jazzy Afrobeat from Nigeria to the world. Today, Nigerian musicians such as the mask-wearing Lágbájá are continuing Kuti’s legacy and reflecting life in the troubled country.

Recently, highlife has made a comeback as an influence on hip-life, which combines the Ghanaian style with hip-hop beats and lyrics. This energetic mix of sunny African sensibility and edgy American attitude can be heard in clubs and taxis across Accra. The Ghanaian capital has numerous nightclubs for catching local acts and meeting the laidback locals, especially on Cantonments Road (commonly known as Oxford Street) in the Osu neighbourhood. Parties and performances regularly shake the sand of Labadi Beach (also known as La Pleasure Beach), which is maintained by the adjoining resorts.

Accra’s music-loving inhabitants are crazy about genres from gospel to reggae – indeed, Bob Marley’s widow, Rita, and many of the reggae star’s descendants live in Ghana. Given the cross-border musical traffic between Ghana and Nigeria, Accra is also a relatively safe spot to hear some contemporary Nigerian sounds.