Africa is a fantastic place to watch birds, many of which have migrated from Africa to Europe. Most of the best birding locations are concentrated in small areas near sparse inland marshes, rivers, and coastlines, from the Atlantic Coast of Morocco to the Nile in Egypt, but the dry inland areas are prime grounds for birds of prey. Whether you’re searching for storks, ducks, herons, osprey or falcons, here are some of the best places for bird watching in North Africa. 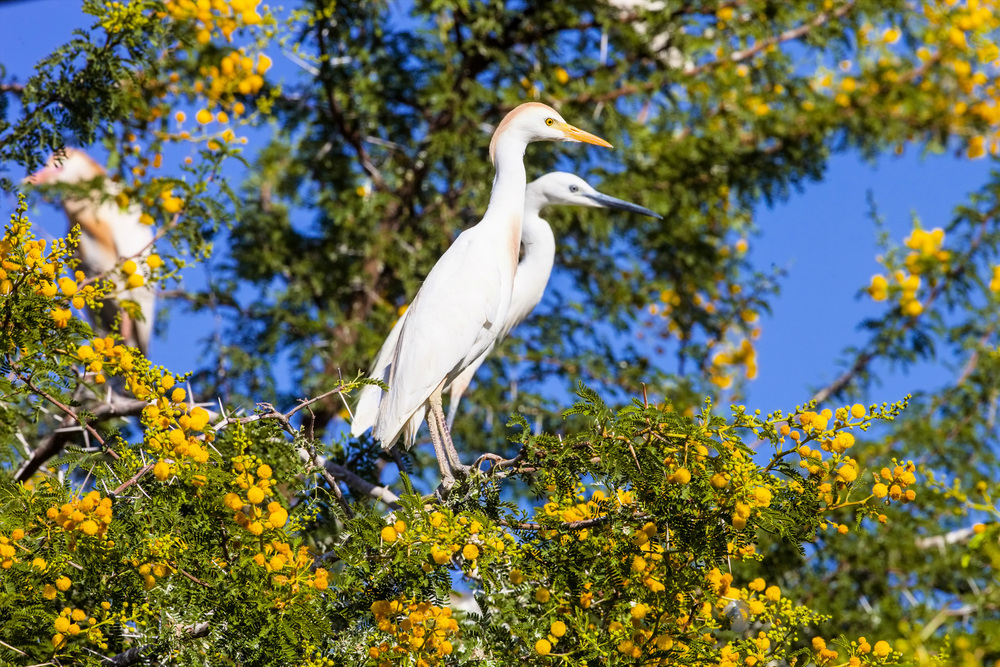 Merja Zerga is one of the largest areas for birding in Morocco and features over 70 square kilometers of marshland. Tens of thousands of birds make their way through the area every year, usually in the winter between December and February (though some like to hang around through April). It’s a fantastic place to see massive numbers of pink flamingos, white egrets, blue herons and colorful ibises. 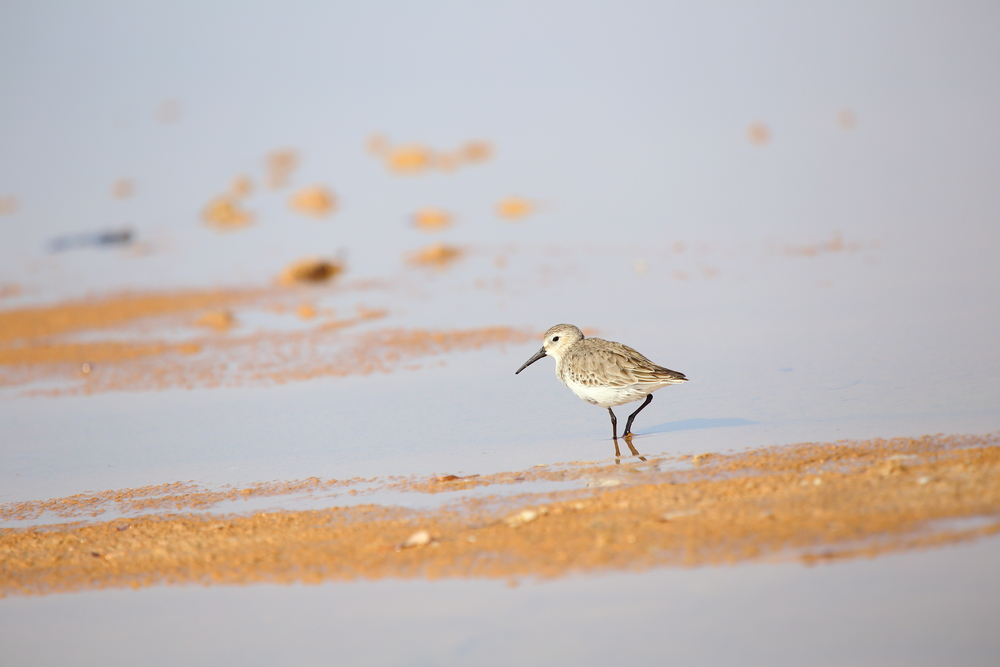 Located at the southern tip of the Sinai peninsula just south of Sharm el-Sheikh, Ras Muhammed is one of Egypt’s finest spots for bird watching. It’s also one of the oldest protected areas in the country and a nesting ground for white storks, herons, falcons and ospreys.

A UNESCO World Heritage Site, this park is home to Ichkeul Lake which is the last in a chain of ancient lakes that were once in the area. More than 185 species of birds have been recorded in the park, and some of the more common ones include pink flamingos, storks and local ducks. 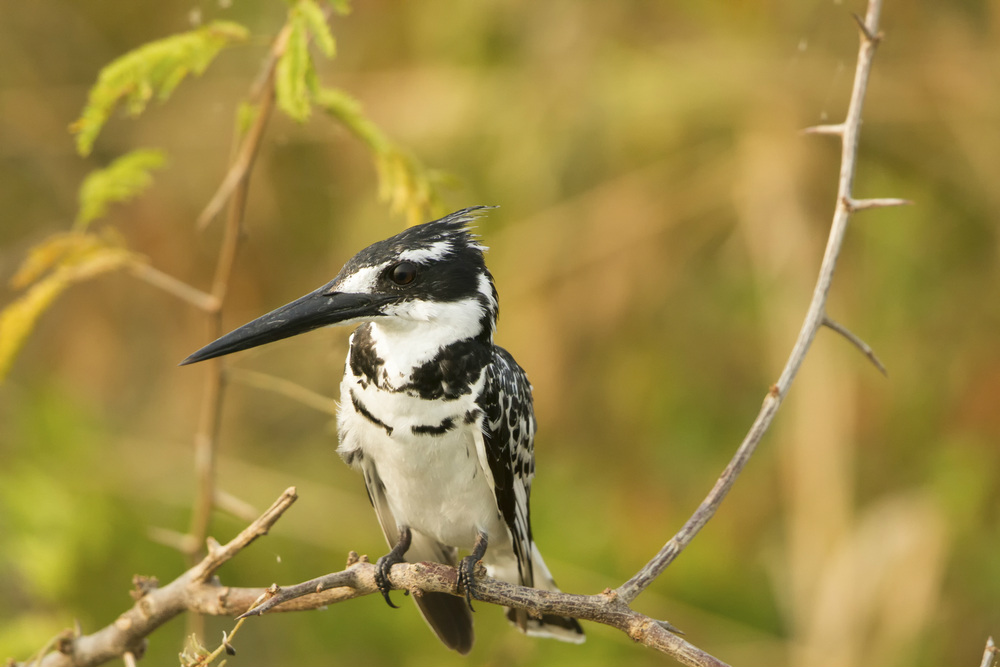 The lake at Sidi Boughaba is easily reachable from Rabat (just a short 30 kilometer drive north) and is home to many migratory birds for a few months. Common birds in the area include kingfishers, wagtails, sandpipers, shovelers and numerous ducks. And if you’re staying in Rabat, be sure to go to the ruins of Chellah, where hundreds of storks have taken over the former Roman settlement. 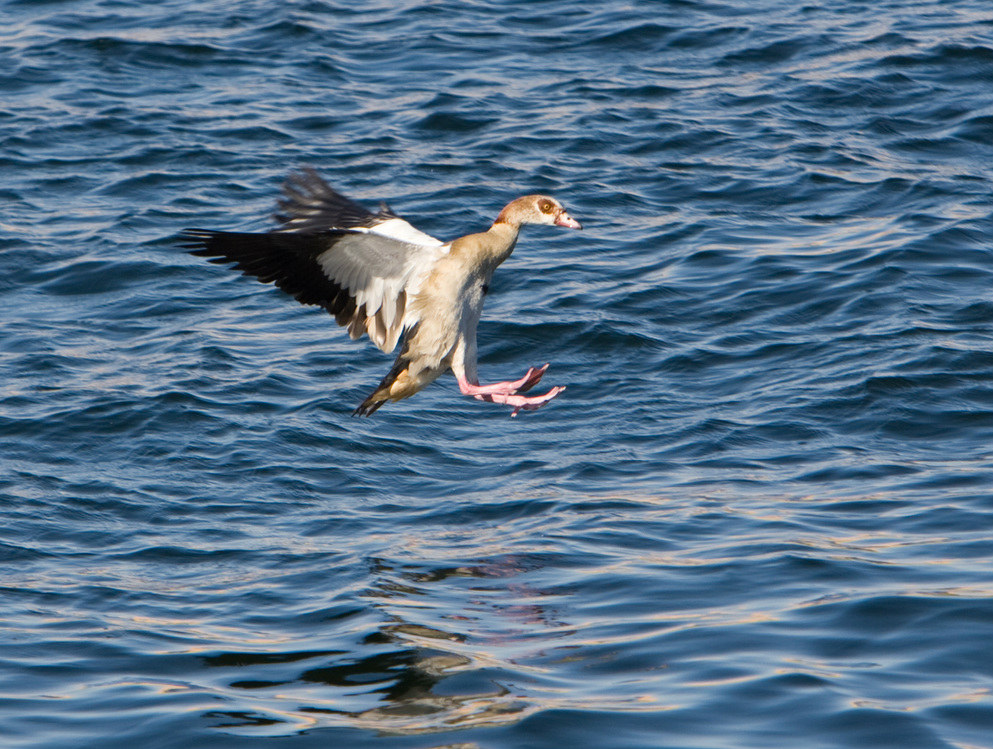 Even if you’re staying in and around Cairo, there are plenty of birding opportunities along the Nile River. One of the best ways to see them is by getting on a felucca with a pair of binoculars and your best telephoto lens. The most common birds in the area include cattle egrets, Egyptian goose, sunbirds, kingfishers and painted snipe. 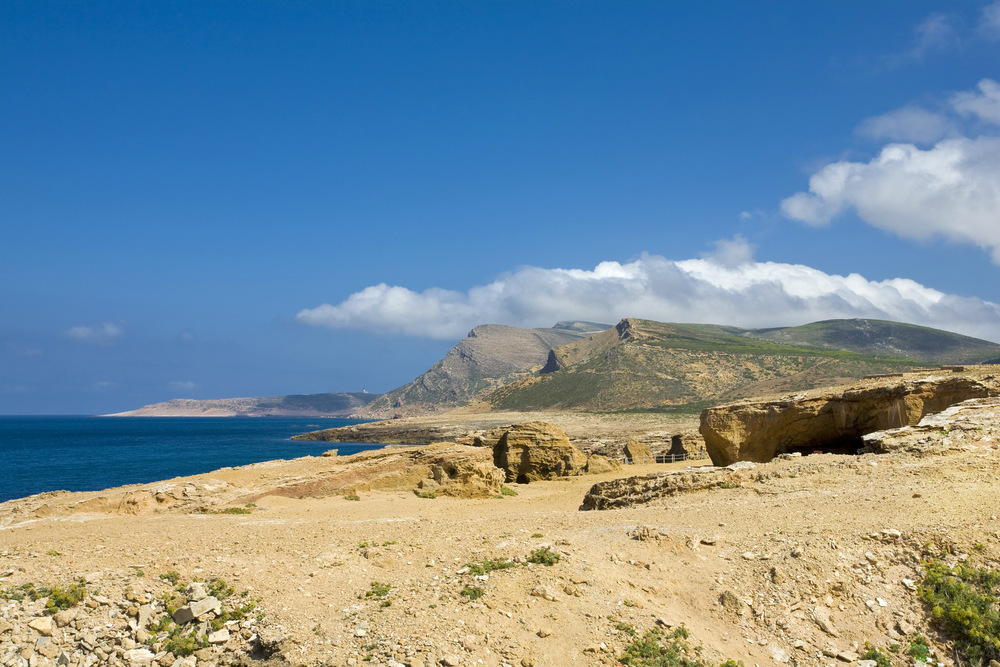 The coastal town of El Haouaria and Cape Bon are often the final stop for many birds before they head across the Mediterranean to Europe. It’s crucial to go during the Spring to see them, and if you do, you’ll find thousands of birds congregating including sparrow hawks and numerous storks. 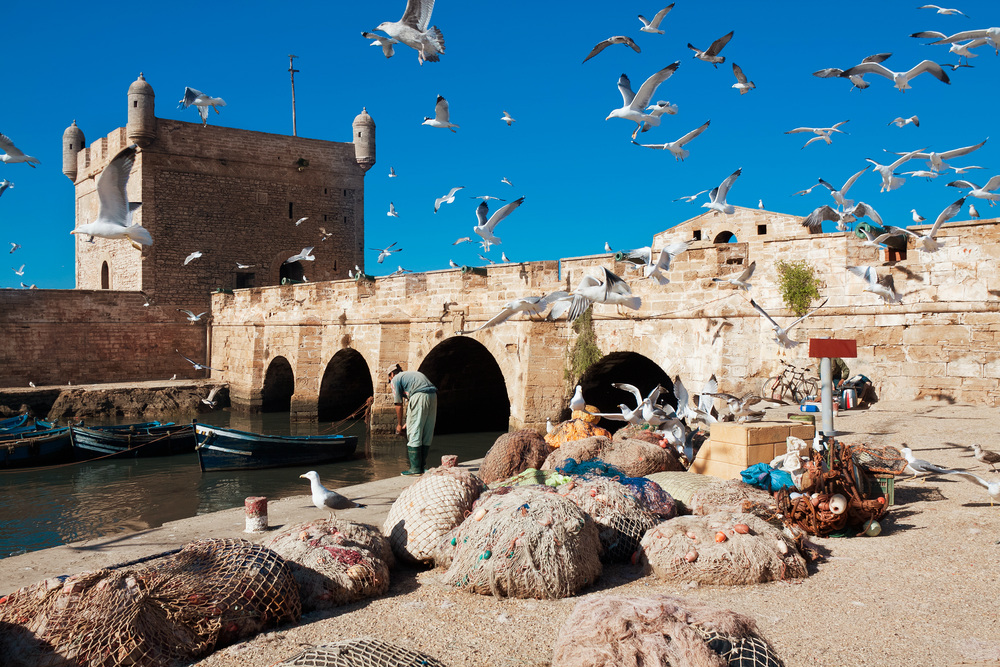 Essaouira is not only an attractive coastal city to go on a vacation, it’s also superb for watching birds. The bays to the south of the city are particularly good for bird watching, and includes many birds of prey that, like the fishermen in the area, live off the bounty of sea life close to the shore. It’s also home to the rare Eleonora’s falcon, which can be seen on Mogador Island along with the smaller islands that surround it. 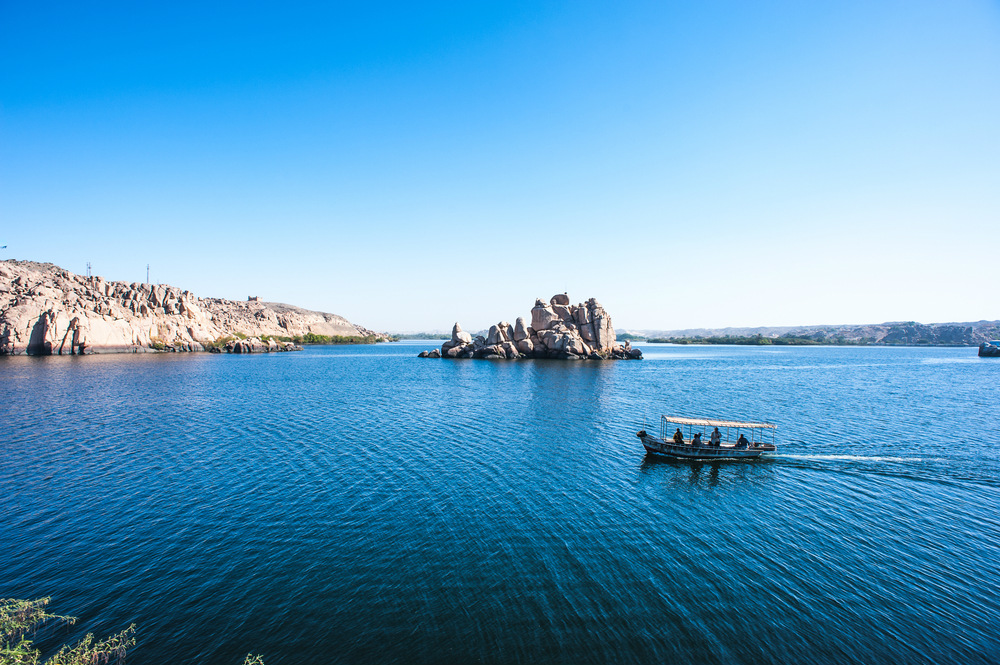 Abu Simbel is the location of many of Egypt’s iconic temples but is also a stopping point for migrating and local birds. Birders can find storks, skimmers, wagtails and pink-backed pelicans in this area along the shores of Lake Nasser. Take some time to explore the lake and you’ll be surprised at what you see. 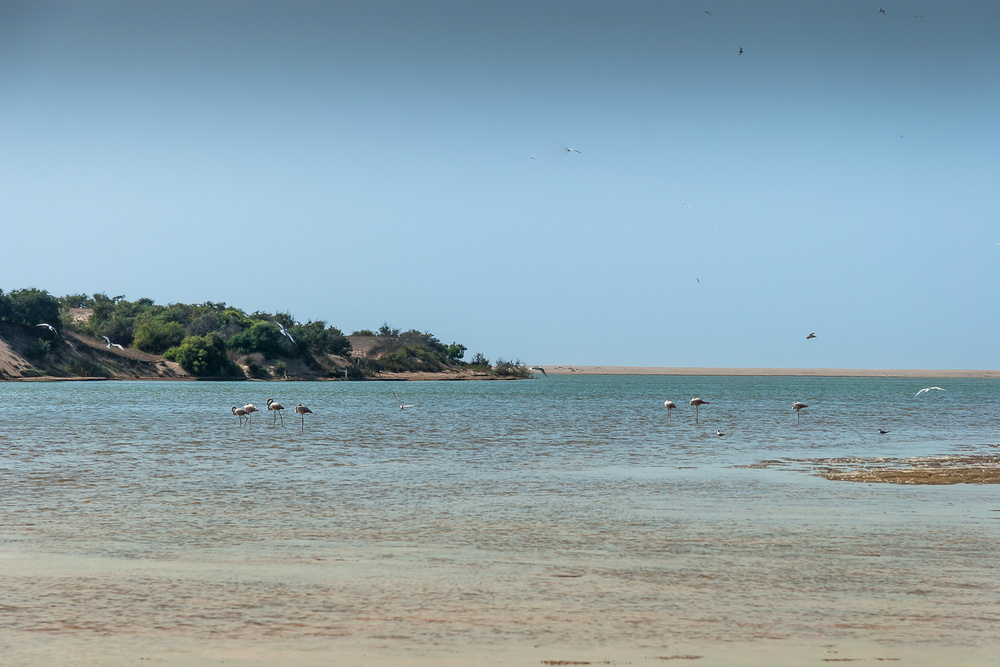 Another coastal hot spot in Morocco is the Souss-Massa National Park. Located south of Agadir, the park runs 70km down the coast and is full of many water birds. Within the park, the Oued Massa estuary is probably the best place in all of Morocco to see birds in a concentrated area. You can find plenty of waterfowl, martins, warblers, buntings and nightjars in the area. 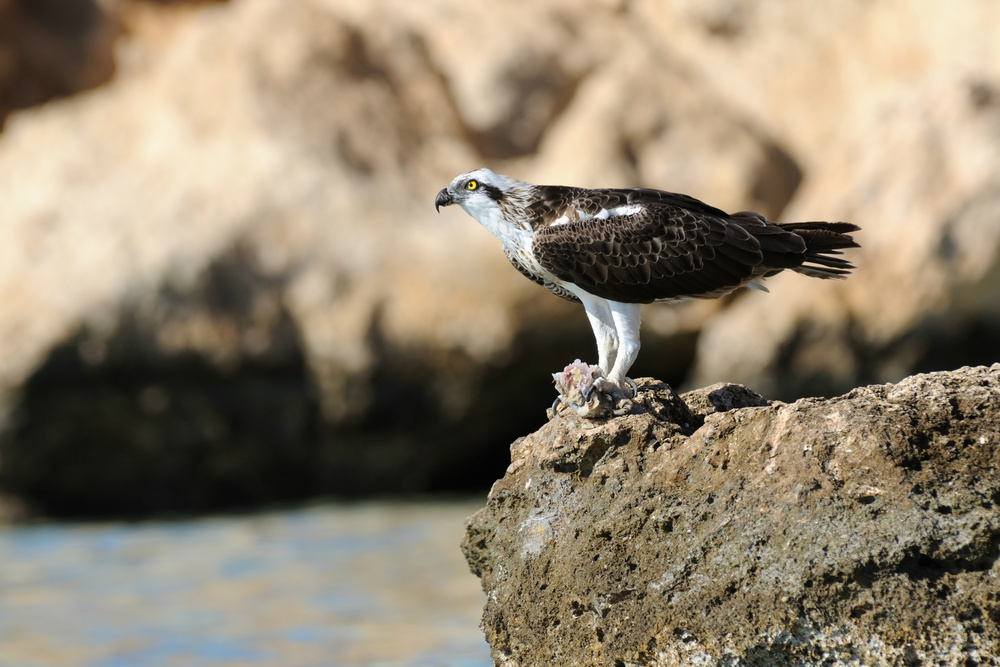 Ain Sukhna is around an hour and a half from Cairo along the Red Sea coast and is an important place for migratory birds, especially during the spring migration. The birds often stop along the Galala Plateau, and seabirds are there year-round. And when you’re done watching, the beaches in the area aren’t too shabby either.