South Africa’s largest but least populated province is characterised by rugged, red-tinged scenery that wouldn’t be out of place in a John Wayne movie, but still the Northern Cape is largely overlooked as a travel destination. Those who visit tend to head straight to the national parks and nature reserves, where you can witness anything from singing sand dunes and black-maned lions to thundering waterfalls and floral carpets. It’s a beautiful province.

Perhaps not so obviously beautiful as the mountain-dotted Western Cape or the bucolic and verdant Eastern Cape, the Northern Cape is a striking land of wide open spaces and even wider skies, of otherworldly light and of cute and quirky towns (known as “dorps” locally) punctuating the long, straight, flat roads every couple of hundred kilometres. Here are eight that you mustn’t miss. 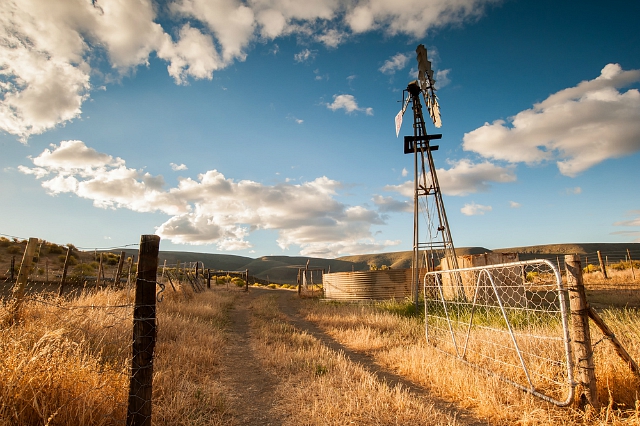 You’re unlikely to see any movie actors or rock legends in Sutherland, but there’s certainly no shortage of stars. In fact, the town’s tourist offering is almost entirely built on its position as one of the world’s best places to stargaze. By day you can visit SALT (Southern African Large Telescope), a colossal telescope that sits in the South African Astronomical Observatory, 14km east of town. By night, return to the observatory for a tutored stargazing or stick around the town for a more intimate evening of astronomy with local enthusiast Jurg Wagener. It’s not all about the sky though – the land here is also pretty important, not least for nourishing the sheep the region is known for. Grab a hearty lamb dish in one of the town’s few restaurants – the perfect way to warm up in what’s often cited as South Africa’s coldest town. 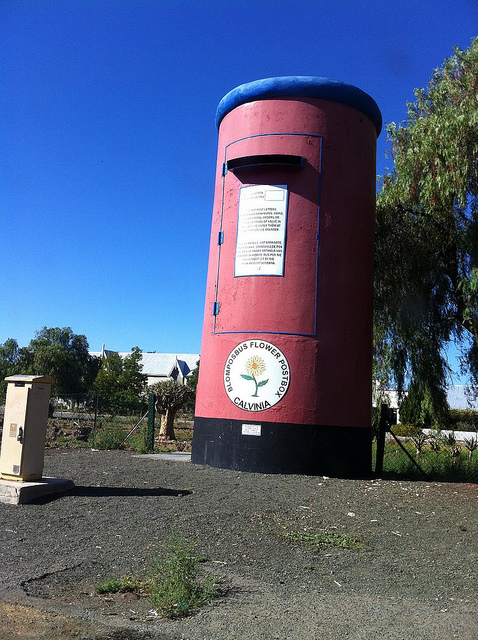 “Welcome in red meat country” proclaims a sign as you enter Calvinia, a sleepy town in the Hantam Karoo region. Like the rest of the Karoo, Calvinia is known for its lamb, but this particular town is so proud of its carnivorousness that each winter there’s an homage to meat. The Hantam Meat Festival takes place on the last weekend of August and features live music and family fun as well as the opportunity to eat pretty much every part of every animal… The rest of the year, Calvinia is the kind of place where you can safely cross the road without looking; a picture-perfect, quiet town lined with pretty buildings and a few quirky sights. Check out what is cited to be the world’s largest post box then head to Junkyard Blues, a private house-cum- art gallery-cum-theatre-cum-guesthouse in Calvinia’s sleepy side streets. 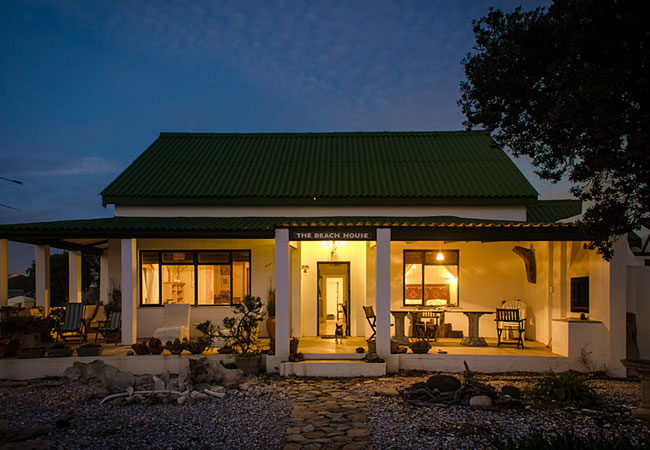 Route 382 dips and winds through stark russet landscape to the edge of the ice-cold Atlantic Ocean, where you’ll find the pleasing town of Port Nolloth. Here you somehow want to grow a beard, smoke a pipe and adopt the parlance of pirates. It’s a windswept seaside dorp, where oceanic mist hangs in the air and everything has something to do with the sea. The charming museum documents the local diamond-diving industry and features many a nautical exhibit, every restaurant serves fresh fish, and guesthouses, with their sea-facing rooms, have walls adorned with maritime memorabilia. 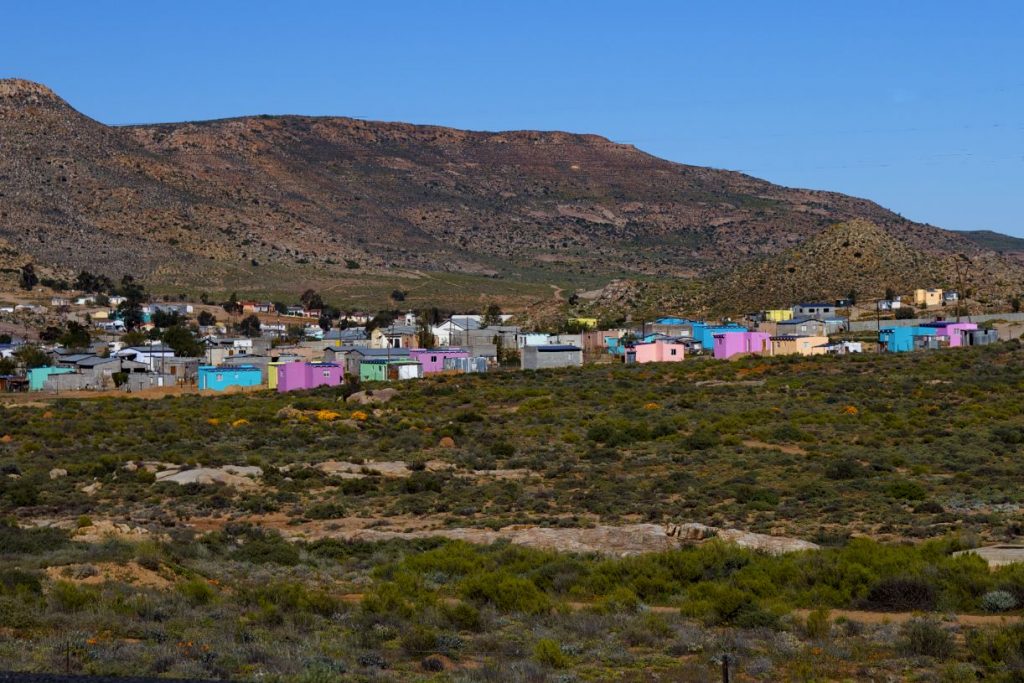 Sitting in the far north of the province, Springbok is the last major town before the Namibian border and generally serves as a stopover for travellers on lengthy drives. Springbok has a cute church, a passable museum and a rather delightful steak house, but it’s the town’s surrounds that really appeal. Rent a 4×4 and head to the nearby Goegap Nature Reserve or further south, the Namaqua National Park. Both are particularly magnificent in spring, when the renowned Namakwa flowers burst into bloom. 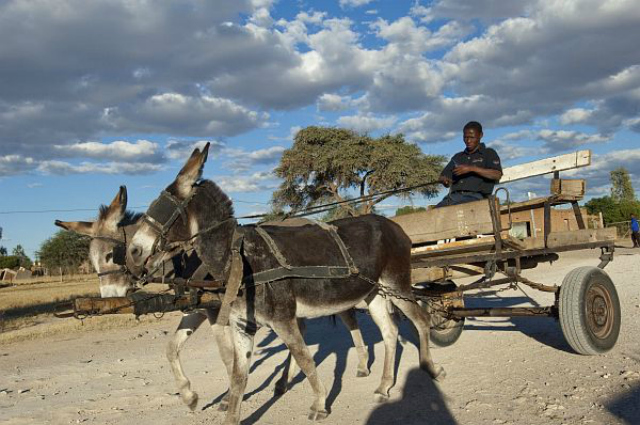 If you thought the average Northern Cape town was off the grid, you ain’t seen nothing yet. Riemvasmaak, population 700, is tucked away between the Augrabies National Park and the south-eastern corner of Namibia. Its native communities were evicted during apartheid but were resettled in the 1990s. Unemployment in this stark, remote region is high, but community tourism has brought some relief. Rent a 4×4 before you arrive and ask locals to set you on the right path. There’s hiking and bird-watching in the boulder-strewn mountains or for something a little less strenuous, take a dip in the village’s hot springs.

There’s something frontier-like about diminutive Victoria West, a stopover town in the southeast of the province. The empty streets are lined with cute homes framed by wrought iron broekie lace trim and you can almost imagine a Wild West madam emerging to boot an inebriated cowboy from the stoep. In between the single-storey homes, look out for the pretty St John’s church, the former hotel dating back to the town’s Victorian heyday and the Apollo Theatre, a unique example of art deco design.

Best for food and drink: Kakamas

The Northern Cape is not generally known for fine dining, but the region around Kakamas, on the banks of the Gariep (Orange) River, has enough to keep the foodie traveller occupied for a couple of days. The Kokerboom Food & Wine Route takes in a few of the region’s wineries – try Bezalel for a wide range of wines plus liqueurs and even mampoer (moonshine). In Kakamas itself, grab breakfast or a bag of biltong at Die Pienk Padstal, a quirky farm stall, and enjoy conveyor belt sushi at the Kalahari Gateway Hotel – featuring springbok sashimi alongside salmon roses and tuna rolls. 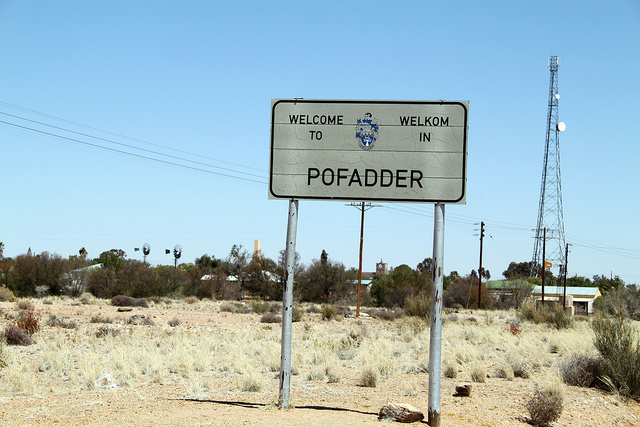 Best for saying you were there: Pofadder

Generally when you travel, you have some sort of purpose. You pick destinations for their scenery, their activities, their history or their cuisine. Far-flung Pofadder wouldn’t really make it on to a traveller’s list for any of these reasons, but that doesn’t mean there’s no point in coming here. If you’re travelling at length in the Northern Cape, you’ll have to pass through Pofadder, a town of 3000 people miles from anywhere on the long, flat and fairly boring N14 road. There is no museum, no notable restaurants and only the most basic of accommodation. But in South Africa, Pofadder is synonymous with the Middle of Nowhere, so stopping for a quick pic of the town sign is a Northern Cape must – just to prove that you really explored every inch of the province.