Giraffes are the type of animal you can’t take your eyes off. At once elegant and clumsy, their outsize bodies and impossibly long necks make them seem like either a wonderful accident of nature, or a bio-engineering project gone delightfully wrong.

These incongruously fascinating creatures are primarily known as acacia-eating African savanna dwellers, but few people know much more than that. Which is why we want to fill you in on some fun facts about giraffes, because there is so much more to know! 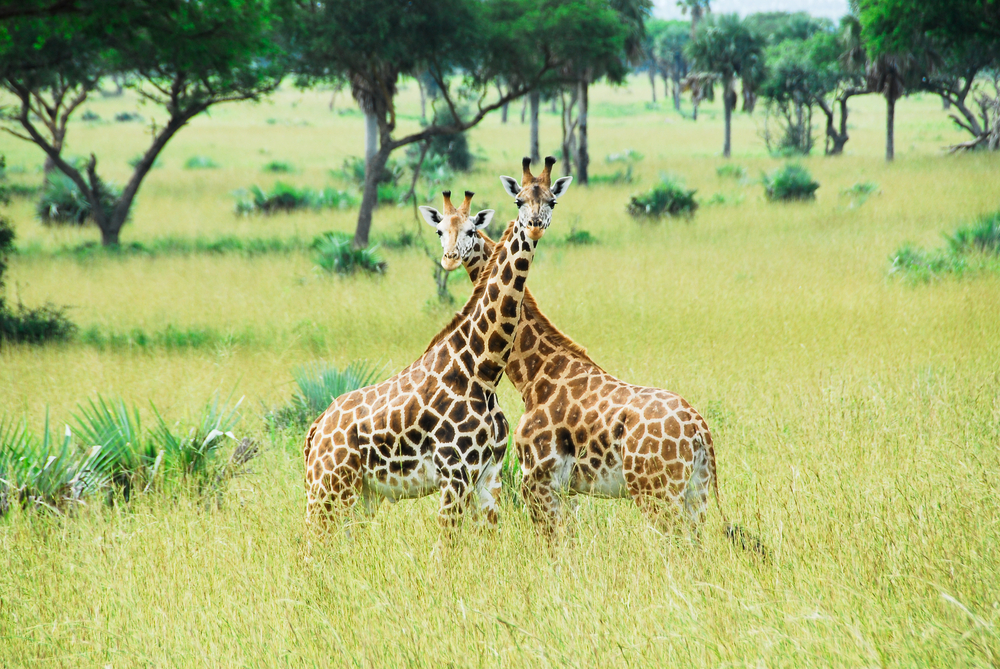 No two giraffes have the same spot pattern

Their coat patterns may look alike, but they are as distinct as human fingerprints. Although giraffes from the same region tend to have more similar patterns than their more distant cousins. 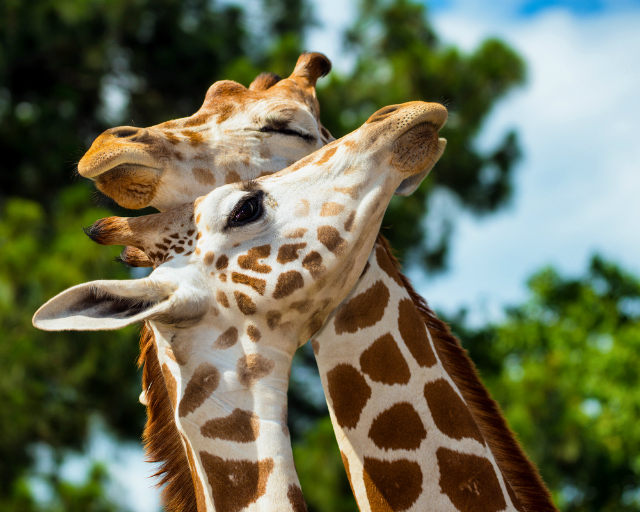 Giraffes getting up close and personal (Shutterstock)

Giraffes, which only exist on the continent of Africa, are categorized into nine subspecies: Angolan, Kordofan, Nubian, South African (or Cape), West African (or Nigerian), Reticulated (or Somali), Rothschild, Thornicroft, and Masai. Many of these are severely endangered or nearly extinct, such as the Nubian giraffe, of which only 250 or so individuals remain in the wild. The Masai giraffe is the most abundant, with over 20,000 living in Kenya and Tanzania.

What’s in a name?

A giraffe looks a bit like a camel crossed with a leopard, right? Well the ancient Greeks thought that’s what they actually were, which is how they ended up with the species name Giraffa camelopardalis.

Those knobby things on their heads aren’t actually horns — they’re called ossicones. When giraffes are born the ossicones lay flat against their heads and are not attached to the skull, to avoid injury. You can tell male from female giraffes by looking at the ossicones: females’ are covered in fur, while males’ are mostly bald (from fighting with other males). 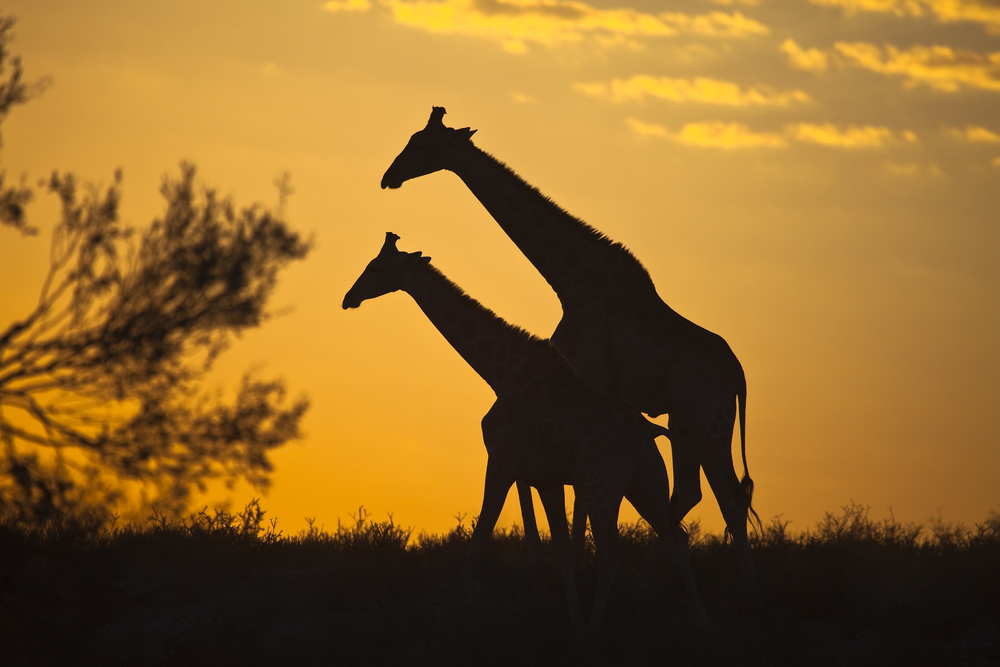 Their back legs only look shorter than their front ones

Since giraffes have downward-sloping backs, it can make their back legs seem shorter than their front ones. But they are actually the same length.

Giraffes have blood pressure that’s twice as high as humans’, and heartbeat that’s three times as fast. This is necessary keep blood flowing all the way up their necks, into their heads. Their necks are about six feet long, and weigh a whopping 600 pounds (272 kg). But they only have seven neck vertebrae, the same as humans! 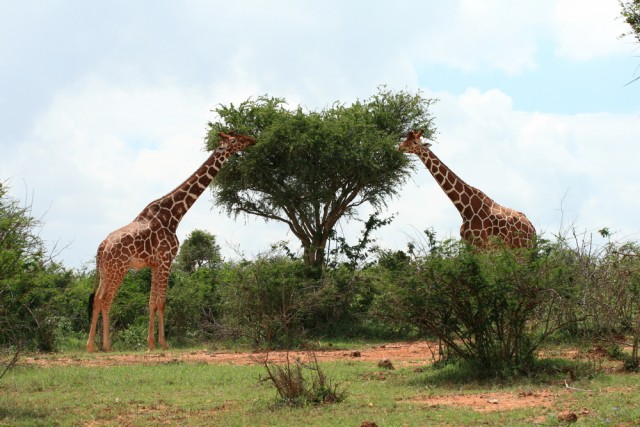 Giraffes “prune” the undersides of acacia trees, yet surprisingly do not get pierced by their notoriously long, sharp thorns. They carefully wrap their 20-inch-long, prehensile tongues between the spines and delicately remove the tender tasty leaves.

They get most of their water from leaves

Adult giraffes only need to drink water once every couple of days, because they get most of the moisture they need from acacia (and other) leaves. Besides, it’s not easy for them to drink water from a stream or lake, due to their long, long legs. Awkward!

A group of lions is a called a pride, a group of crows is a “murder,” and a herd of giraffes is called a tower (fittingly). Herds don’t necessarily travel in close proximity: a group spread over a half-mile of savanna is still considered a “tower,” and they keep tabs on each other with their superior eyesight and bird’s-eye vantage point. Despite the fact that they often travel in herds, giraffes have very little defined social structure or group hierarchy.

It’s a long way down, baby

Baby giraffes are about six feet tall when they’re born, and they fall about that same distance when they emerge from their mother’s womb and slip to the ground (yes, giraffes give birth standing up).