Easter is celebrated in various ways in different parts of the world due to cultural differences and centuries of tradition. And there’s no better way to spend your time off work than heading somewhere new and taking in the world around you. From Indonesia to the United States, here are the best places to celebrate Easter.

Relax on the stunning beaches of Alghero or take in the celebrations of the ancient traditional ways of Holy Week. Dating back to 1501, the celebrations begin on Tuesday and end on Easter Sunday with various processions through the street to the main church. It is not only special, but also a beautiful celebration with everyone dressed in traditional clothes, singing traditional songs. 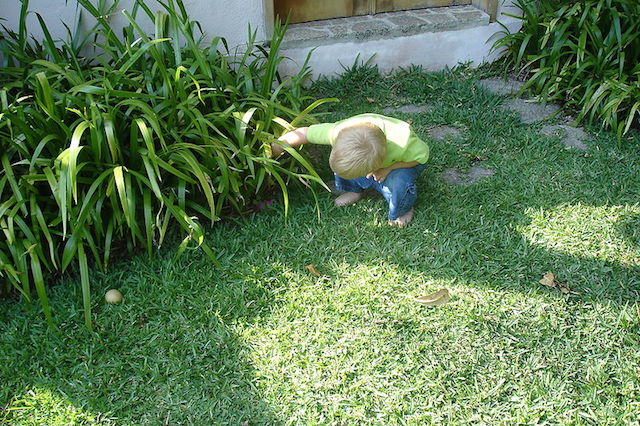 If you’re travelling with kids then Germany would be the ideal place to celebrate this Easter as one of its main traditions of receiving an Easter basket revolves around children. Children from across the country receive an Easter basket put together by their parents that contains eggs, chocolate, toys and other gifts. The basket is then hidden in the garden and children hunt for it on Easter Sunday. Though if you’re in the US, it’s generally similar. 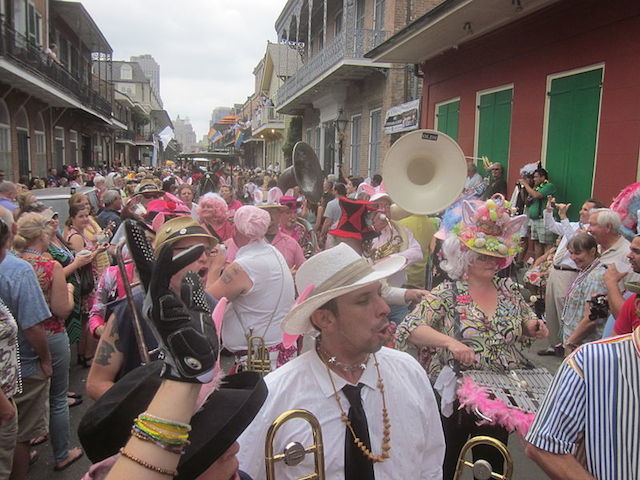 Head on over to the Big Easy which hosts the glamorous yet traditional French Quarter Easter Parade. With colourful floats, loads of beads and marching bands, Easter is celebrated in a huge way. 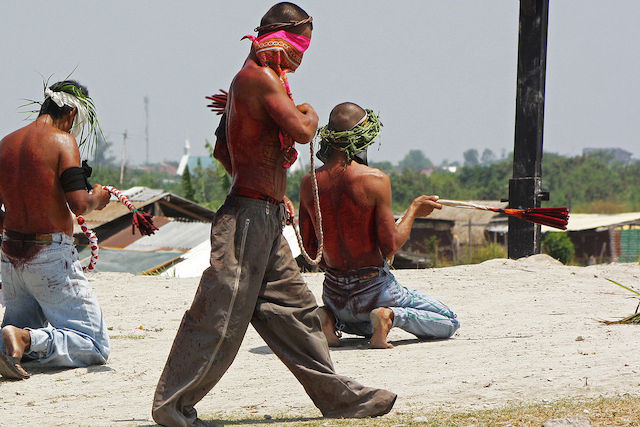 Easter rituals in the Philippines get bloody — yes, you read that right. Forget the beaches and go to see the Easter rituals where half-naked topless people get whipped on their backs with blades and bamboo sticks. The reason is to show their regret for their wrong doings and cleanse their sins. It is definitely something that you need to see to believe. 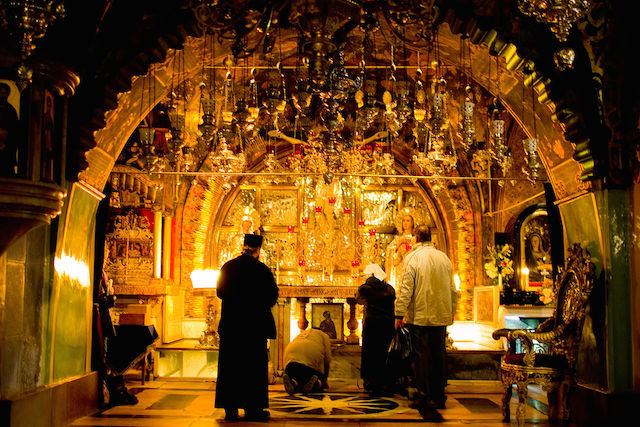 If you really want to get into the spirit of Easter then head to the Holy Land of Jerusalem where the whole Easter story is reenacted. With a Palm Sunday procession that involves 10,000 people, to walking the same path they believe Jesus took before being his crucifixion on Good Friday, Christians from all over the world flock to Israel over this time.

If you want to go to somewhere where all your senses will be awakened, then head to Lebanon over Easter. Visitors will get an eyeful as the streets are decorated in Easter decorations, and shops are filled with Easter treats including bunnies, chocolate eggs, and live baby chickens. After mass on Easter Sunday, the 40-day strictly vegan diet is broken with a lamb feast and Maamoul (Easter sweets).

If you’re looking for a performance then head to Rome. Yes, you’ll be in awe of the amazing ancient architecture, but the procession on Good Friday will blow your mind. Actors reenact scripture from the New Testament, reconstruct the Nativity and finish the ceremony off with a reenactment of Jesus’s life up until his crucifixion.

Take in the amazing view from this small town in the hills of south of Palermo, while enjoying the local’s rendition of “The Abballu de daivuli.”  Locals representing devils wear horrendous masks  and red robes, then run around on Easter Sunday trying to trap as many souls as possible (in the form of getting them to buy drinks). So basically you’ll be buying strangers drinks all day.

One of the most beautiful things that happens in Greece over Easter on Holy Saturday is when the five parishes of the Catholic Church get together and release hundreds of colourful lateens — symbolic of the Jesus rising from the dead. Along with the lanterns, there are also fireworks that help light up the sky. 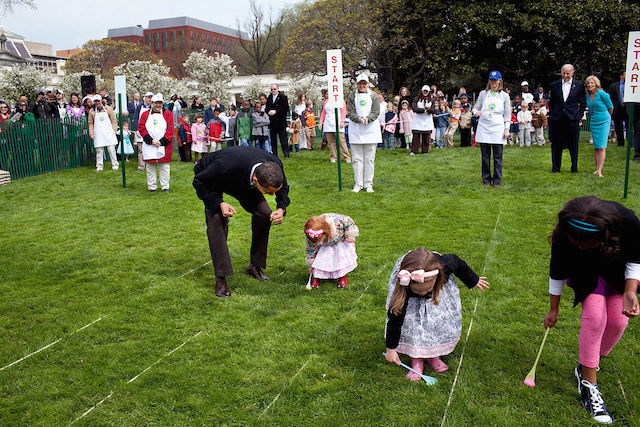 Join the president of the United States and the First Family in an epic Easter egg hunt and egg roll. Started by President Rutherford B. Hayes in 1878, the tradition has continued for well over 100 years. With over 35,000 attendees, it is definitely something to try to attend if you’re in the Washington DC area this Easter. And if spring comes on time, you’ll be able to see amazing cherry blossoms as wel.

More of a ski holiday for most, modern Swedes spend their time off work on the slopes and in their holiday cottages. In smaller towns and villages, Easter is loads of fun with the celebrations beginning on Easter Saturday. Children dress up as good witches who give out letters and cards in return for eggs, sweets, and money. 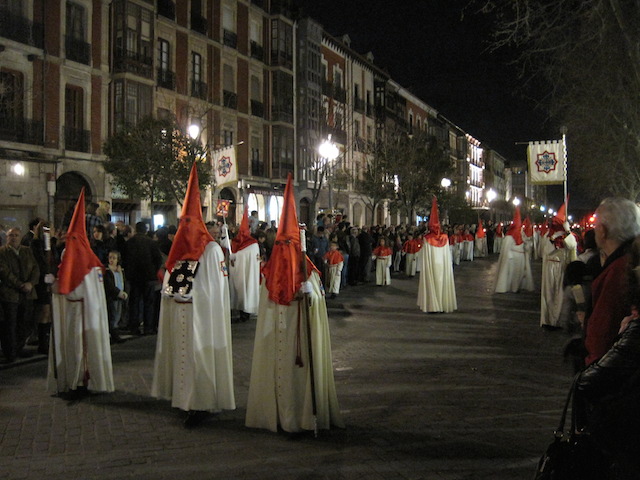 The beautiful architecture of Valladolid adds to the very emotional Easter celebrations of this amazing city. The celebration begins on Good Friday where various processions take place by different Easter Brotherhoods. Members of these brotherhoods get dressed in traditional robes and ride on horseback through the streets to the sound of drums.

Have a sweet tooth? Well head to Virtuous in Argentina for loads of cake. Easter Sunday all over Argentina consists of eating and sharing Easter eggs and eating a special Easter cake. In this annual tradition, family, friends and colleagues exchange eggs followed by attending mass and a big family gathering with loads of food. Doesn’t that sound delicious?

The beautiful city of Florence also celebrates Easter in a very traditional way. During the first Crusade of 1096, the Florentine knight Pazzo de ‘Pazzi planted the banner of the Cross on battlements in Jerusalem and as a gift, got fragments of the Holy Sepulchre that were then used to start the Sacred Fire of Holy Saturday in Florence. Today, a parade is held through the city as homage to these events. 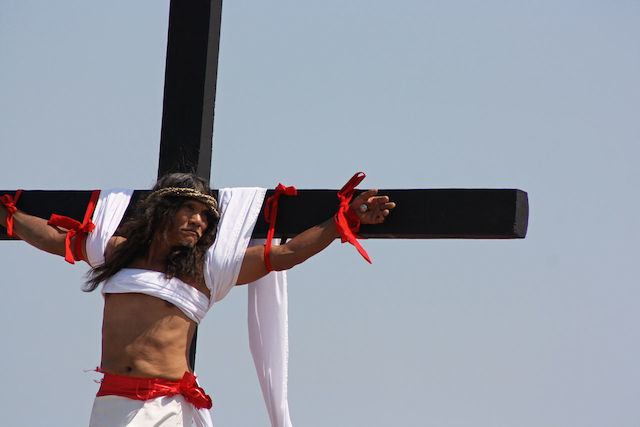 In parts of this stunning country, Christians take to the streets and give a very literal reenactment of the crucifixion. Young men consider it an honour to be chosen to play Jesus and be tied to cross.