The largest mosque in Africa, the Hassan II Mosque juts out over the Atlantic Ocean on the northwest side of Casablanca, Morocco. The sea bed is visible through the glass floor of the building’s main hall. Completed in 1993, it was commissioned by King Hassan II but funding came from more than 12 million donors around the world. Guided tours are offered in English Saturday through Thursday at 9 a.m., 10 a.m, 11 a.m. and 2 p.m. 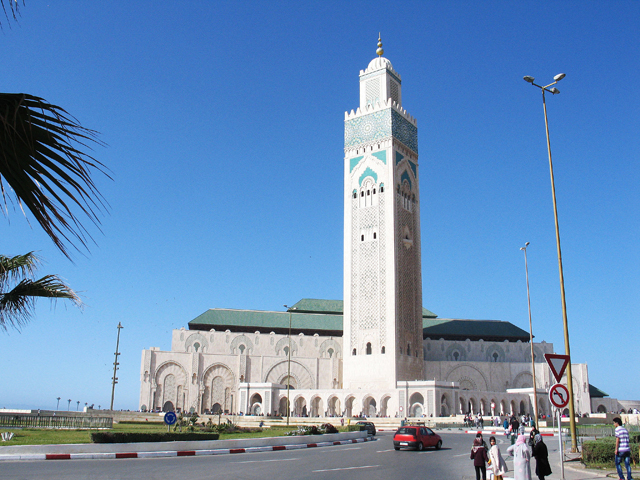 Said to be the seventh largest mosque in the world, the Hassan II Mosque can accommodate 25,000 worshippers inside the main hall and another 80,000 on the surrounding courtyards. 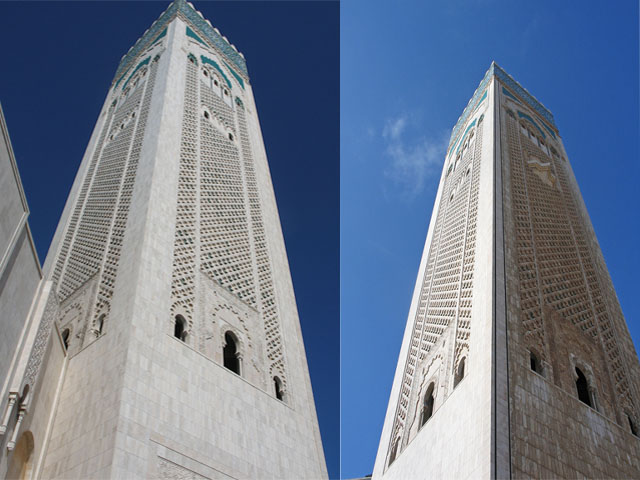 At 210 meters (690 feet) in height, the minaret on the Hassan II Mosque is the tallest religious structure in the world. There’s a laser beam at the top, pointing toward Mecca. 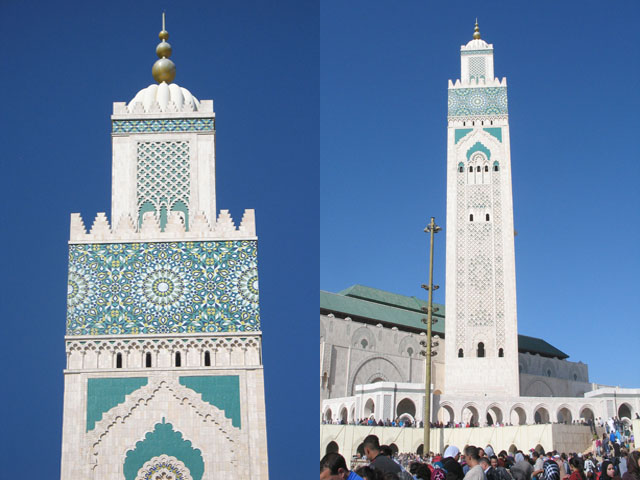 The minaret, visible across Casablanca, is inset with mosaic tiles in many shades of green at various places along its 690-foot height. The style was influenced by Moorish architecture in Andalucia. 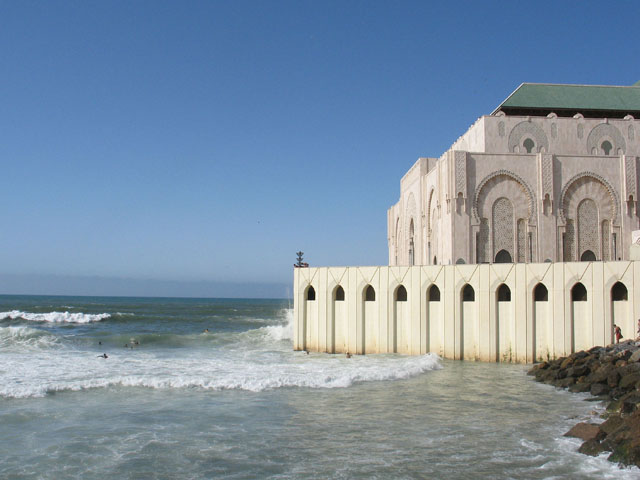 The building is built both on land and over the ocean. Part of the mosque’s floor is made of glass — but only the royals can kneel directly over the sea, as this part of the mosque is off-limits to visitors. 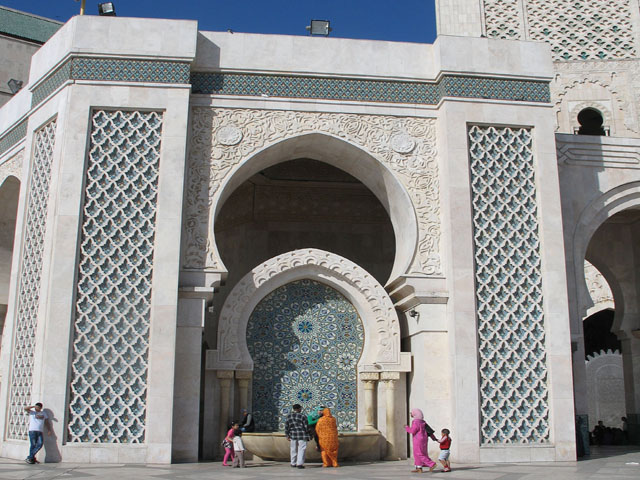 More than 6,000 master craftsmen and artisans from Morocco worked on the intricate decorations on the structure, which was was constructed by the civil engineering group Bouygues. 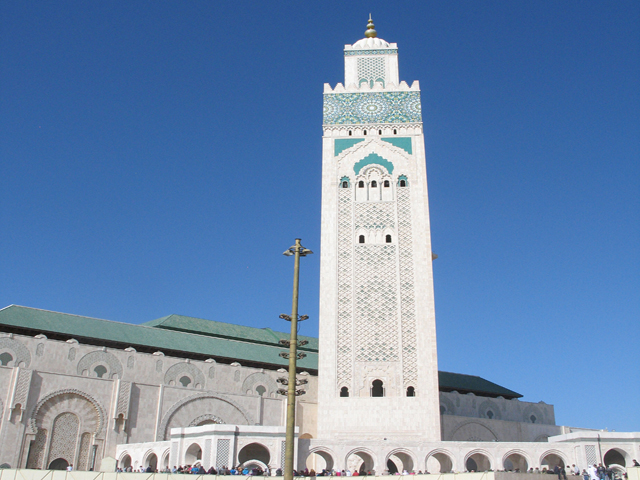 Designed by French architect Michel Pinseau, who had lived in Morocco, construction of the Hassan II Mosque began in July 1986 with an intended completion date of 1989 (a deadline missed by four years). 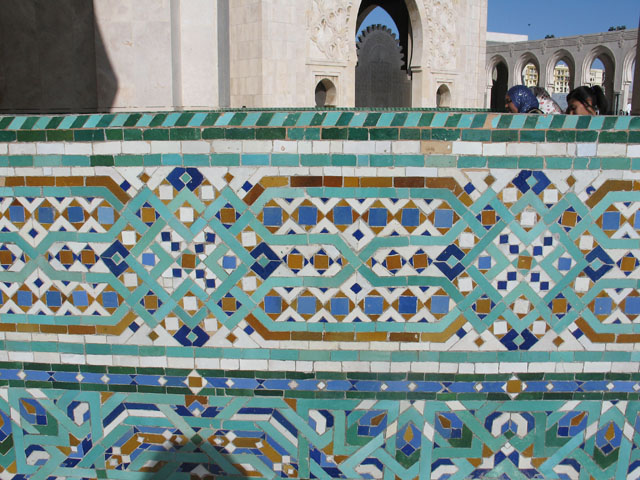 Most of the materials used in the construction came from Morocco. Exceptions include Murano crystal chandeliers from Venice, Italy. The marble came from Agandir, cedar wood from the Middle Atlas and granite from Tafraoute. 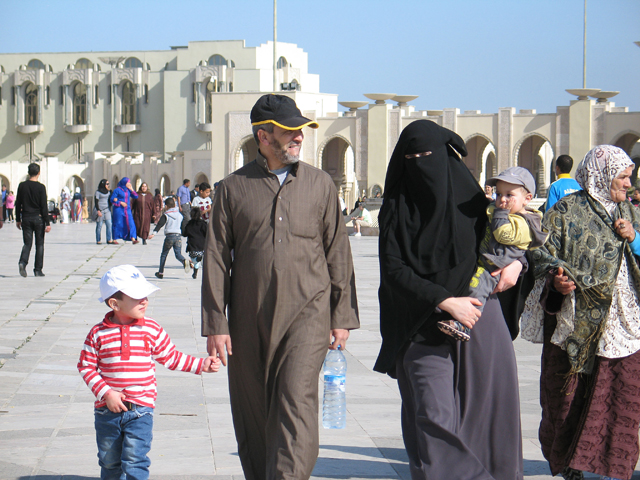 Out for a Walk

The mosque courtyard is a popular place for a stroll on a holiday afternoon in Casablanca. There are food vendors nearby, and lots of children laughing and playing. 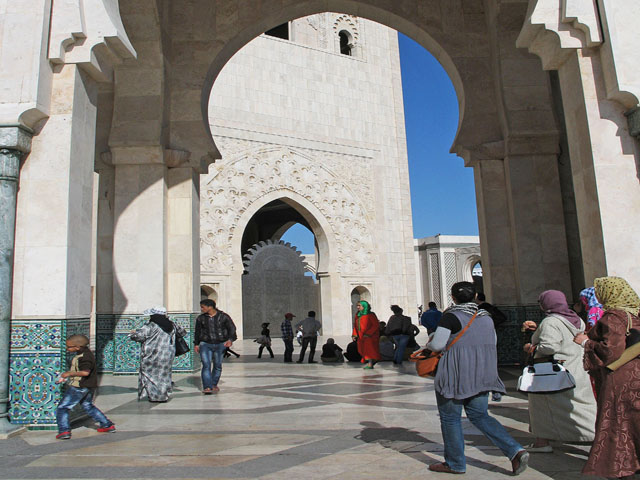 Horseshoe arches, common in the Moorish architecture of Spain, prevail both outside and in the Hassan II Mosque. 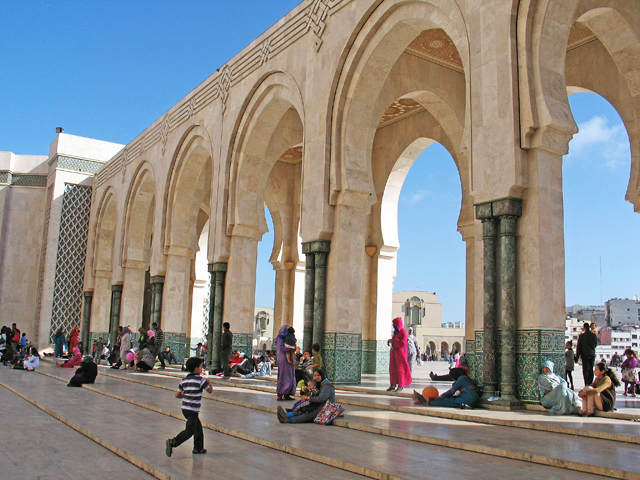 Work on the mosque began July 12, 1986. Twelve million people donated to the cause, with a receipt and certificate given to every donor. 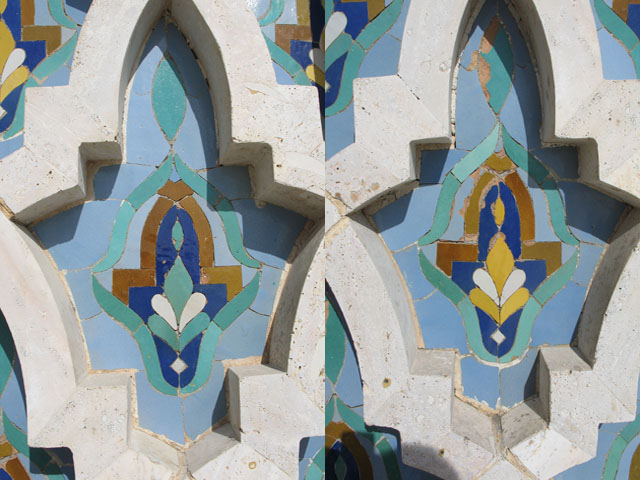 Open to the Heavens

Part of the roof is retractable, providing views of the sky for worshippers. 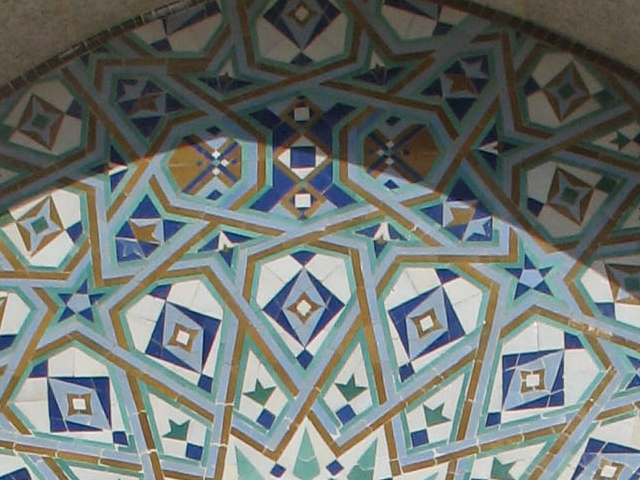 Casablanca is not known for its architecture — except for this mosque. The complex includes an Islamic school, hammams, a museum on Moroccan history, conference halls, and a large library. 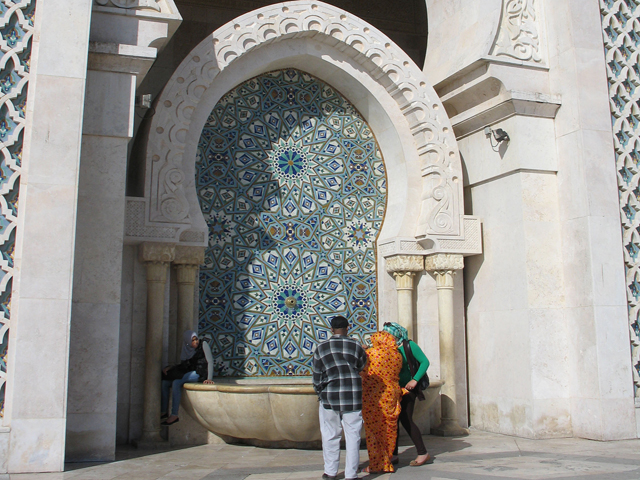 The 41 fountains of the Hassan II Mosque, both inside and out, are enhanced by intricate mosaics and fanciful basins. 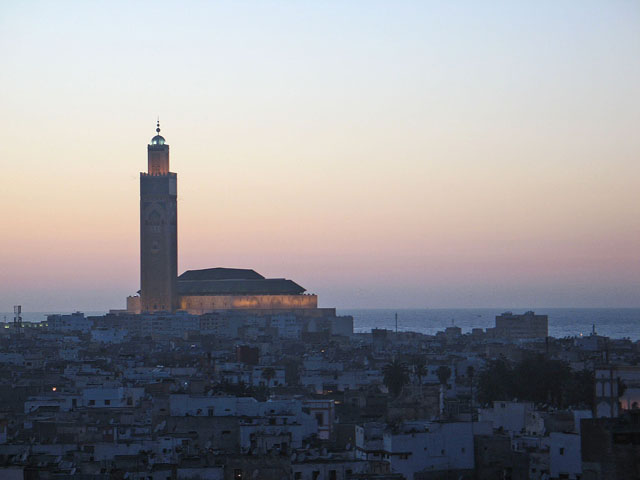 The sun sets over the Atlantic Ocean beyond the Hassan II Mosque. 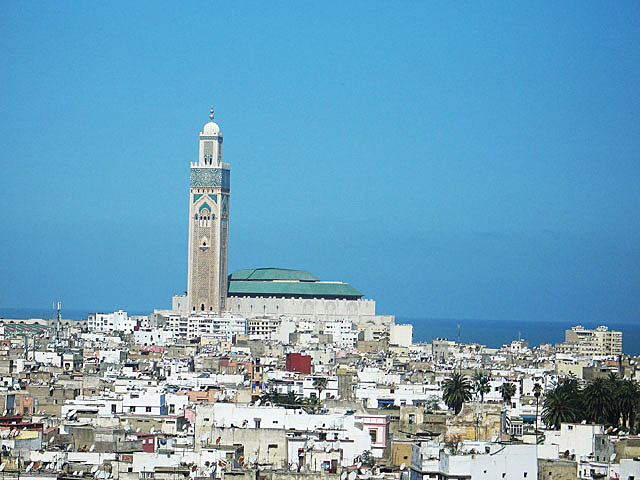