Alright, before you get upset and shove your child’s honor roll and home-made pine cone necklaces in our faces, let us emphasize that this apply to infants up to two years old. Before your kids can utter their first word, several animals can display more advanced skills than your precious darlings. So hold on to your parental pride, here are 15 animals that are smarter than your kids. 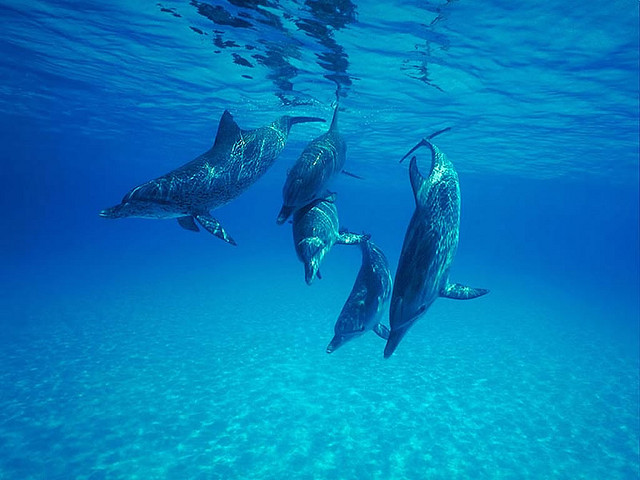 While most of us shouldn’t be surprised that dolphins rank high on the intelligence test, we cannot ignore how impressively smart they actually are. Dolphins have the ability to teach other dolphins what they’ve learned and communicate by echolocation. Current studies are working on human-to-dolphins communication and so far, it’s heading in the right path. 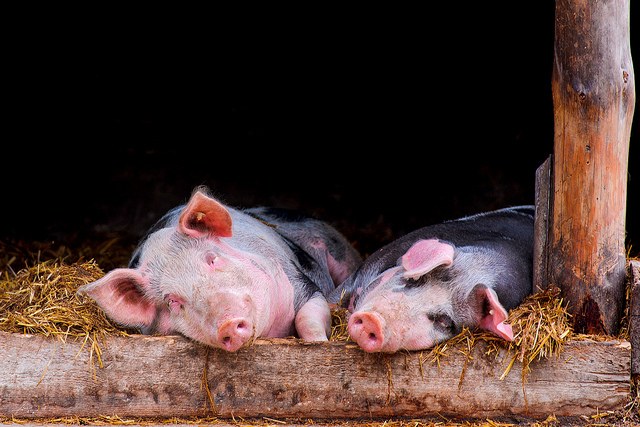 Sad to say, your Soppressata comes from a super intelligent animal. Pigs can solve complex tasks, display emotions, and are aware of their surroundings (which means, they’re completely aware of why they’re being hauled off to the slaughter houses). How’s that bacon looking now? Oink! 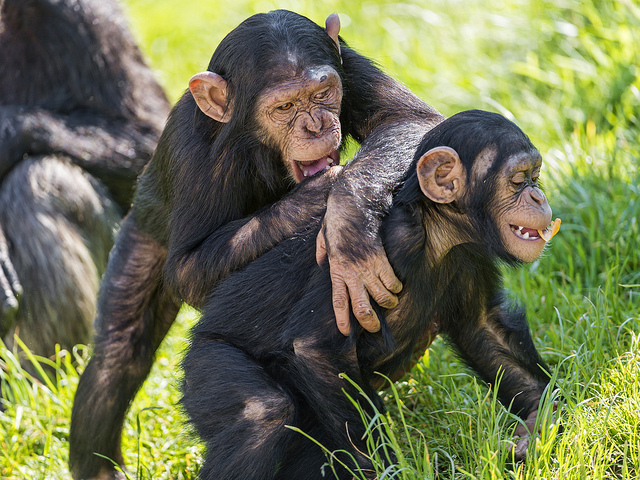 Chimpanzees are the closet cousin to the human race and their intelligence shows. The highly social creatures are known for impressive problem solving skills using tools and are completely self-aware. Like humans, chimpanzees rank their group from higher status to lower status and can develop their own “laws.” There have been some scientific breakthroughs in communicating with chimpanzees, such as the case of Nim Chimpsky, a chimpanzee that learned 125 sign language words to communicate with humans. 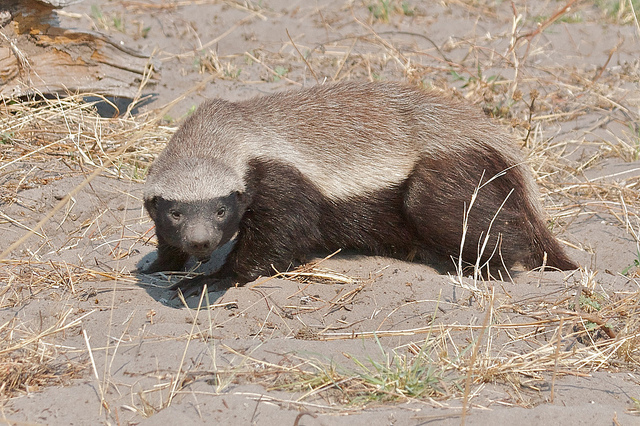 Highly intelligent, honey badgers don’t give a damn about their petite size when they have the smarts. These sneaky weasels are known to go for their predator’s weak spot (that’s testicles for you by the way) and rip it off with their bare teeth. They continuously outwit human’s traps and can be found using tools for problem solving. That’s one smart animal you do not want to mess with. 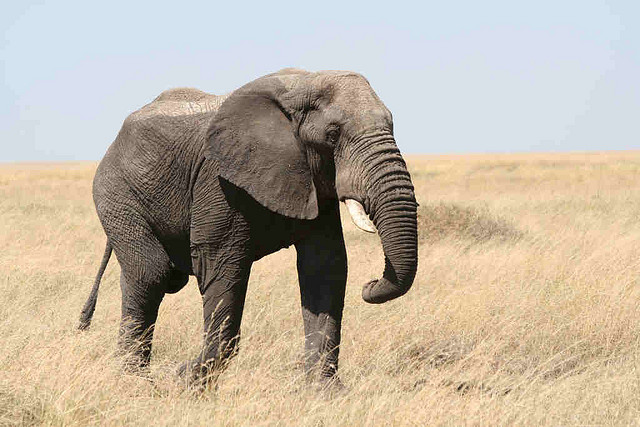 Elephants rank high among the world’s most intelligent species. They are also said to share the same cognition as the super-smart chimpanzees by using tools, mimicry, language, memory and self-awareness. Many experts and animal lovers argue that because of their high intelligence and human-like emotions, hunting elephants is morally wrong. 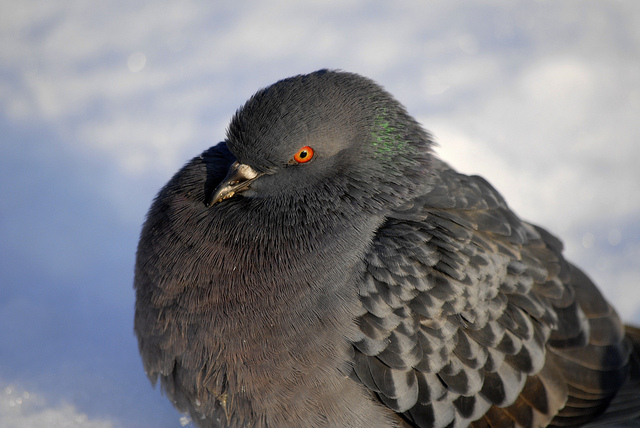 What? Wait. Pigeons?! But aren’t they, well…bird brained? Surprisingly, pigeons are more intelligent than we surmise as they have the ability to count (something your infant cannot do yet) and complete certain math equations. That’s Dr. Pigeon to you! 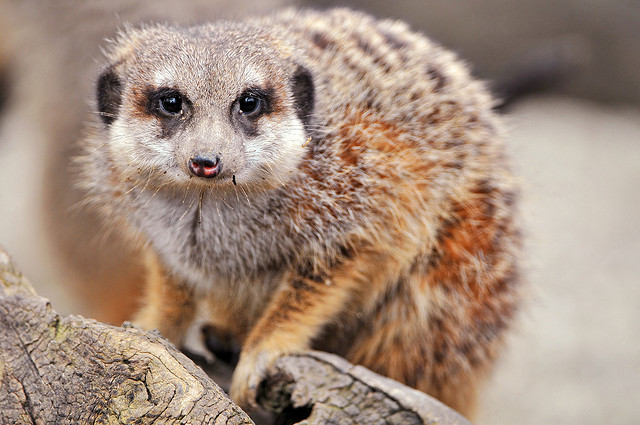 Meerkats are usually found in a tight-knit clan with each animal having their own role to contribute to their colonies. They also have the ability to learn from their own mistakes and coordinate well in groups to problem solve. They rotate their time to stand guard for unwanted predators and communicate with each other to assign tasks and assume roles. It takes a village, eh? 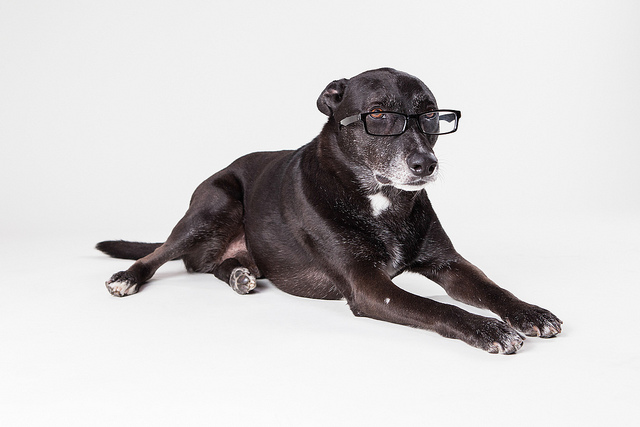 Who let the dogs out on this slideshow? Apparently, canines ranks high in problem solving, learning and can think for themselves. If you think your dog is impressive for knowing the word “walk,” wait until you hear about Betsy — a border collie that was can recognize the relationship between words and photos. 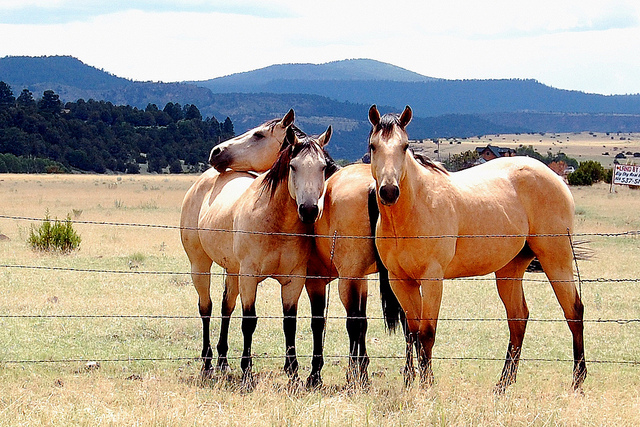 Horses are easily trained due to their impressive cognitive memory and can count (as long it doesn’t go over the number four). Are horses smarter than your infant? Yay or neigh? 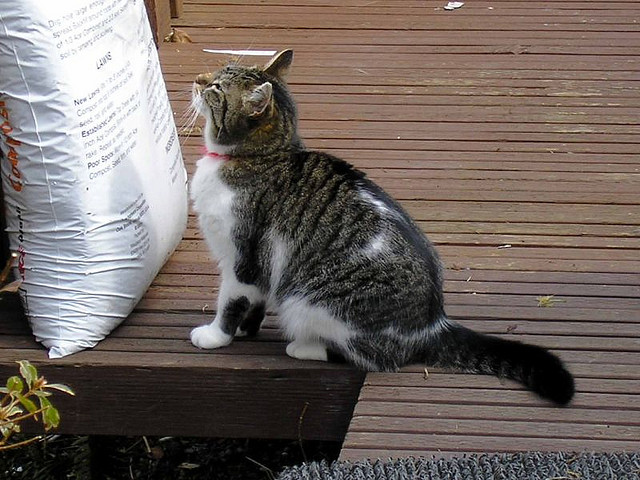 There goes that cat-dog rivalry argument. While this cat is not exactly reading the instructions off a compost bag, there’s no denying that these feline creatures display high intelligence with their problem solving skills and behavioral adaptations to new environments. 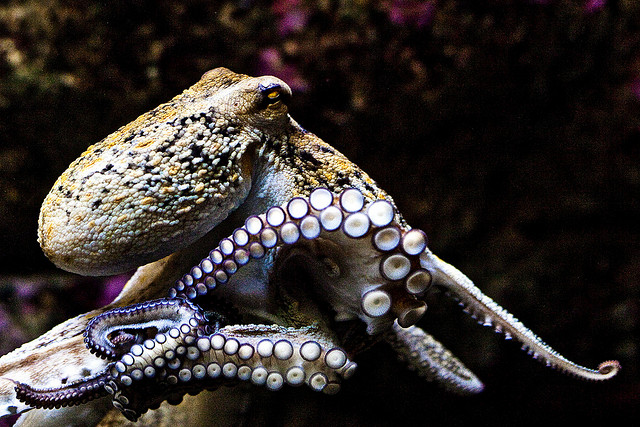 These expertly-skilled hunters have the ability to problem solve (other than just suctioning your mask off to get away). They can manipulate and use tools to catch their prey. 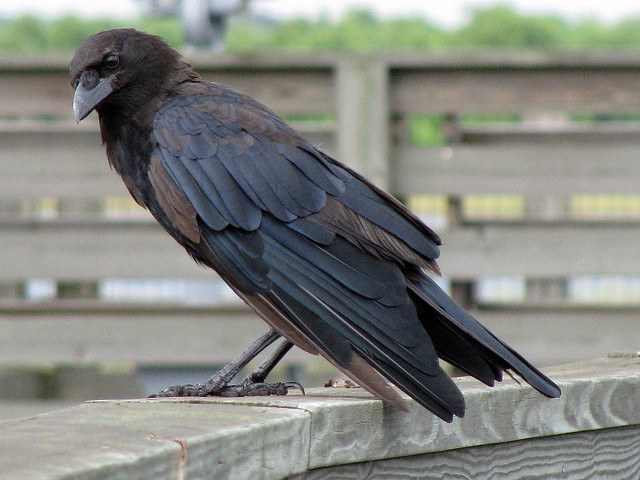 Not even the wise owls can trump the intelligence of a crow (owls aren’t really that smart by the way). Unlike most birds, crows can use tools to solve problems. For example, if there is a tasty treat at the bottom of a bottle that is out of reach for the birds, only the crow will think to use a long wire to hook the treat out of the bottle. Forget the early birds, it’s the crow that gets the worms. 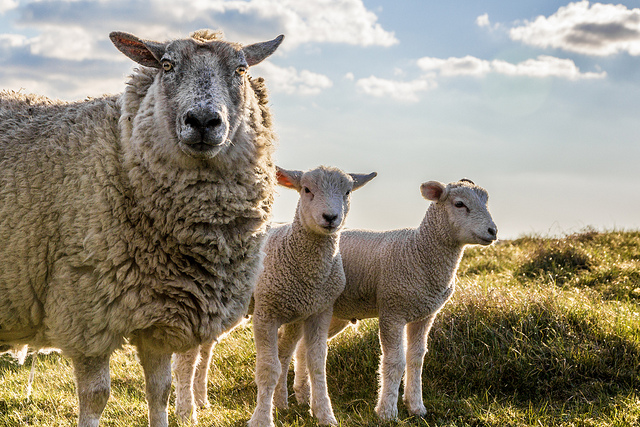 Sheeps?! Un-baaah-lievable! Sheeps have an absurdly good memory and are not too far behind pigs’ intelligence. If a farmer shears a sheep too roughly then leaves for eight years, the humiliated sheep will still remember the farmer when they return. 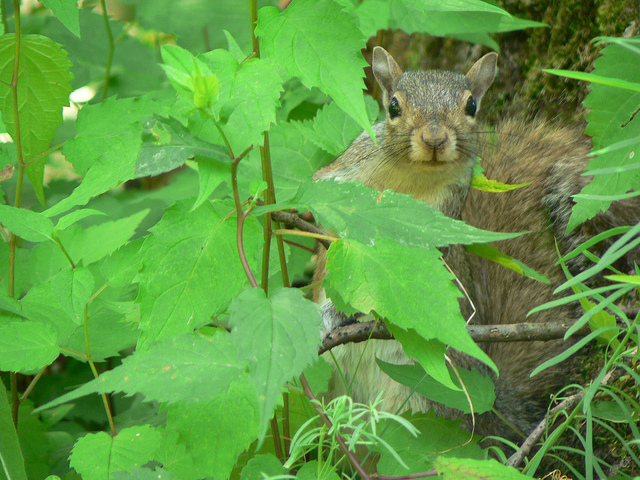 Yeah, right. If they’re so smart then how come we keep hitting them with our cars? While squirrels are not always quick to react to immediate danger, their intelligence lies in gathering food. Squirrels have a ridiculous capability to store memory and can locate acorns they’ve stored weeks earlier in a forest full of identical-looking trees. How nuts is that? 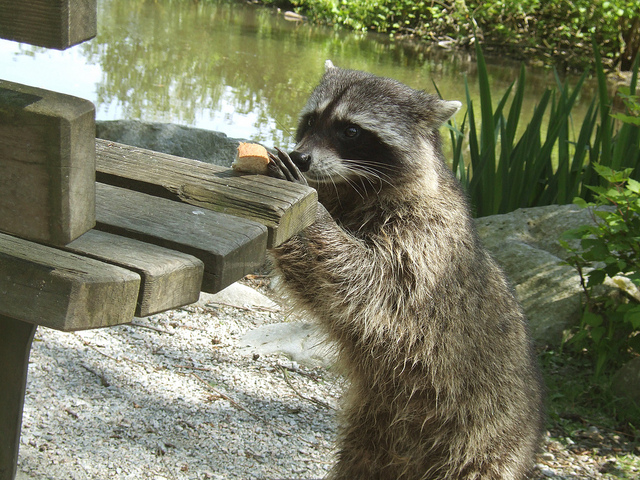 These pesky critters don’t get into your trash bins for nothing. Raccoons know that digging into trash is easier work and is known to outwit several traps people left out for them. They can recognize patterns, are easily trainable and possibly could make decent pets. If only it weren’t for rabies.