Whether it’s the longest name in the world or just plain preposterous sounding, these names are bound to give you a few chuckles. Pick up that penny now because you’re going to need all the luck you can muster when you attempt to pronounce some of these absurdly weird names. Here are 10 of the craziest place names in the world. 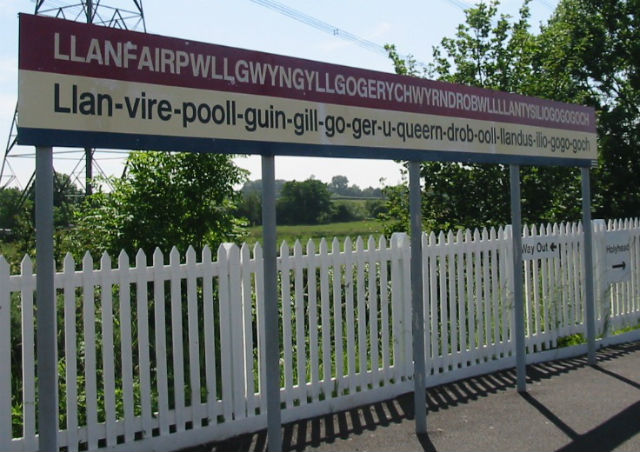 Believe it or not, this Welsh village’s name was shortened (presumably to prevent people from falling asleep mid-sentence). Originally known as Llanfairpwllgwyngyllgogerychwyrndrobwillantsyiliogogogoch, this community coined their lengthy name for tourism purposes. Unfortunately, this plan was not well thought out because potential tourists obviously have great difficulty inputting the village’s name into GPS devices, and can’t really enunciate it correctly to ask for directions. “Excuse me sir, do you know the way to Llafaneergeriwirrl…ah who am I kidding? Just show me the way to Cardiff.” 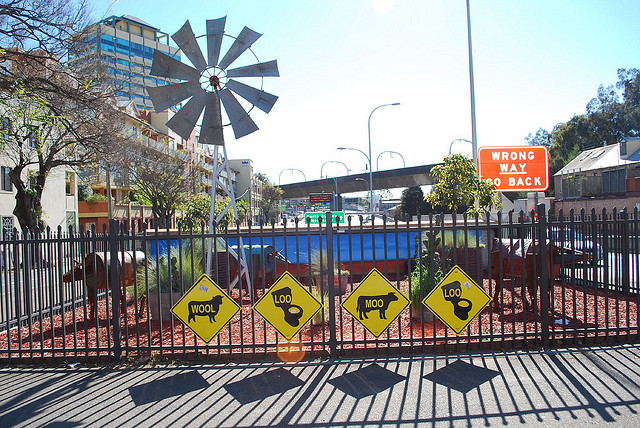 This horseshoe-shaped suburb of Sydney earned its bizarre name from the Aboriginal community meaning “a young male kangaroo.” It’s not certain if Woolloomooloo was founded by a kangaroo, or if there were any young male kangaroos present during the naming of this place. But what’s for certain is there’s no way you can pronounce the name without sounding like a heifer on Quaaludes. 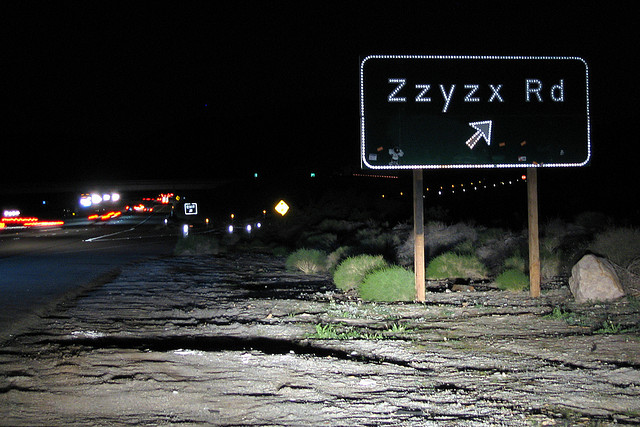 This town christened by Curtis Howe Springer (who thought he was quite clever to come up with the last word in the English language dictionary) is an old railroad town with a few remnants of railroad artifacts remaining. The name was changed from its original much-easier-to-pronounce name –Soda Springs (which is a big let down, because there was no magical Coca-Cola river in sight). Instead, we’ll have to settle for the subtle sound of a mosquito meeting his demise with the electric bug zapper. 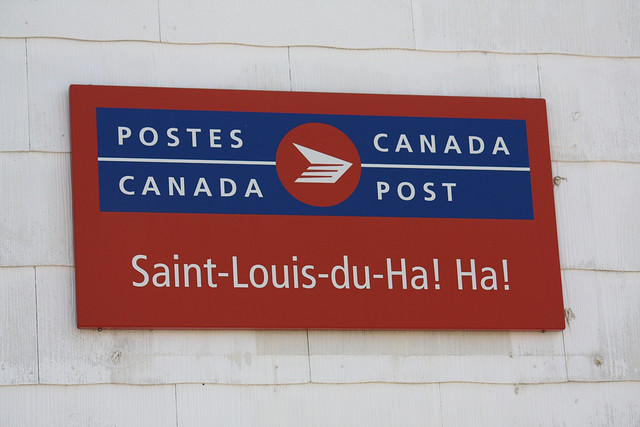 Yes, it is legitimately possible to have a place name with not just one, but two exclamation marks. Contrary to what you may believe, this parish was not named by a band of francophone clowns. Instead, it was named after the three possible Louises: Louis Marquis the early colonist, Louis-Nicholas Bernier the abbot, or Louis-Antoine Proulx the vicar. Although King Louis XIV of France should be an added possibility, since his gaudy taste made him the laughingstock among his people — hence the Ha! Ha! 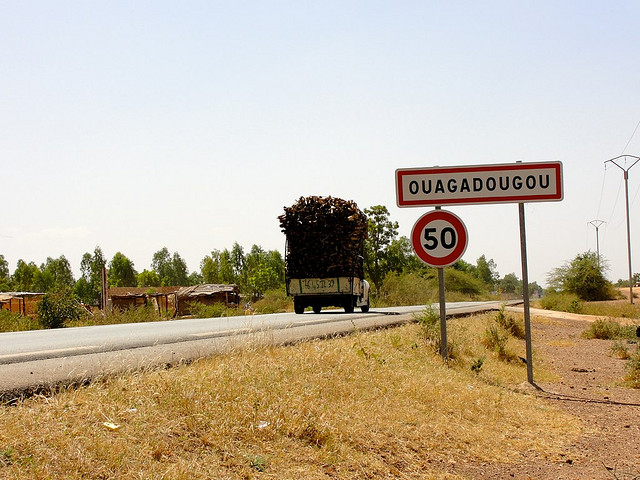 Meaning “land of where people get honor and respect,” this capital city was founded by the Yonyonse tribe (you’re on your own with pronouncing that one) with the original spelling of “Wogodogo.” After the French colonization of the capital, the French colonists—unsurprisingly being frou-frou and pompous—thought the city’s name just didn’t have that extra pizzazz without their French accent, ultimately leading to the city’s new spelling and accentuated pronunciation, “wah-gah-doo-goo.”. C’est la vie!

Did you honestly think the Welsh were only going to walk away with the weirdest place name title once? The Welsh are notorious for their ridiculously hard to pronounce names, and coined this place’s name to beat their rival Llfanewweth…th…the…ah you know the one. Despite the attempt to grab the place with the weirdest name, they still fell short and never received an official recognition. The joke is on the residents who had to put up with the long tedious name with nothing to show for it. 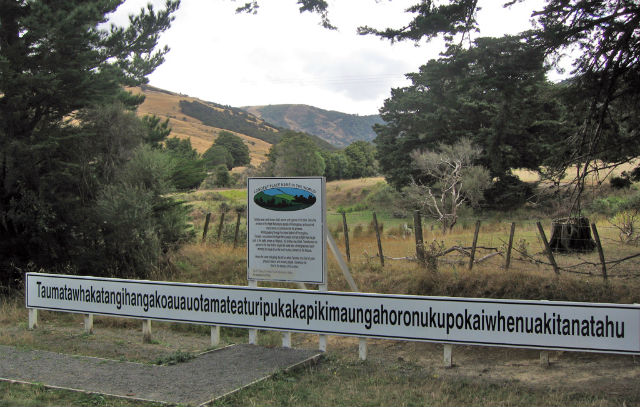 This New Zealand region jumped aboard the Welsh bandwagon. The gibberish (ahem) name apparently means “the man with the big knees, the climber of the mountains, the land-swallower who traveled about, played his nose flute to his loved one.” Seriously, that’s the name’s meaning and no, it is not Fiona Apple’s latest album. And as for this mystical nose flute, it is speculated that it nasally resonates the beautiful sound as its region’s name.

No one there can tell you where the name stems from, but the strange part is the mere fact there are two towns with the exact same name within miles from each other in Devon. The best anyone from the two villages can tell you about its origin is that it probably means “Wulfheard’s homestead.” Who Wulfheard was, or whether he resembled a Wulfheard is as good as anybody’s guess. However, they can unanimously agree that he is to blame for their mixed up mails. Incidentally, it’s pronounced “Wulzery.” 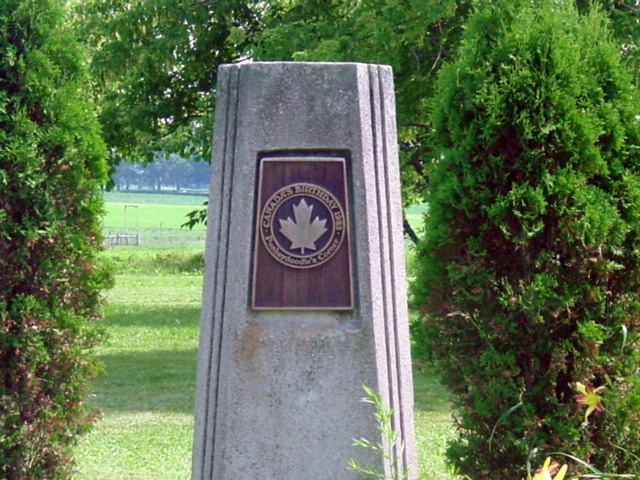 Don’t be fooled by this children’s-show-sounding name, Punkeydoodles Corner is a serious hamlet that stirred up several folklores on its name’s origin. One story claims that it stems from the nickname of a local inattentive pumpkin farmer who often got on his wife’s nerves. Another possibility of the hamlet’s name origin is the story of a local drunk who kept slurring his words to Yankee Doodles and sounded like “Punkey Doodles” to his fellow bar mates. If you ever happen to drive past this hamlet, pull over, turn off your car and listen quietly, you might hear his nonsensical singing echoing in the wind. 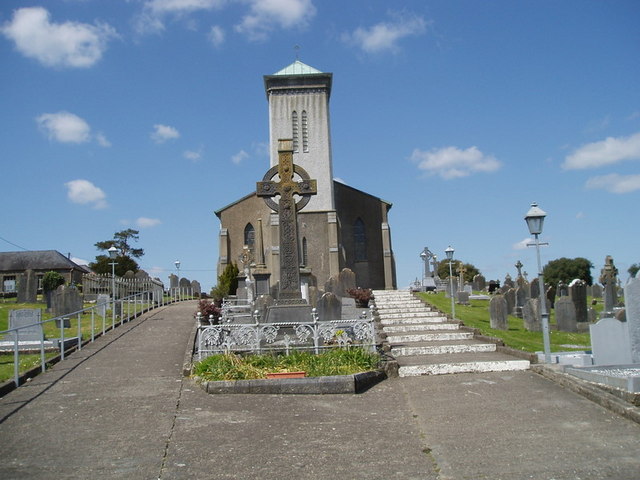 Kilmacow is a small village in County Kilkenny (you bastard!) with a population of only 2,000. This name comes from the Gaelic language meaning “Mochua’s Church.” When visiting this rural village, keep in mind that despite what it may sound like they’re asking you to do, please for God’s sake, do not kill their cows.