South Africa has magnificent home-grown architecture, courtesy of the numerous settlers that arrived through the centuries and adapted the styles of their home countries to the geography and weather of their new home. Though the original settlers are long gone, they left their architectural heritage for us to enjoy, or even book a room. These unique cultural gems can be found from the the streets of Cape Town, to the furthest reaches of the country. Here is a sampling of a long list of gorgeous historic houses in South Africa. 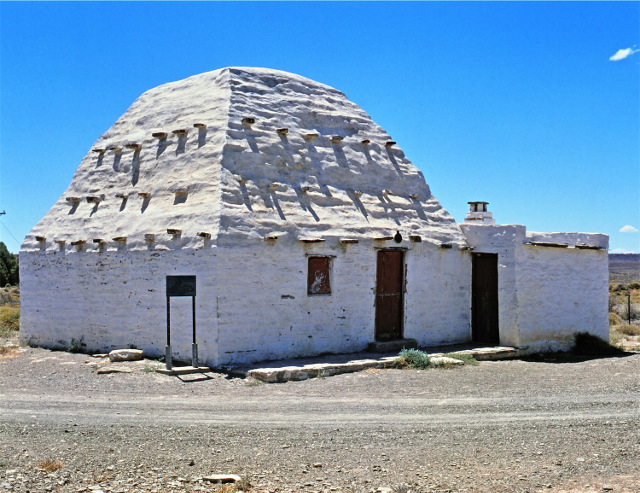 Trekboers constructed this house from stone in the early 1800s, and the current owners and caretakers are their great grandchildren. Reflecting the cultural history of the Karoo region, it now serves as a national monument. While you can spend the night, be prepared for no cell phone service and an interior lit by candles — keeping true to the 19th century theme. 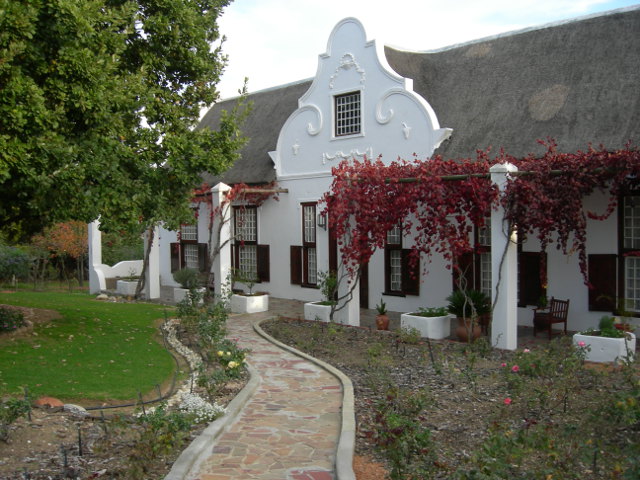 Built in 1809, this charming estate still has all of its original features. The Cape Dutch-style house is filled with 19th century antiques and is located between two museums filled with historical artifacts from the area.

There was no wood available in the area when this house was constructed, so they used an ancient method known as corbelling. It’s since been converted into a guest house where you can fall asleep while looking up at the fascinating circular ceilings. 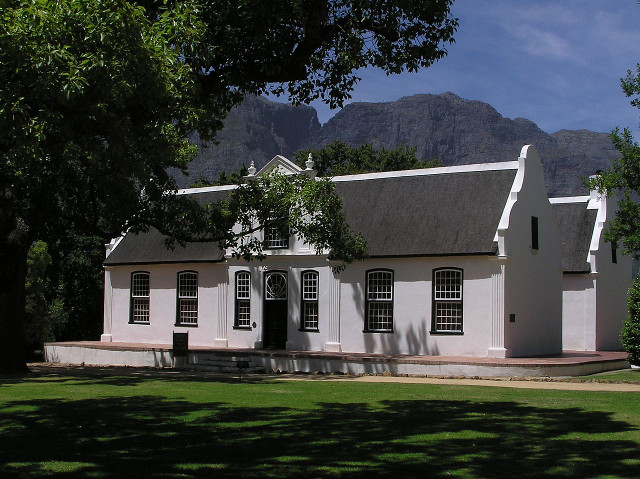 Not only is Le Rhone house a great example of the Cape Dutch style, it’s also nestled next to a vineyard known for its excellent white wines. The first owner, Jean le Long, was one of a party of 200 French Huguenot refugees who fled religious persecution in Europe. 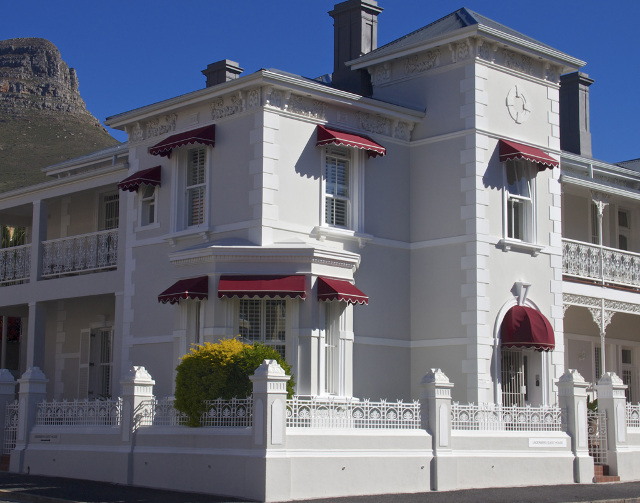 Originally built in 1860, the Underberg Guest House served as a farm house and hosted notable guests such as Rudyard Kipling who loved to stroll the area. In 1990, it was showcased in the film That Englishwoman: An Account of the Life of Emily Hobhouse. 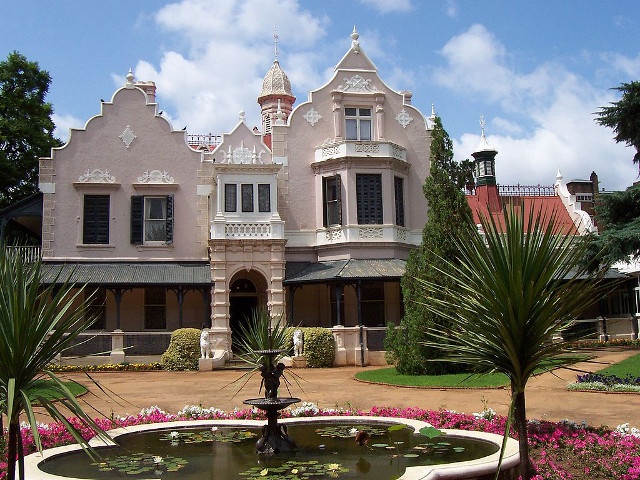 Once owned by Pretoria businessman George Jesse Heys, this mansion now serves as a museum featuring many items from the wealthy Heys family. It’s important in the architecture world as it represents a transition from Victorian to Edwardian styles. 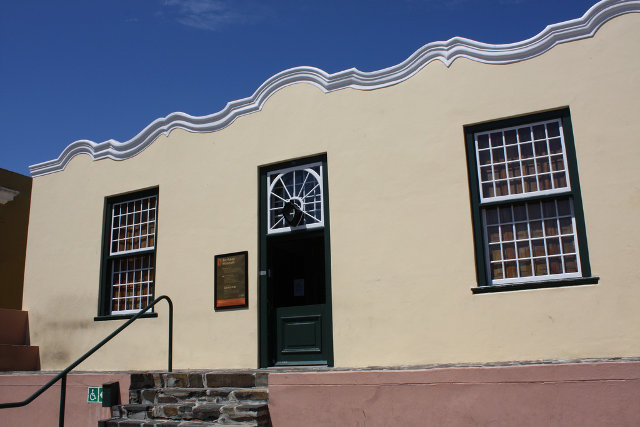 Although the museum was only established in 1978, the actual building it’s housed in dates to sometime in the 1760s. The museum is centered in the colorful and historic Bo-Kaap district, where Muslims and freed slaves lived after abolition. 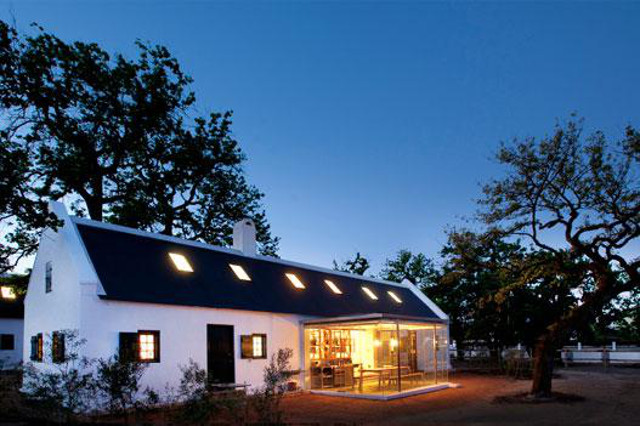 This gorgeous manor house dates back to 1777, one year after the United States declared independence from the British. The farm itself is even older, dating back to 1690. You can find a full timeline of the houses’s history here. It currently operates as a luxury hotel. 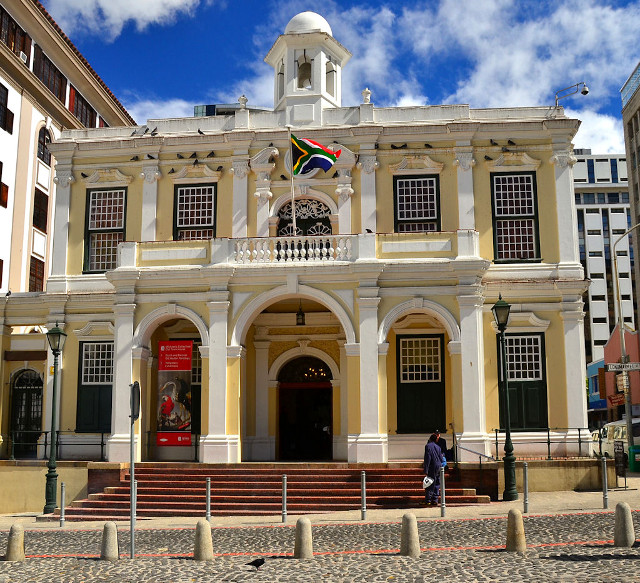 Built in 1755, the Old Town House of Greenmarket Square is possibly the most recognizable house on our list — at least for those that have been to Cape Town. It was the city’s first public building, later converted into the city’s first art museum in 1914.

This Victorian gem in the Karoo was completed in 1899, and shortly thereafter it served as the Headquarters of the Cape Western Command, and as a military hospital. Since 1970 it has been a hotel, and is rumoured to be haunted. It was named for Lord Alfred Milner, the governor of the Cape during The South African War (Anglo-Boer War).

This article was originally published July 2, 2014.