Chobe National Park in northeastern Botswana was established in 1967. It was Botswana’s first national park, and is the country’s third largest at 11,700 square kilometers. Chobe is one of the top safari destinations in Africa, for 10 very good reasons. 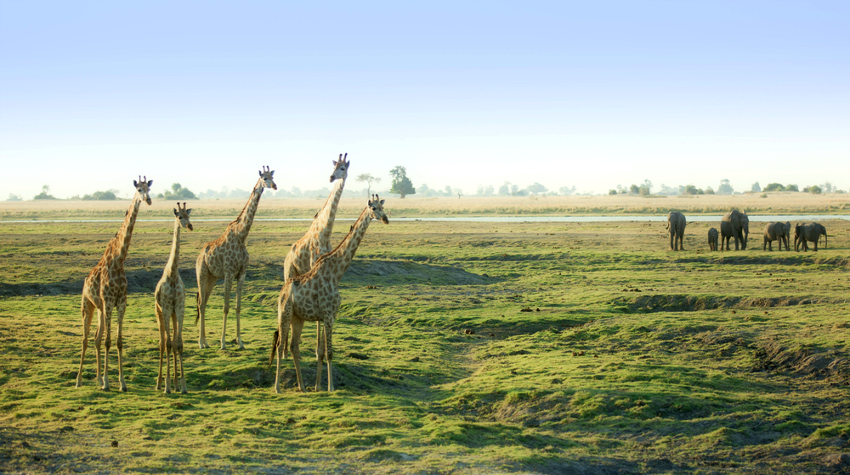 Giraffes and elephants on the Botswana savannah (Shutterstock)

Chobe has four distinct ecosystems, which encompass both river wetlands and dry savannah. As such, the park is home to some of the greatest concentrations of animals in all of Africa, which can be seen year-round. 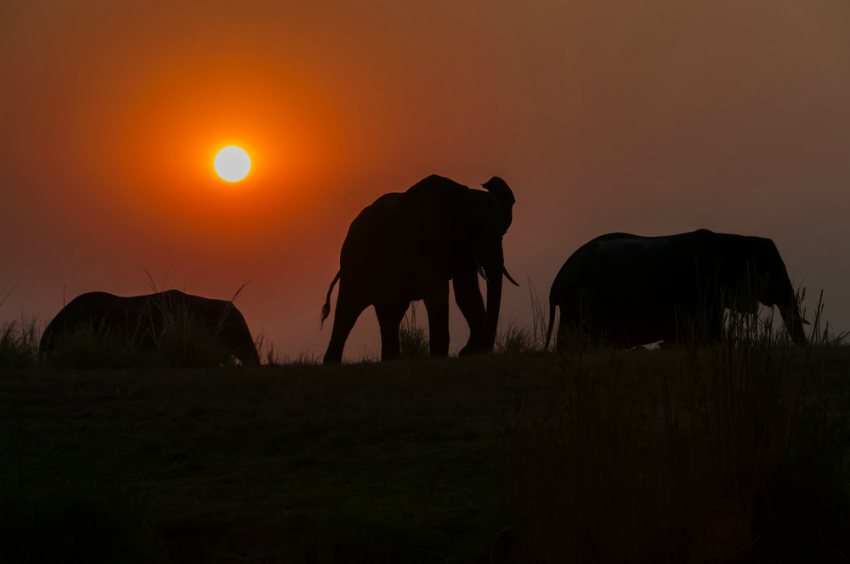 Chobe is home to an estimated 50,000 elephants. At certain times of year herds of up to 5,000 can be seen grazing on Chobe’s flood plains and bathing in the river. 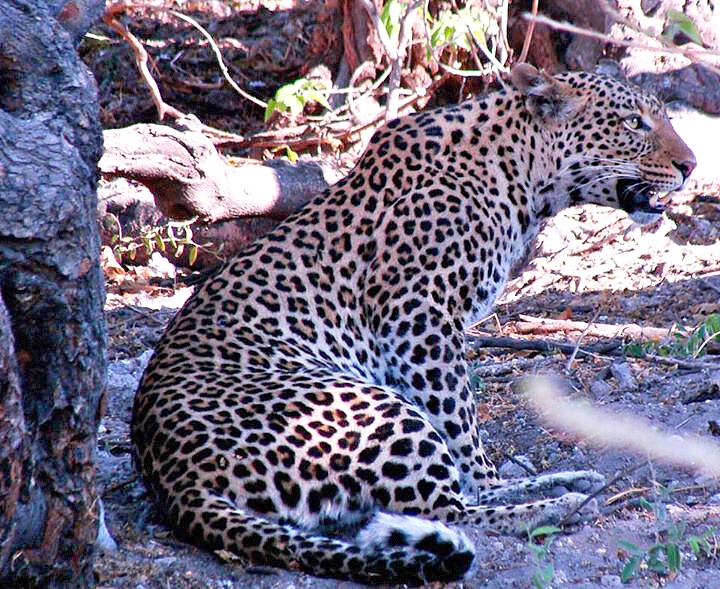 Chobe has a healthy leopard population, and the elusive cats can often be spotted at close range here — vehicles are not allowed to go off road to chase any animals, however. 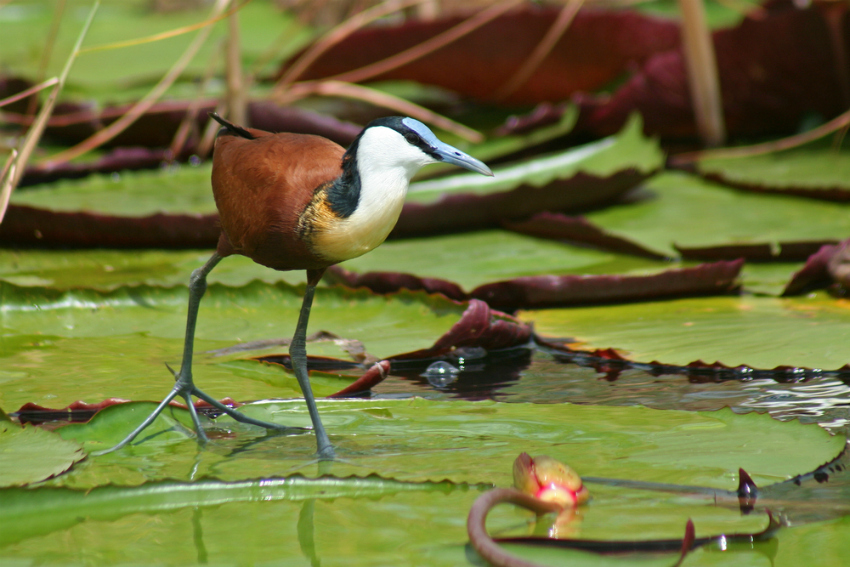 A jacana on waterlilies in the Chobe River (Shutterstock)

Birdlife is quite prolific in Chobe National Park with an estimated 460 species of birds found here at any given time of the year — many are migratory. 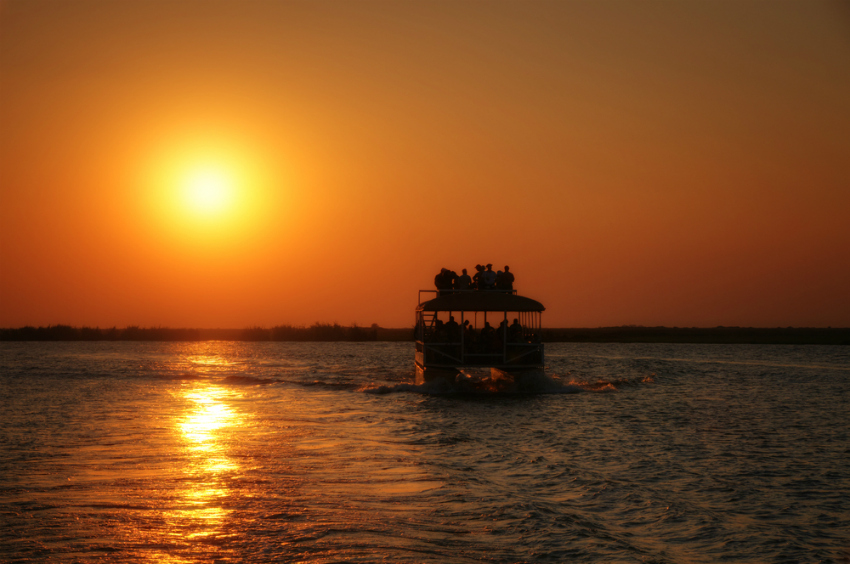 Safaris in Chobe are unique because they incorporate time on the Chobe River with time on the ground — not a lot of parks can offer this combination. 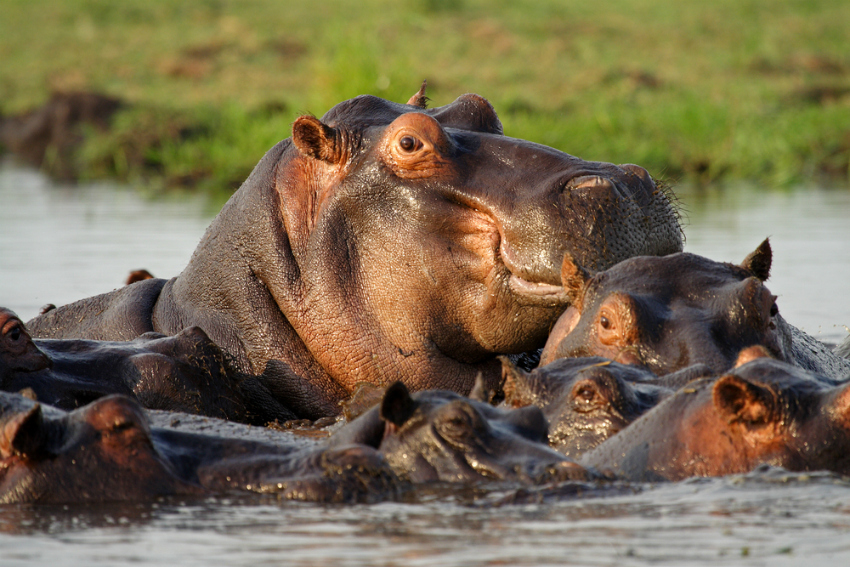 The Chobe River separates Botswana from Namibia. Here you can expect to see plenty of hippos, crocodiles, birds and often buffalo and elephant grazing on the channel island the boats circle. 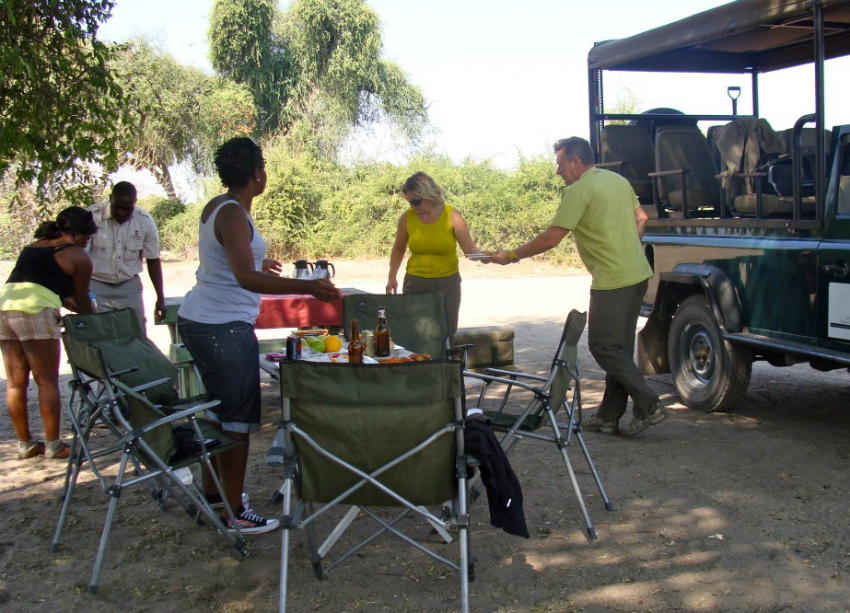 Lunch in the bush at Chobe (photo by Becca Blond)

Eating lunch in the bush is another cool aspect of the Chobe safari. If you’re lucky a herd of giraffes or even elephants will wander by. 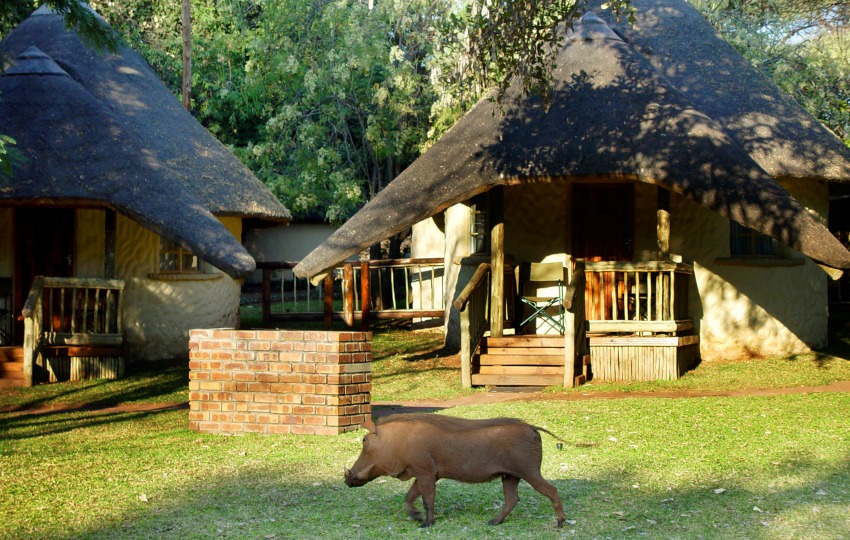 There are three main camping sites within the park, plus two luxury bush camps and several permanent luxury lodges, such as Chobe Safari Lodge.

The Savuti Channel, which feeds the marshland in the west of the park, mysteriously dries up for long periods then flows again (possibly due to underground tectonic activity). When it’s flowing, the area attracts thousands of migratory birds and large herds of mammals seeking water. 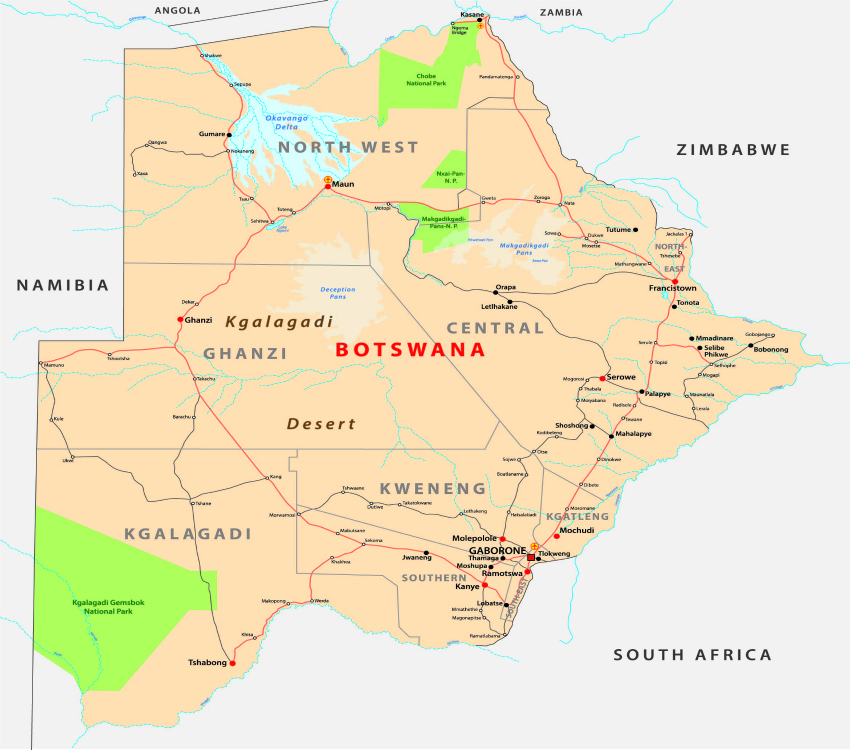 Chobe’s location in northern Botswana, close to the borders of Zimbabwe, Zambia and Namibia, means the park is easier to access from these three countries than from much of Botswana itself. Most visitors come from Victoria Falls (Zimbabwe), which is just a two-hour drive from Chobe.