Sometimes you get tired of the same old same old when it comes to dining out, and you want a night out someplace a little different or unusual. Well, the following places allow you to to break out of your rut and dine with sharks, or in a tree, or even in a plane! Sure some of them are gimmicky and touristy, but we think they are still fun and ingenious.

So read on and find out about nine decidedly unique and unusual dining experiences in Africa. 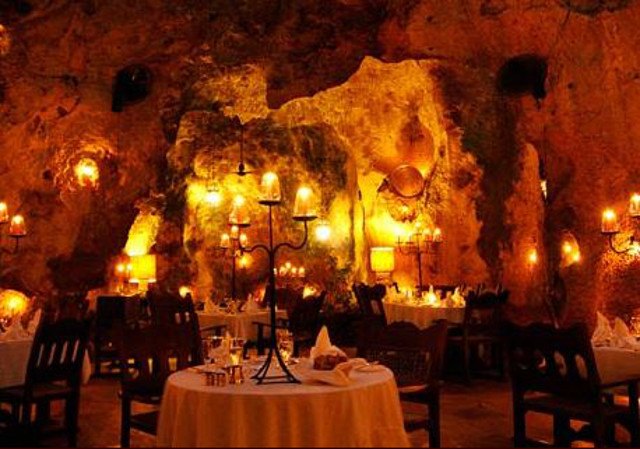 Ali Barbour’s Cave is a restaurant that sits in a cave dating back 120,000 to 180,000 years. Located 30km south of Mombasa, the interlinking chambers are 10m below ground level and have ceilings that open to the sky. Diners eat international cuisine (with an emphasis on seafood) while gazing at the stars in an intimate and elegant atmosphere.

The Rock Restaurant rises on a rock offshore from Michanwi Pingwe Beach on the east side of Zanzibar island. Holding just 12 tables and an outdoor terrace with panoramic views, this seafood restaurant is accessible by foot at low tide, and by boat at high tide. 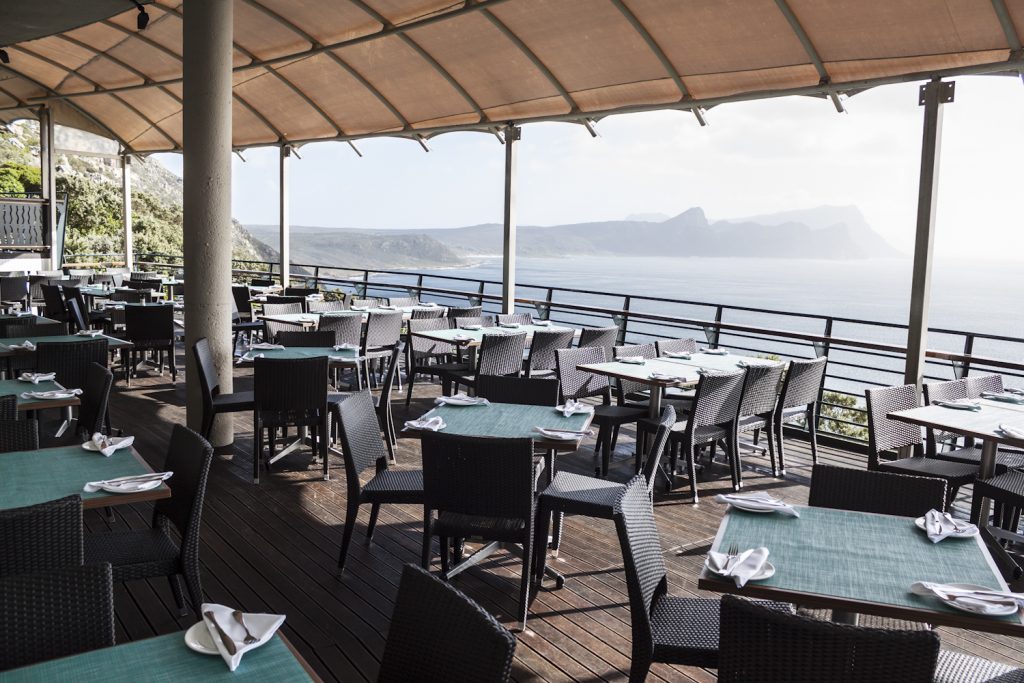 So named because its sits at Cape Point, where the Indian and Atlantic oceans meet, the views from this restaurant are what attract diners. The ribbed ceiling design resembles a whale’s rib cage, and directs diners’ eyes straight out to sea. The menu isn’t bad either, combining classic seafood dishes with fine wines, delectable desserts, and fresh sushi.

Courtesy of The Big Baobab

When baobab trees reach 1,000 years old, they begin to hollow inside. Which is how the inside of the Sunland mango farm’s “Big Baobab” ended up as a bar. The tree is thought to be over 1,700 years old and is located on a property that includes accommodation, hiking, quad biking, and a tree house. 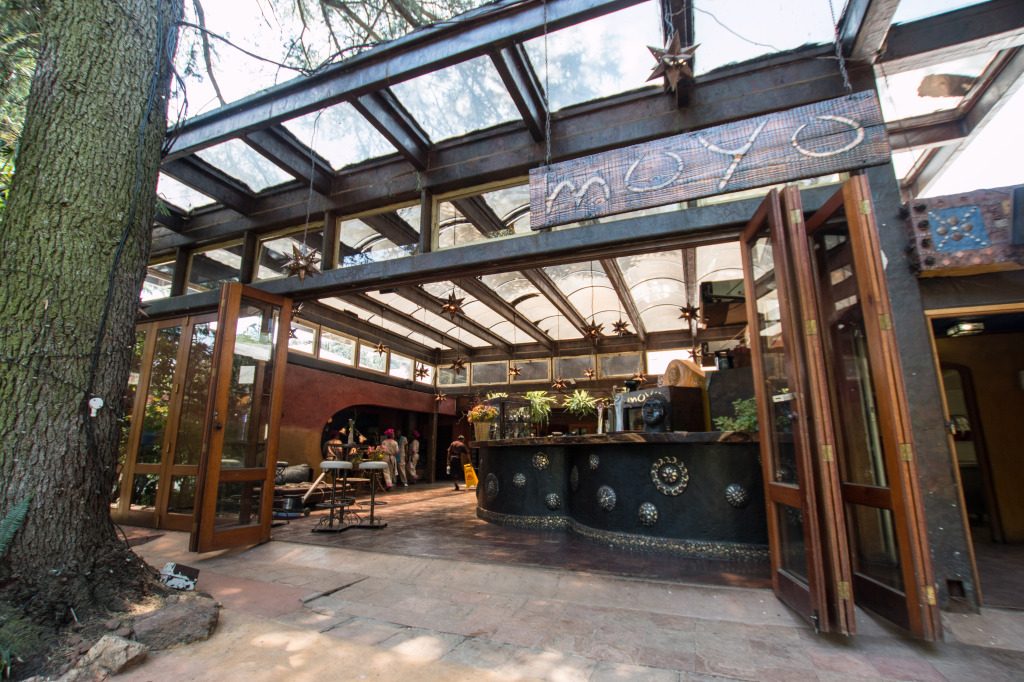 In the midst of the hustle and bustle of Johannesburg is a tranquil park known as Zoo Lake. And at Zoo Lake is a branch of the African-themed restaurant chain, Moyo. The expansive property takes on a magical quality in the evening, as the lights get low, the singing, dancing and live music start, and the spirit of Africa emanates from every corner. 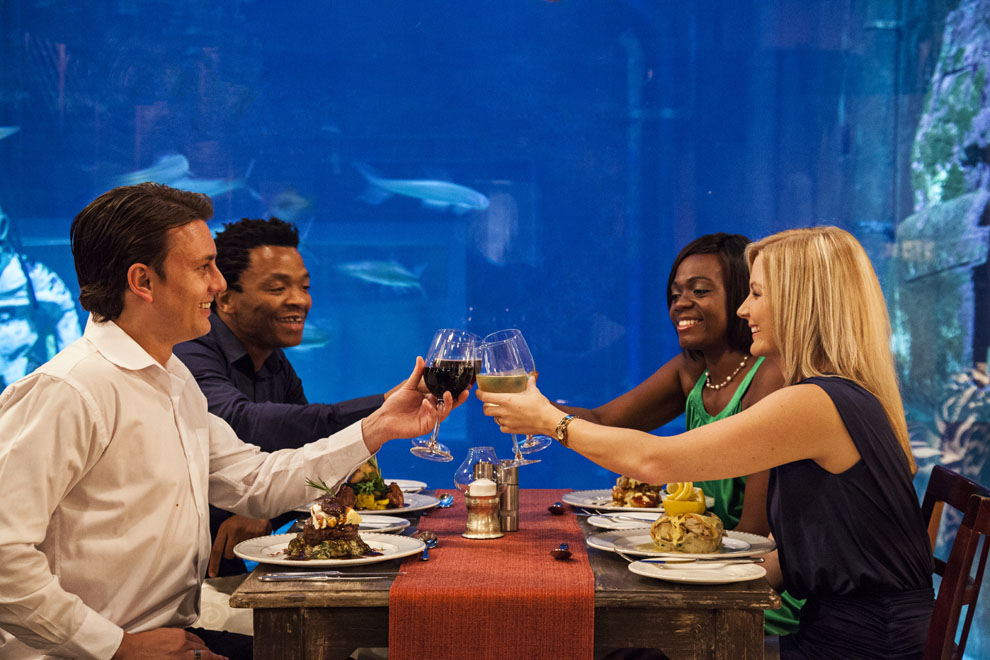 The Durban-based Cargo Hold restaurant is located in the stern of a replica “phantom ship” at uShaka Marine World, one of the largest marine parks in the country. Diners can either sit by the windows that overlook the ocean, or book a seat next to the wall-sized aquarium and watch sharks go by as they eat (book these tables well in advance). Cuisine is high-end international and South African fare. 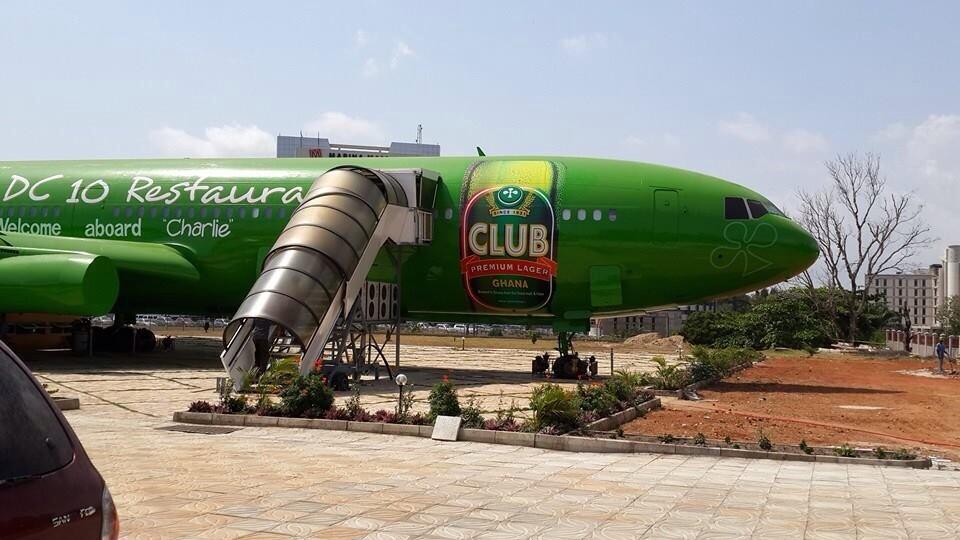 This quirky Accra restaurant is located inside a plane that has a long back story. It used to be part of the Ghana Airways fleet, but when the airline went bankrupt in 2005, the plane was impounded for a time at London’s Heathrow airport because of the national carrier’s unpaid debts. Now it’s parked at the Marina Mall at Airport City in Accra, and is popular with tourists, and locals who have never seen the inside of a plane. 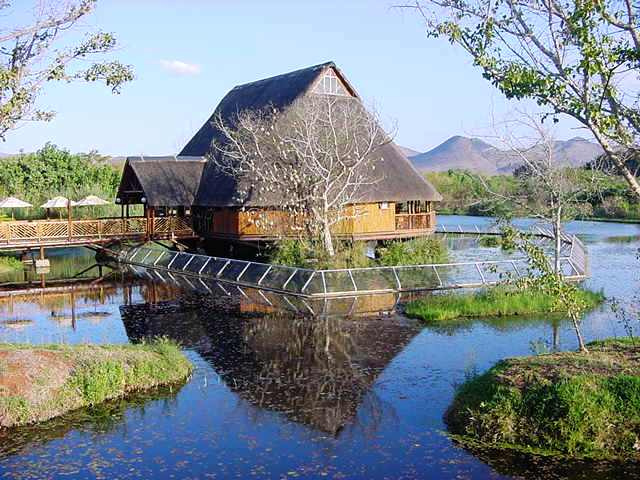 This cleverly-named restaurant is situated at the entrance to the Pestana Kruger Lodge, on the croc-infested waters of the Crocodile River at Malelane. The thatched-roof, boma-style restaurant overlooks a small enclosure that’s home to seven crocs, which you can see from the deck. 500 g T-bones are a speciality here, as is peri-peri Mozambique chicken and seafood. It’s nice place to stop after a day in the Kruger National Park, which is just on the other side of the river. 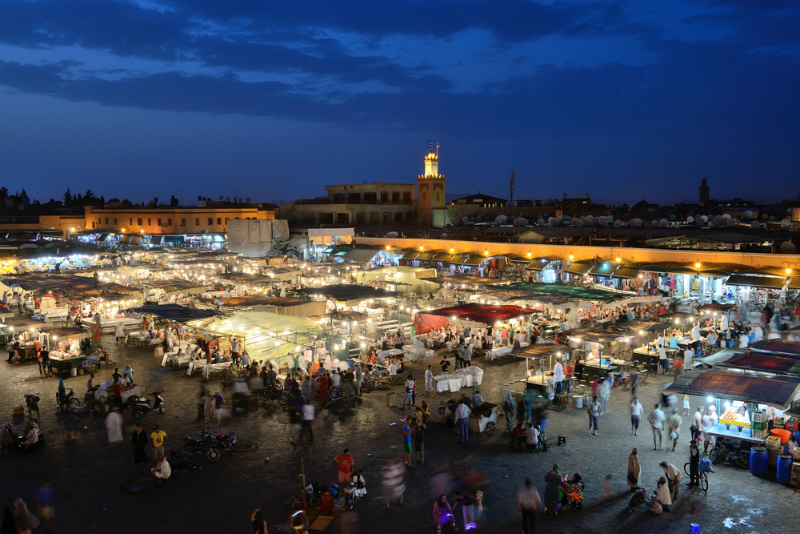 OK, so this one isn’t a single venue, but rather a huge square full of food stalls, vendors and mobile eateries at the heart of Marrakech. Watch snake charmers, henna artists and live music as you nosh on delicacies from some of the 100 stalls and bask in the manic energy, noise and smells of Morocco.