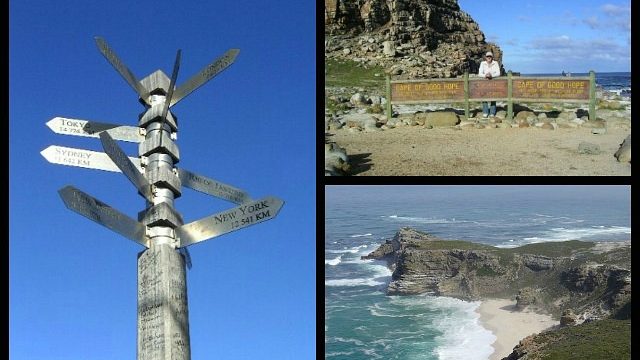 Get out of Cape Town for the day and tour the glorious Cape Peninsula, taking in the Cape of Good Hope, Hout Bay and Boulders Beach, all for just US$153.35.

On your way out of Cape Town you’ll pass through the quaint fishing village of Hout Bay, following the twists and turns of Chapman’s Peak road and taking in magnificent 180-degree views of the ocean and coastline below while the breathtaking mountains rise up on the left side. In Hout Bay, take a boat ride to Seal Island, where approximately 700 cape fur seals have made their home, and be prepared for sightings of whales and dolphins!

Then you’ll proceed to Cape Point, a narrow finger of land with beautiful valleys, bays, and beaches surrounded by the Atlantic and Indian Oceans. Cape Point is part of the Cape Floral World Heritage Site and is rich with fauna and flora that you can admire while you make your way to the Cape of Good Hope and the most powerful lighthouse on the South African coast. This route was first traveled by a European in 1488 when Diaz sailed around it on his search for an ocean pathway to the East Indies.

You’ll then head up the other side of the peninsula, with False Bay on your right, and stop at historic Simon’s Town and Boulders Beach, home to a unique colony of African penguins. From just two breeding pairs that settled here in 1982, the colony has grown to over 3,000. Observe this popular species at close proximity as they wander freely in their natural environment.

The topographic contrast between the front and back sides of Table Mountain can clearly be seen while driving back to Cape Town through the fishing village of Kalk Bay, past the colorful houses at Muizenberg, and then on to the Constantia Wine region, the oldest in the Cape.

Hike And Bike Around South Africa For Under $2,000

Egypt On A Shoestring Budget From $674 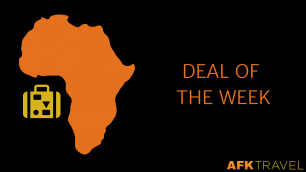